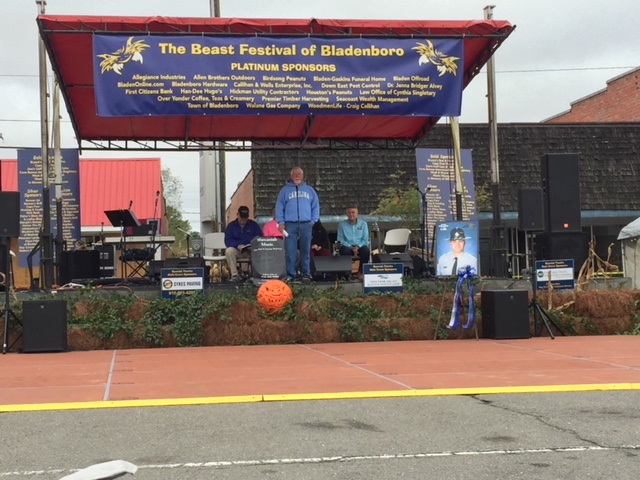 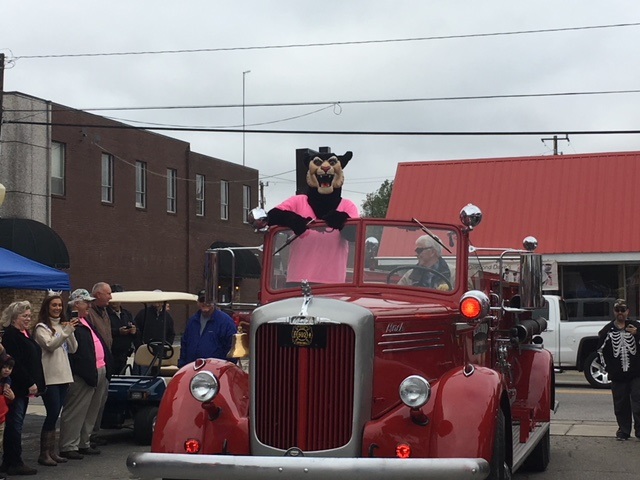 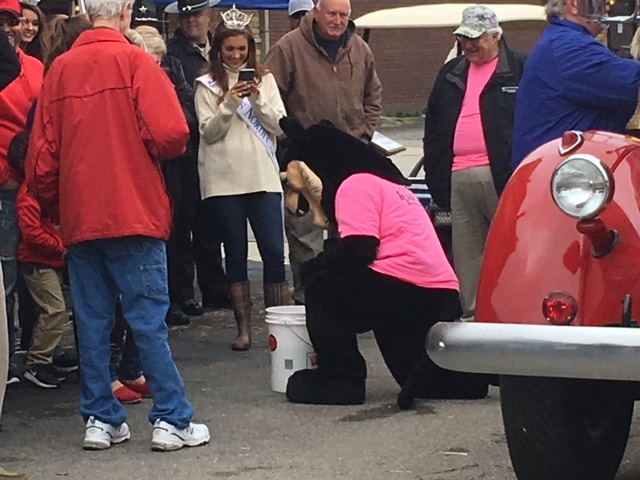 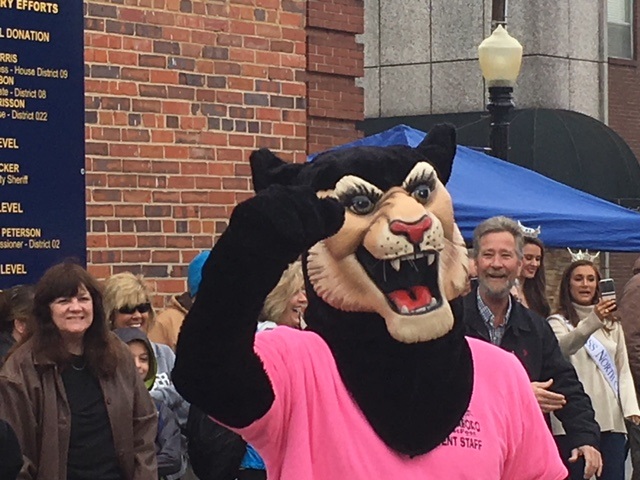 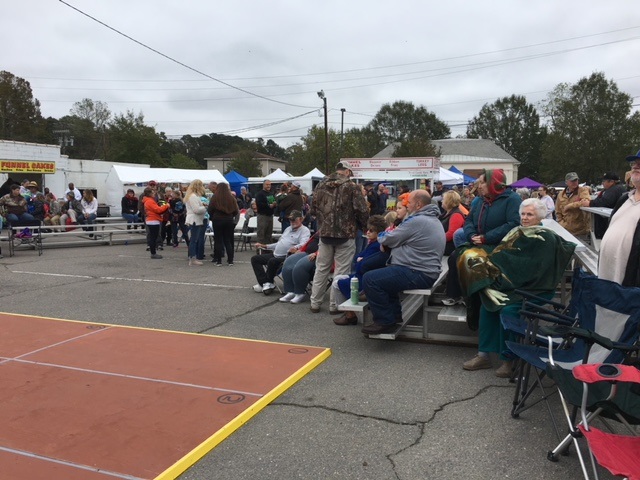 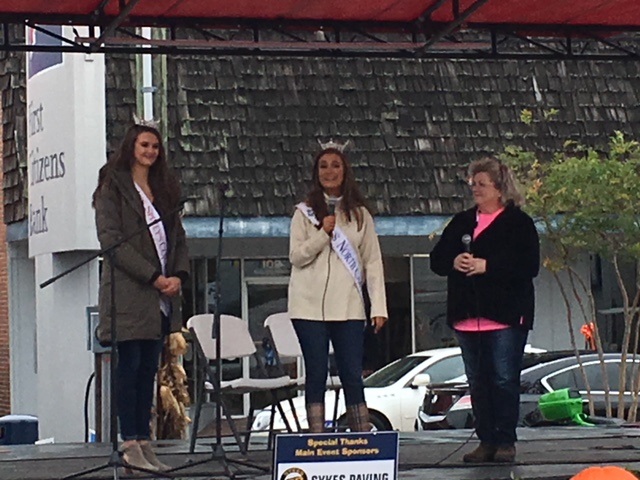 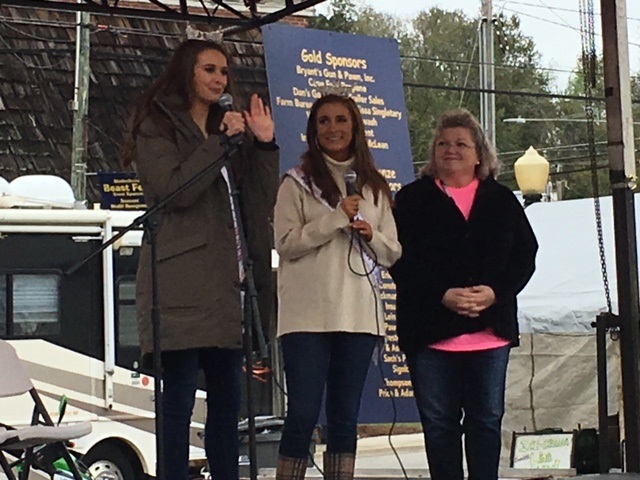 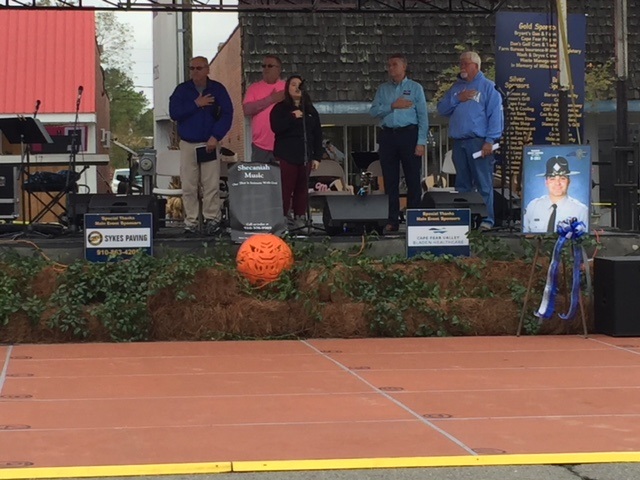 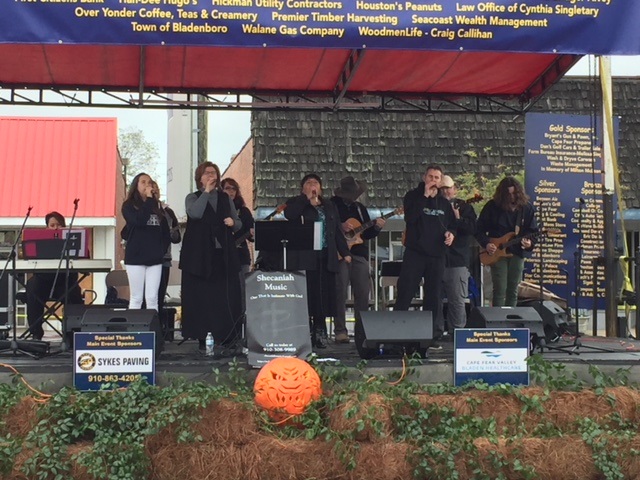 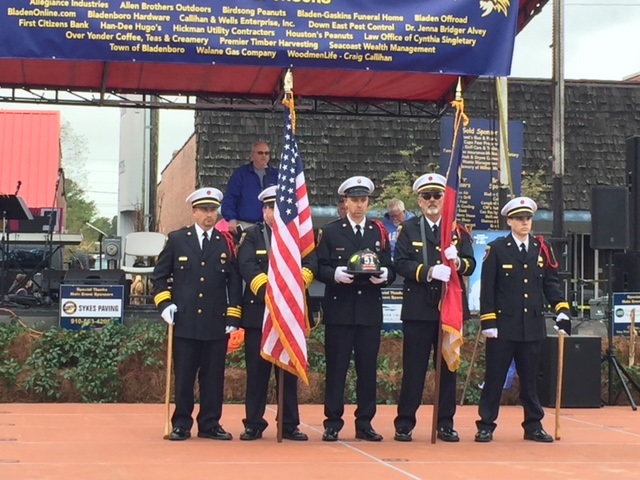 While skies were overcast on Saturday morning, it didn’t dampen the spirits of the large crowd that attended the 12th annual Beast Fest in downtown Bladenboro.

The event began on Friday night with the opening of the rides and games. The festival continued on Saturday morning with a moving tribute to NC Highway Patrol Trooper Kevin Conner who lost his life in the line of duty. The tribute honored Trooper Conner’s life and sacrifice.

The Beast of Bladenboro made an appearance during the well attended festival as well, dancing his way through the festival and enjoying thrilling the children.

For those who attended the Beast Fest in search of great food, there wer plenty of items from which to choose. The one culinary delight enjoyed by many festival goers were the Collard Sandwiches.

There was also a trunk or treat hosted by New Light Church and a children’s Halloween Costume Contest was also held.

The day wrapped with a performance by Eli Williamson as Elvis and the final concert of the evening featured the Band of Oz.

Plans are already underway for the 2019 Beast Fest.