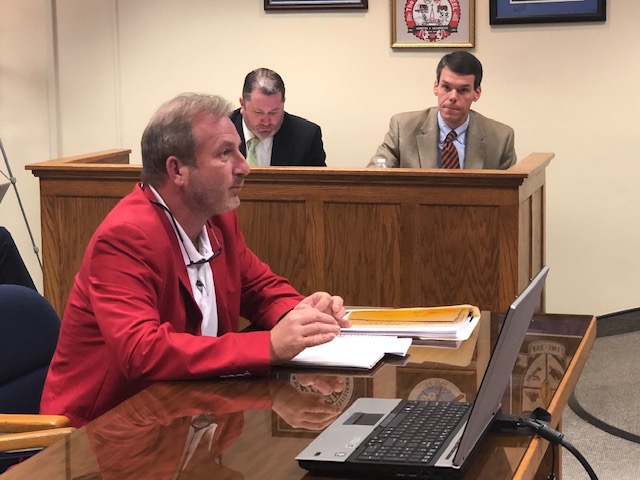 $16,000 lost for every person not counted, officials prepare for Census

Every person counts. That is the message the 2020 Census and Bladen County officials want all residents to understand.

“For every person not counted the towns and county are losing over $16,000 per person for the 10 year period. This money is used to provide essential services to our citizens,” Elkins stated.

North Carolina Gov. Roy Cooper stressed the importance of the 2020 Census in April with a press release. At stake for North Carolina in the next census are accurate data about the state and its people, billions of dollars in federal funding, and the possibility for an additional seat to represent the state in Congress, according to the release.

“Census data drives critical decisions in business, economics and government, and impacts important services and programs throughout the state,” said Cooper. “The outcome of next year’s census will affect our state’s overall health, growth and prosperity for years to come and we must work together to achieve the most accurate and complete count of North Carolina’s people possible .”

•    Determine the size of North Carolina’s representation in Congress, and our state is likely to gain another seat;

•    Bring tax dollars back to our communities – over $16 billion in estimated federal funding, or approximately $1,623 per person in our state;

•    Support planning and services to our people for the next 10 years as local businesses and governments use US Census data to serve the needs of our population; and

•    Act as a starting point for the State Demographer’s annual population estimates, which the state uses to determine tax revenues with local governments.

Established by the US Constitution, the US Census Bureau is required to conduct a count of every person in the United States, including North Carolina, every ten years.

“The census is North Carolina’s opportunity to have a voice and to be counted for our share of billions of dollars in federal funding for much-needed community services and programs,” said Sanders, who serves as Chair for the NC Complete Count Commission. “All people in all communities living in North Carolina deserve to be counted and we are working together to ensure they will be.”

The Bladen County 2020 Census Complete Count Committee planned another meeting in June to continue promoting the importance of the 2020 Census.