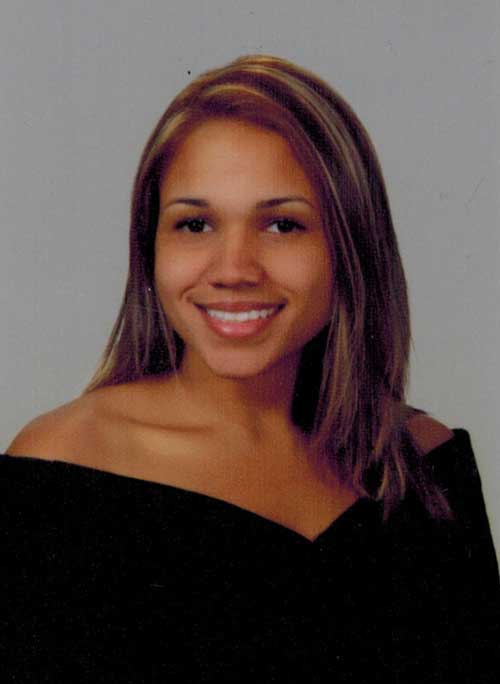 Nakita Shumpert, 21 years old, has just graduated with a double major in Criminal Justice and Sociology from UNC Pembroke with several awards and has been an exceptional leader while pursuing her education.  She started school at Plain View Elementary in the first grade, continued on to Tar Heel Middle School and finally graduated from West Bladen High School in 2011 with honors, where she was in the Beta Club, a dedicated band member and Color Guard Captain.
She went on to continue her education in the Fall of 2011 at UNC Pembroke where she was in a leadership program for the first 2 years of college. During that time she joined  Kappa Delta Sorority, in which she held several leadership positions.  While pursuing her education, Nakita worked at Food Lion for several years, and went on to find a position in the Business office at the University for the last 2 years of school.
While going to school and working Nakita was involved in several internships, one with Robeson County Probation and other voluntary programs in the field of Criminal Justice.  Nakita also made the Chancellors list consistently from 2013 until graduation.
Just one week after graduation Nakita received a call from a gentleman that she interned with at Robeson County Teen Court and Youth Services, who offered her a full-time position, as the Resident Service Coordinator for Pembroke Housing Authority. Now she is working and fulfilling her dreams as an exceptional part of society.
BladenOnline would like to congratulate Nakita, and recognize her great successions.
Share this article using the shortlink: https://bladenonline.com/?p=16679