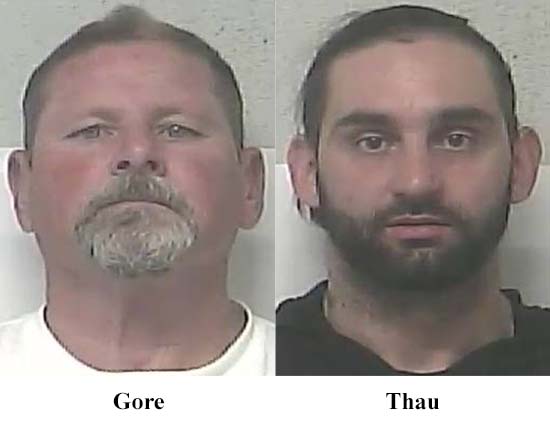 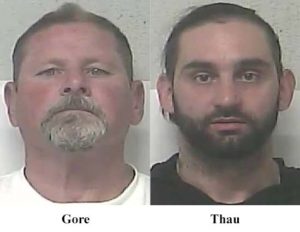 Two men from Wilmington were in the Bladen County Detention Center and another man was hospitalized in critical condition Saturday following a shooting at an abandoned lumber mill in Bladen County, Sheriff James McVicker said.

Allen W. Blanchard, 34, also from Wilmington, was airlifted from the scene to New Hanover Memorial Hospital in Wilmington, McVicker said.

The shooting happened about 10:30 a.m. Saturday at an abandoned lumber mill off NC 210 in the Kelly area that is owned by Squires Timber, according to McVicker.

“What we know at this time is that a boat was stolen in New Hanover County on Dec. 17, and the owner of the shop where the boat had been left for
repair received information the boat might be located in Bladen County,” McVicker said.

The sheriff said that Gore, who is the owner of the shop, came to Bladen County on Saturday looking for leads about where the stolen boat may be. Gore saw Thau and Blanchard loading scrap metal in a truck at the abandoned mill and confronted them. During the altercation, McVicker said, Gore shot Blanchard.

McVicker said the investigation is continuing.