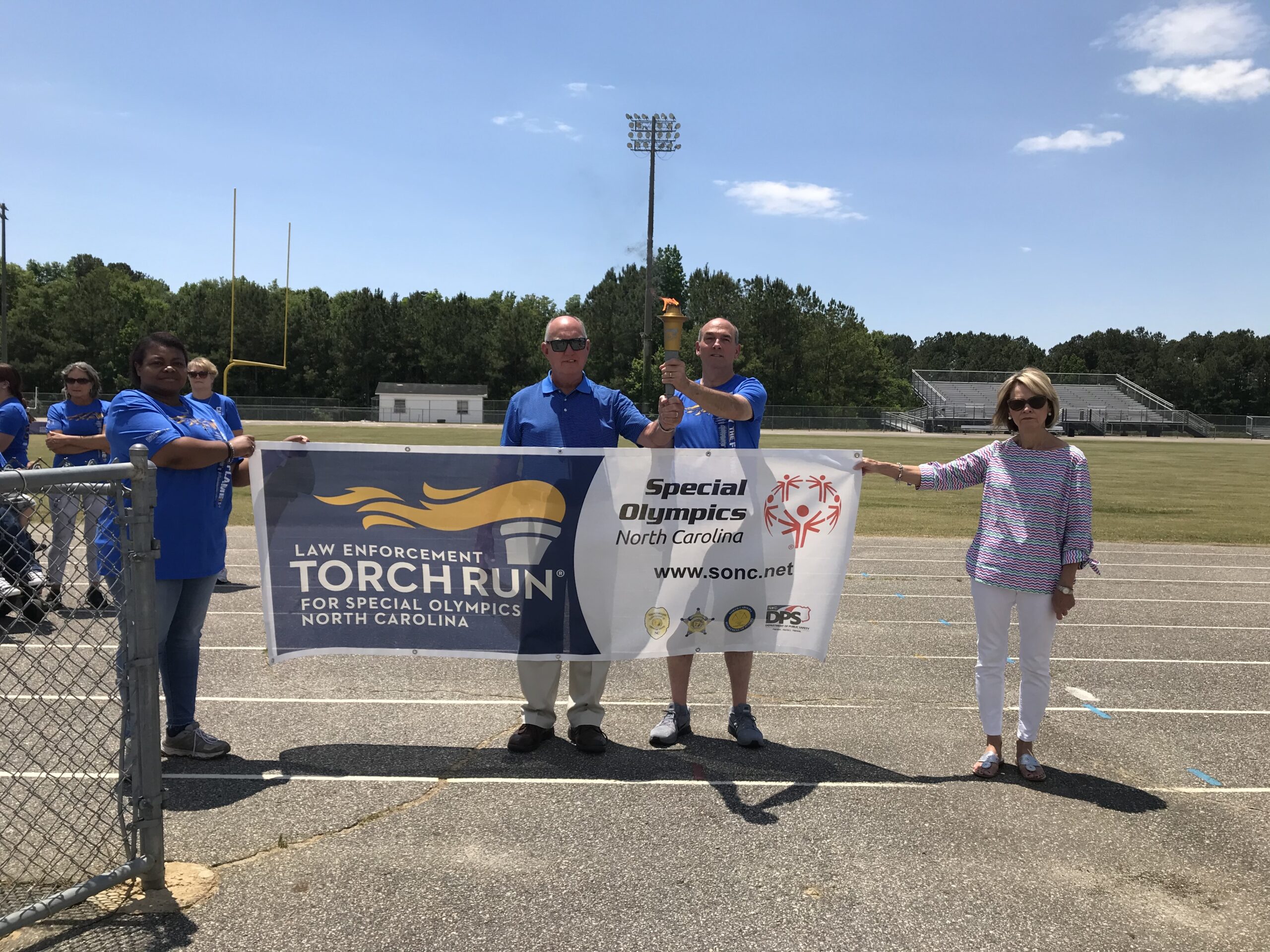 The flame from the torch symbolizes courage and celebration of diversity uniting communities around the globe. The torch run included a total of four laps around the track. The torch was carried the first lap by Sheriff Jim McVicker, who passed it on to Chief Deputy Mac Warner for the second lap, who passed it on to Deputy Shella Y. Stephens for the third lap, and the final lap the torch was carried by Deputy Jessica Portalatin, Bladen County Sheriff’s Office.