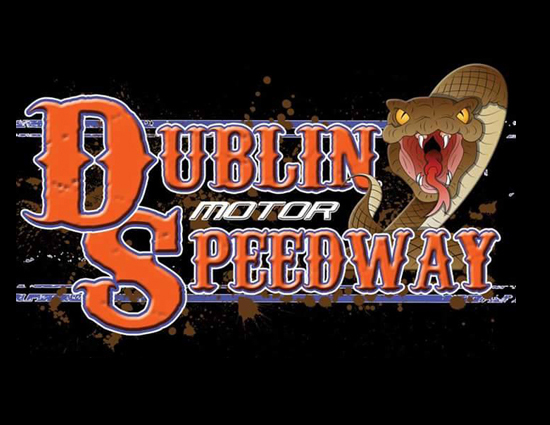 Chris Ferguson dominated the Rattlesnake Rumble last August at Dublin Motor Speedway. The driver from Mount Holly is expected to be in the field Saturday night as the Ultimate Super Late Model series returns to the 4/10th-mile dirt track for the fourth annual race.

Saturday’s featured race is scheduled for 50 laps and will pay $5,000 to the winner. Racing also is scheduled in Late Model, Open Wheel Modified, Super Street, Pure Stock and U-Cars divisions.

The pit road gate will open at 4 p.m. and grandstand will open at 5 p.m. Saturday. Practice for the cars will begin at 6:30 p.m. with qualifying to follow and the races. Adult admission is $30 for the pits and $20 for the grandstands. There are discounts for military and seniors. Ages 12 and under are admitted free in the grandstands.

Ferguson was the fastest qualifier for the August race and led all 50 laps in winning by about three seconds ahead of runner-up Rambo Franklin. Twenty-two cars entered the race.

Saturday’s race will be the eighth time the Ultimate Super Late Model Series has come to Dublin. The series has scheduled a two-day event Oct. 7-8 at Dublin.

** Daulton Wilson has won the last three Late Model races at Dublin and has five victories overall this season. His recent win streak has pulled him into a tie with Jeremy Cumbee for the division’s points lead with 311. Cumbee hasn’t won a race at Dublin, but has four Top 5 finishes in nine races while Wilson missed one points race this season. Colby Ashe is third in points with 197 followed by Brian Strickland (186) and Travis Hair (184).

** In Pure Stock, five-time track winner Ryan Gilbert (353 points) has opened a 25-point lead over Robbie Williams and Elvin Matthews. Four-time winner Martin Sweatt is fourth with 160 points. Tony Williams has 145 points with Cameron Norris a point behind at 144.

** In Open-Wheel Modified, Robbie Turner (149 points) has a one-point lead over John Marshall. Shawn Beasley is third wtih 113 points and two wins. Dennis Brewer and Timmy Blackwell are tied for fourth with 80 points, while Blackwell has two victories.

** In U-Car, Bladenboro’s Sarah Benson remains the leader with 320 points and Chris Bron is in second with 304 points. Rounding out the top five are three-time winner Dillon Thompson (193), Derek Kemper (184) and last Saturday’s winer James Gardner (115)