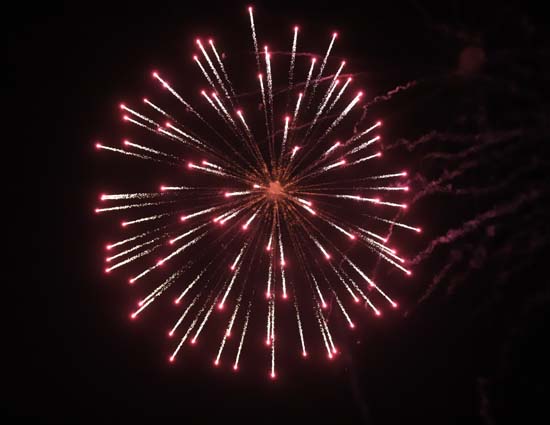 This weekend, Americans celebrate Independence Day, commemorating the day in 1776 when our Founding Fathers declared the separation of the 13 colonies from the Kingdom of Great Britain and established a new nation.

We all know how it works: barbecues, fireworks, parades and other festive gatherings. But what many Americans don’t know is that our independence was actually declared by the Continental Congress on July 2nd, not July 4th! Why, then, isn’t the national holiday known as the “Second of July”?

It’s because word traveled more slowly back then, and it took a few days for the news from Philadelphia to reach the patriotic populaces in places like Boston. Also, this is Congress we are talking about, so there were days of debates, delaying the official approval of the final Declaration of Independence until two days later. For this reason, this prediction by John Adams was off by a couple of days: “The second day of July, 1776, will be the most memorable epoch in the history of America… It ought to be commemorated…with pomp and parade, with shows, games, sports, guns, bells, bonfires, and illuminations, from one end of this continent to the other.”

But patriot John Adams, as happy as he was that independence had finally been declared, knew very well that that moment almost never came about at all.

In fact, it was firebrand patriots like Adams, Thomas Jefferson, Benjamin Franklin and Henry Lee who had been urging independence for months, working hard to bring the Continental Congress around to the risky and ill-advised idea of founding a new nation. If this venture failed, they would all hang for treason. Many others advocated a peaceful resolution of the tensions with Great Britain, favoring a continuation of the colonial relationship.

Fortunately for our nation, Adams and his patriotic rhetoric prevailed, and the colonies went on to achieve their unlikely victory against the world’s greatest military power. But the freedom and independence we now enjoy, especially this weekend, were far from a sure thing.
What were the other moments when independence seemed unlikely and our victory hung in doubt?

1. The Battles of Lexington and Concord  —  Under cover of darkness on April 18, 1775, Paul Revere and William Dawes famously rode their horses to rouse local patriots and warn militia members that British troops had set out from Boston. The “Redcoats” appeared to be marching toward Concord, Mass., where local militiamen had been storing arms and gunpowder. If the King’s troops could quash the early stirrings of revolt in unruly Boston, the entire cause of colonial rebellion could be extinguished.

But the patriots were ready. Thanks to their midnight messengers and the preparedness of the volunteer “Minutemen” (named as such because of their ability to be ready on a minute’s notice), the two sides met in what would be the first military engagements of the Revolutionary War. At Lexington, Mass., British regulars outnumbered the patriot militia and drove them back to Concord. There, colonial volunteers regrouped and put up a resistance, surprising both sides with their preparedness and mettle and forcing a British retreat to Boston.

General George Washington, fresh off the victorious siege of Boston, watched as the British turned their might toward taking the critical port of New York City. Washington’s men quickly lost ground on Long Island, Manhattan, Staten Island and elsewhere around New York’s harbor. Soon Washington and his ill-trained army were surrounded, backed up against the East River in Brooklyn Heights. The British dug in, preparing for a slow and patient siege, during which time they would break the will of the unruly colonial army and force Washington to surrender.

But Washington had other plans. In the middle of the night on Aug. 29, 1776, he ordered a risky evacuation. He would row all 9,000 of his troops — as well as their critical arms and supplies — across the East River into Manhattan, from where they could escape and march south to New Jersey and Pennsylvania.

Absolute quiet, speed, stealth and pitch darkness were critical. The only problem: The retreat went more slowly than Washington had hoped. Stranded with his remaining men in Brooklyn, Washington raced against sunrise on Aug. 30. At any moment, British patrols would spy the retreating army and surely open fire.

To Washington’s astonishment, a fog rolled into the harbor, obscuring the East River and confusing the British, and Washington used this gift from nature to complete the evacuation. He was the last man to set foot on a retreating boat. When the weather cleared, the British were stunned to see that the “defeated” Continental Army had escaped.

3.  The Battle of Trenton  —  Washington’s genius was evident once more when he was able to turn what might have been the low point of the American Revolution into a moment of victory and a much-needed morale boost.

By late December of 1776, a brutal winter was setting in and the patriotic cause faced an existential crisis. The Continental Army had been driven from New York and seemed to be on the verge of losing New Jersey and Pennsylvania. Patriots who had enlisted on a wave of excitement were war-weary and inclined not to re-enlist when their terms expired on Jan. 1.Washington’s army was broke and defeated, and it looked like it would not last the winter.

So Washington engineered a victory. On the cold Christmas night of 1776, the commander and his men crossed the icy Delaware River north of Trenton, N.J. It was a dangerous crossing followed by a nine-mile midnight march and a fierce battle.

But with the element of surprise entirely on his side, Washington proved successful, capturing an entire force of Hessian troops and boosting his army’s morale in the process.

4. The Battle of Saratoga  —  The improbable fight for American freedom appeared as if it would finally be crushed in the fall of 1777. Frustrated by how long their rebellious subjects had held out in their war effort, the British laid the groundwork for a three-pronged attack that would break the American Revolution at last.

The plan was for three branches of the British Army to converge on the northern Hudson River from the north, west, and south. United at this critical junction, the British would secure unchallenged naval access from the port of New York City all the way north up the Hudson, through Lake George and Lake Champlain into Canada. With this critical water route secured, the British would be able to divide the colonies, cutting off and isolating New England and preventing the movement of colonial men, arms and supplies.

There, the patriot hero General Benedict Arnold was ready. Arnold, a brave fighter and a brilliant strategist, led an attack that broke the British lines. His horse was shot from under him and he was carried from the battlefield in a litter, but his tactical genius allowed the Continental Army to carry the day.

The victory at Saratoga was critical. It ended the British threat to the vital region of New England once and for all. It also secured control of the northern Hudson River for the colonies for the remainder of the war. And most importantly, it convinced the French, at long last, to enter the war, lending much needed military and naval support to the colonial cause.

5. Benedict Arnold’s Conspiracy and Treason at West Point  —  When at last it appeared that victory might be within reach, a threat emerged that promised to doom the American Revolution from the inside. It came in the form of history’s most notorious turncoat: Benedict Arnold.

As heroic as his fighting was at Saratoga and elsewhere, Arnold came within hours of ending the American Revolution. Together with his wife, a beautiful loyalist named Peggy Shippen Arnold, and the British spy Major John André, Arnold plotted to surrender the critical fort at West Point, N.Y.

Following years of personal disappointments and public feuds with fellow patriot leaders, Arnold had, by the fall of 1780, become a bitter and disillusioned man. For the right price and the promise of fame and recognition from the other side, Arnold secured the post of commander of West Point and conspired to turn the fort over to his enemies.

But thanks to Washington’s own top-secret spy ring, as well as a few vigilant militiamen, André was caught and discovered to have Arnold’s documents in his boots. Arnold, who was coincidentally scheduled to meet with Washington that very day, caught wind of André’s failure and managed a last-minute escape, solidifying his fate as America’s worst traitor (but a failed one, thankfully).

If anyone knew just how unlikely American victory was, it was the man who was tasked with leading the fight. Early in the war, Washington confessed: “The reflection upon my situation and that of this army produces many an uneasy hour when all around me are wrapped in sleep. Few people know the predicament we are in. January 14, 1776.”

And yet, he is the man, more so than any other, who turned that “predicament” into success, allowing a ragtag band of colonies to become a free nation.