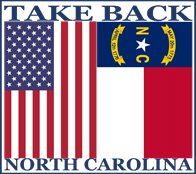 On Friday night, June 25, members of the Bladen County Sheriff’s Office Community Impact Team and 16 other local agencies conducted a checking station in the area of Chickenfoot Road in Tar Heel.

During the operation, the following charges were issued:

“We utilize resources and assets from surrounding agencies to combat crime and drugs across southeastern North Carolina”. “We are very appreciative of the close working relationships that we share with so many law enforcement agencies, “ said Sheriff Jim McVicker.