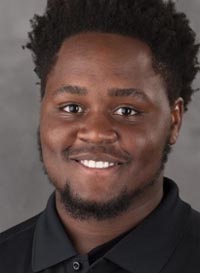 Chris Cromartie Has 5 Tackles But Camels Fall at App State

BOONE – Appalachian State exploded for 4 touchdowns in 10 minutes en route to a 52-21 non-conference football victory over Campbell Saturday. It was the third straight loss for the Camels at an FBS opponent.

Daetrich Harrington who rushed for 211 yards and 4 touchdowns scored 24 seconds before halftime to put the Mountaineers ahead 17-13. Appalachian tacked on 3 more touchdowns in the first 10 minutes of the second half to take a 38-13 lead.

Former East Bladen star Chris Cromartie recorded 4 of his 5 tackles in the first half as the Camels built a 13-10 lead behind a pair of touchdown runs by quarterback Hajj-Malik Williams.

The Camels will close out their abbreviated 4-game schedule Friday night at 7:00 at Wake Forest.