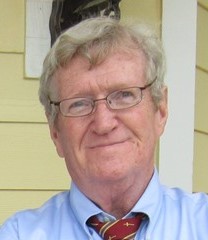 A Little Memorial Day Ditty for You, Charlotte

In honor of Memorial Day on the 25th, I have been asked to come up with one of my unforgettable memories; so here’s a tale of happenstance I bet you never knew:

After returning from Southeast Asia, and having run the required gauntlet of spittle from screaming protesters in San Fran, I got to Berlin in July, 1970. I quickly found that the allied intelligence community in Berlin was still smarting from the 1968 Warsaw Pact invasion of Czechoslovakia.

In other words, NATO and our people lost track of them – an entire army of four tank divisions! You know, I don’t think that even western armed forces could have done that back in ‘68.

The first inkling the West got that there was a problem was when the Czech border guards radioed their government for permission to fire on the Soviet tank columns, permission which was quickly denied. You probably remember the result – the end of what had been Czech President Vaclav Havel’s “Prague Spring.”

Well, in the Fall of 1970, the same type of situation developed with Romania. Now, I’ll bet ya’ll never heard about this one.

See, the Soviets liked to conduct massive trans-nationalfield maneuvers twice a year. We crypto-spooks always loved those times because we got super busy identifyingWarsaw Pact units in the field and putting together Ordersof Battle – who was who, who was where, and with what weaponry and equipment, etc, etc.

When the Soviet army went out on these maneuvers, they required the other Warsaw Pact countries to send units as well to all play together in their East European sandbox; most of the time, these “puppet” countries went along.

This time, however, the Romanians told Moscow“nyet,” that they were in the middle of a massive record-breaking harvest, and flatly refused to play. Which ticked the Ruskies off a bunch.

So, GSFG again sent a division from East Germany to dope-slap some sense into the Romanian government.

And once again we didn’t know anything about it. Not until we heard the Romanian border guards requesting permission to open fire, which, remembering the Czechs two years earlier, the Romanian government quickly granted.

Fortunately, however, the Russians blinked, cooler heads prevailed, and the crisis was averted…sort of.

See, NATO had told the Romanians that if they ever got into a shooting match with the Soviets, we would step in and help them out, an agreement of which the Soviets were then naturally make aware.

The actual end result, though, was the eventual overthrow of the recalcitrant Romanian government despots, and their replacement with Moscow-approved tyrants.

We truly may have been only hours from war in Europe. The pucker-factor was high at Berlin’s Teufelsberglistening station, let me tell you.

Too bad our war protesters didn’t know about that – they could have spit at the Soviet soldiers entering Romania…….hmmm, perhaps that would have solved our Vietnam protester problem right then and there.