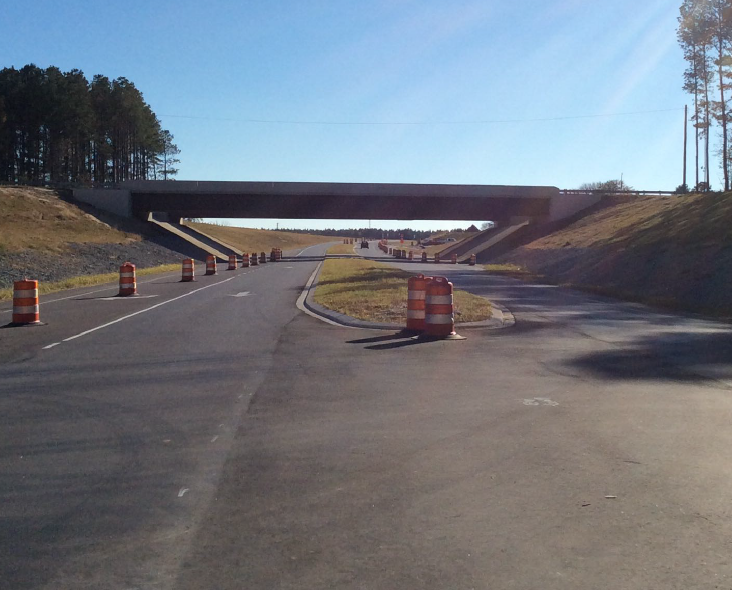 A new interchange at N.C. 87 and U.S. 701 in Bladen County opened on Tuesday, November 21st, 2017 for motorist. The project near Elizabethtown replaced a traffic signal with an overpass and ramps to improve safety and traffic flow.

The new roadway does have temporary lane markings, however, the contractor will add permanent striping after Thanksgiving and wrap up the project before Christmas according to the North Carolina Department of Transportation.
Drivers should watch for flaggers during the opening and proceed cautiously.

The N.C. Department of Transportation awarded a $13.2 million contract to Barnhill Contracting Co. of Rocky Mount to build the interchange back in 2015.