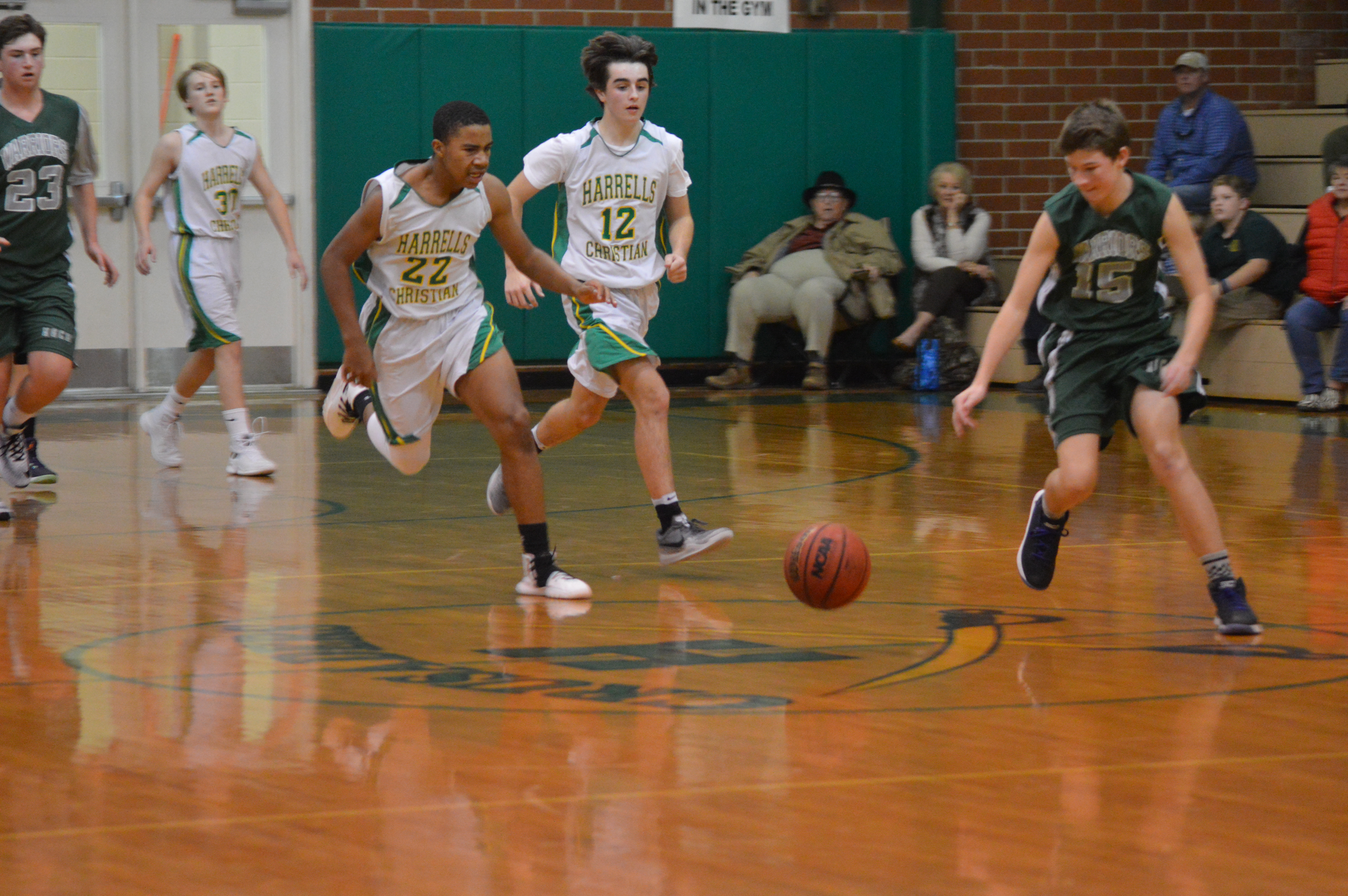 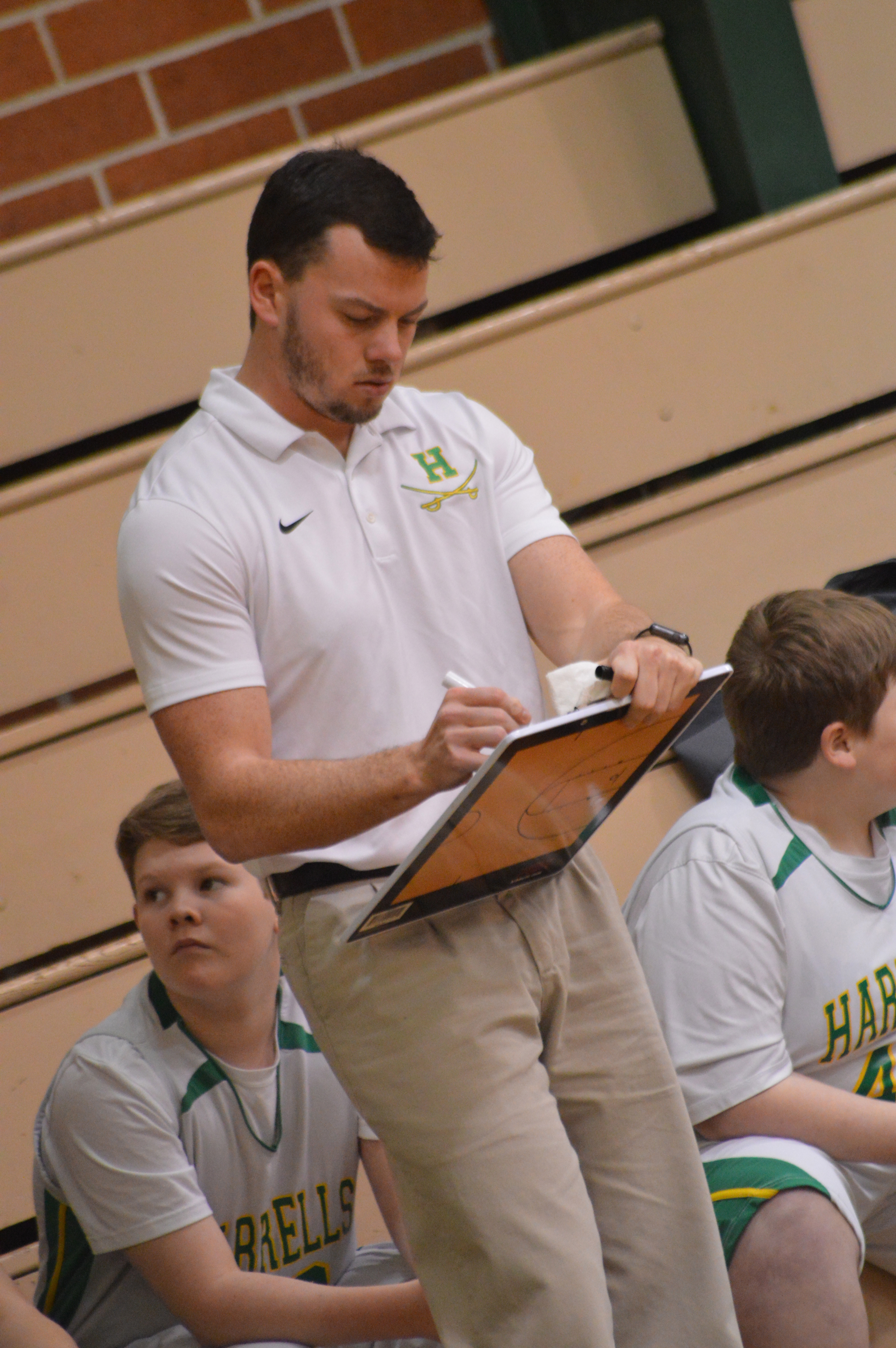 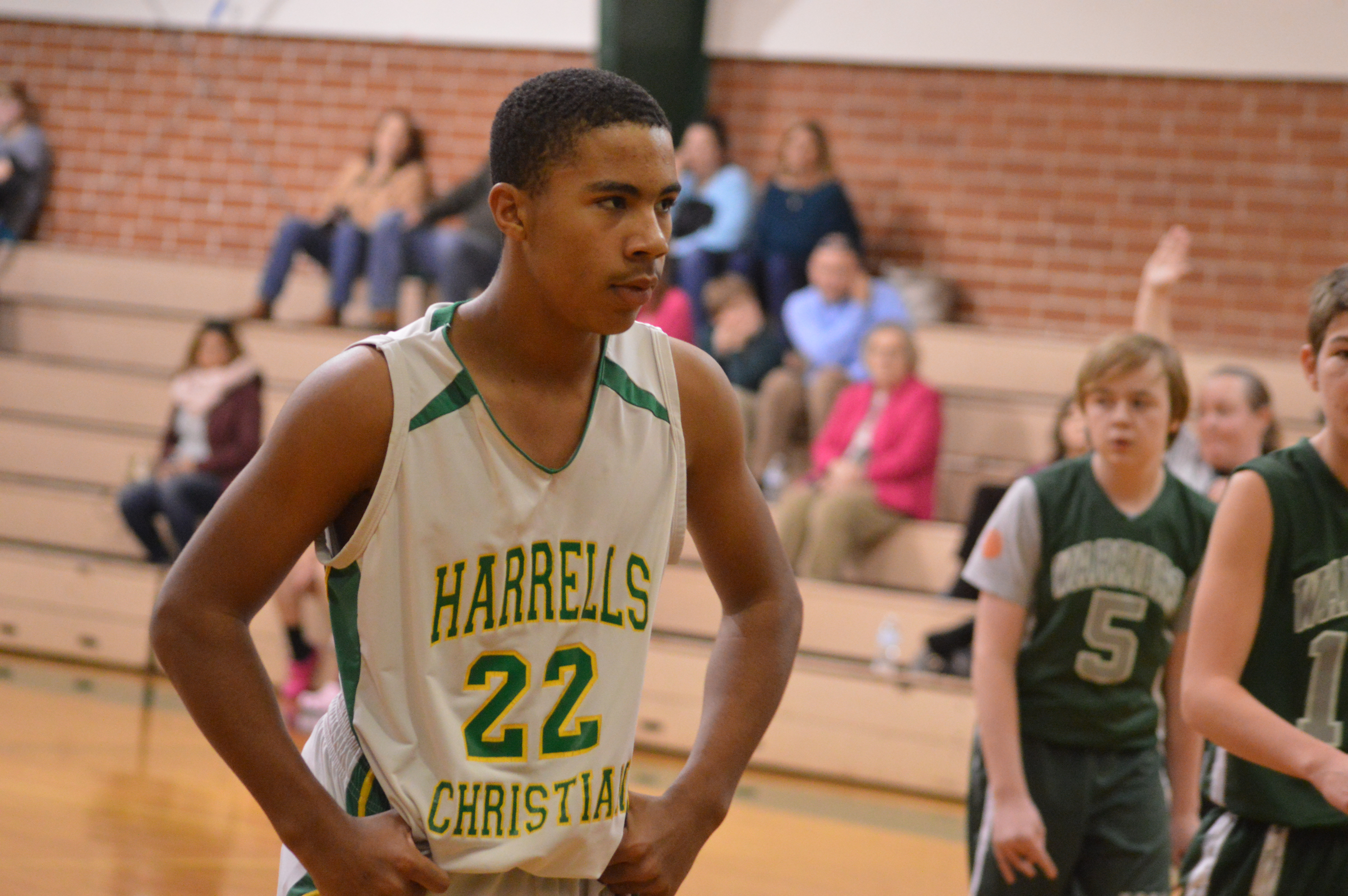 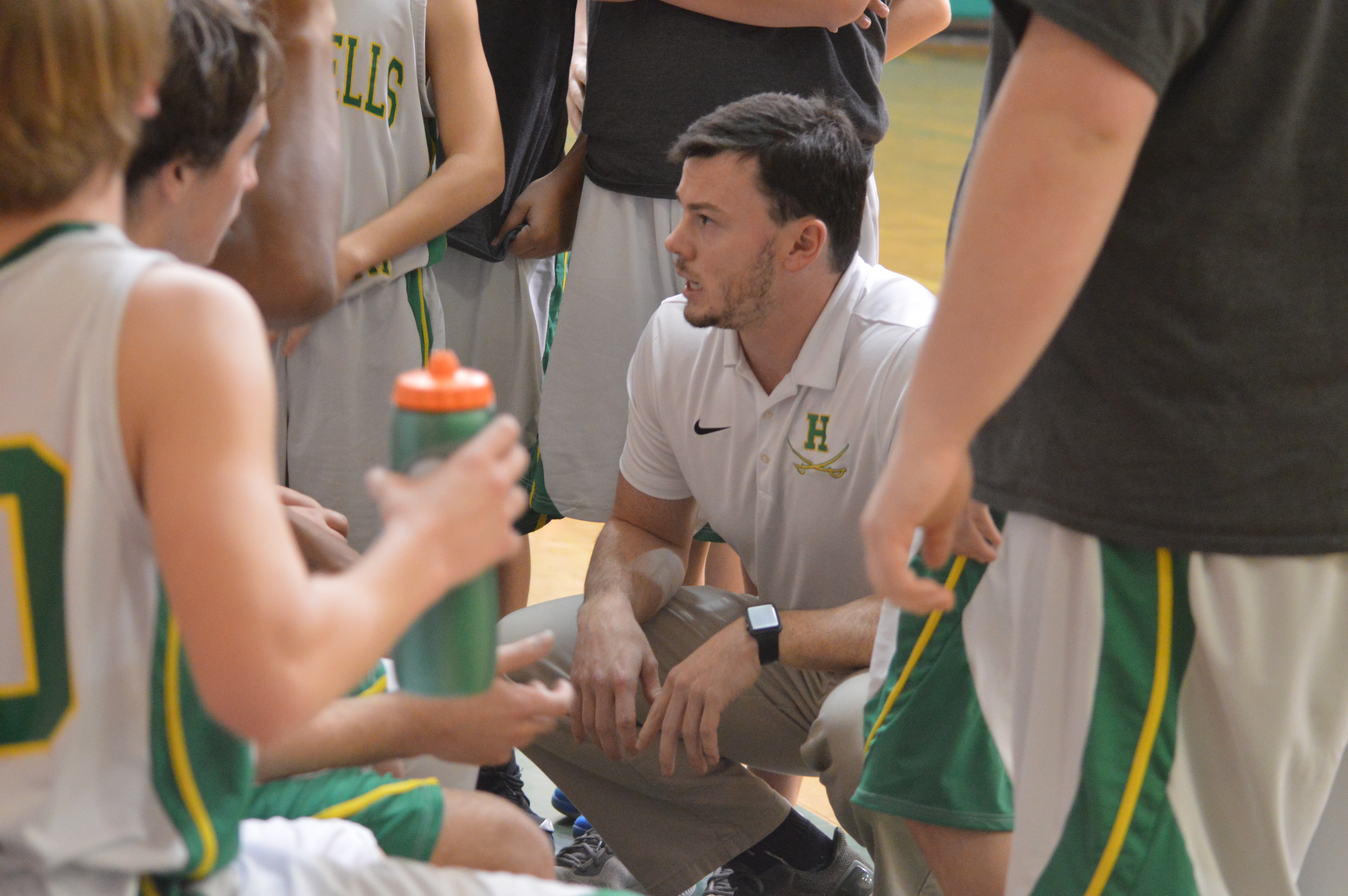 It was a true battle as the Harrells Christian Academy middle school basketball team faced off against Myrtle Grove Christian Academy last Thursday evening.  The Crusaders were able to come out on top with a final score of 24-23 after a very intense and surprising game.

Everyone in the gymnasium could feel the tension and the excitement, including first year coach and HCA alumnus Kelly Nelms.  After a rather rough start to the season, Nelms was overjoyed about the turnout of this game.

“I reminded the boys that we are stronger and more physical than the team we will be playing against,” commented Nelms.  “My boys work hard in the weightroom and I encouraged them to use that strength to rebound and play physical defense. I also told them about playoffs and expressed that if we were to win this game, it would help out tremendously with the seeding.”

Scoring was led by 8th graders Ty Mathis with 11 points and Colton Norris with 8 points, but Nelms credits the entire team saying, “Honestly, all of the players I played during the game were instrumental in winning. The players played with heart and didn’t leave an ounce of regret on the court.”

Ty Mathis scored the final goal of the night with only six seconds remaining on the clock. It was quite a moment for him, and he shared that the locker room was pretty “hype and intense” following the win! The middle school team currently holds a record of 2-5 with four more regular season games remaining.  Nelms will be looking for effort and determination just like that shown in Thursday night’s game.

Returning to HCA as a staff member and coach has been very rewarding for Nelms. “It has been a tremendous opportunity for me not only as a coach but personally as well. I have been put in a position to truly influence these boys lives and hopefully lead them in the right direction. I have loved every moment of coaching my boys and wouldn’t trade it for the world. With that being said, I now know how Coach Wayne Cannady felt about my team and me as a player. I know I am thankful for the guidance he provided me as my MS basketball coach and friend and my goal is to do the same for my boys as well,” says Nelms.

Published in Regionals and Sports