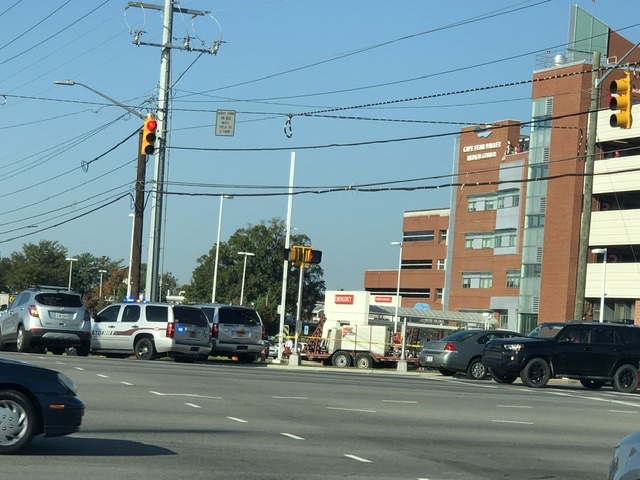 There was an active shooter reported Wednesday morning, November 6, at Cape Fear Valley Medical Center in Fayetteville, according to Fayetteville Police Department.

At approximately 8:22 this morning a suspect tried to disarm a law-enforcement officer at the hospital according to the Cumberland County Sheriff. Consequently the suspect was shot. According to the law enforcements reports there was also a Deputy shot. Due to the crime being an officer involved shooting the State Bureau of Investigation SBI will be investigating the matter.

“The hospital is safe, the issues has been taken care of and the hospital is open and ready to tale care of any medical emergency that you may have,” Weatherly stated. “No staff, patient or visitor was injured in the incidents,” Weatherly added. He also thanked law enforcement for their quick response.

Law enforcement had the Emergency Room side of the hospital is blocked off this morning because the reports were the shooting took place in the emergency room area.

The suspect was taken into custody last night on some warrants, according to the Sheriff and was taken to the hospital this morning after experiencing some medical issues.

There are helicopters in the air and law-enforcement are still in the scene. At this time the condition of the suspect has not been announced. The Deputy was said to be in good condition but the Sheriff wants to notify the family before releasing his name

More information will be provided as soon as it is made available.