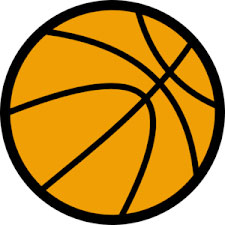 BLADENBORO – West Bladen has announced the field for their 8th annual Adidas Christmas Tournament that the Knights will host on December 26-28. Other schools participating are Whiteville, Pinecrest, Scotland, Dillon Christian, West Brunswick, North Brunswick and Pamlico.

“We are again happy to be hosting the event,” said West Bladen Coach Travis Pait. “The teams joining us this year are really good and this continues to be one of the premiere tournaments in the state. The level of competition will certainly help prepare all the participants for conference play.”

Pait continued, “The number of college players in this tournament is staggering. Fans will have the chance to see some next level players before they get to the next level.”

West Brunswick (4-2) is led by 6-8 senior Jadyn Parker who has already signed to play next year at Division I North Florida. Parker is a double-double machine averaging 18 points and 13 points per game.

Whiteville (3-1) is led by junior guard Wendell Smith who is on the radar of several colleges and 6-1 senior quarterback Ty Moss who is being recruited for football.

Senior guard Garrett McRae poured in 34 points for Scotland (2-4) in a win over Purnell Swett. Inside the Scots have 6-5 senior Trey Graham and 6-4 seniors Zyrek Watkins and Eddie Walker.

Admission is $6 for everyone with no passes out. Concessions will be available. The schedule follows: