CHAPEL HILL- All 4 of Bladen County’s varsity basketball teams received bids Saturday to the NCHSAA Class 2A Playoffs. However East Bladen’s girls are the only Bladen team that will be playing a 1st round game at home. 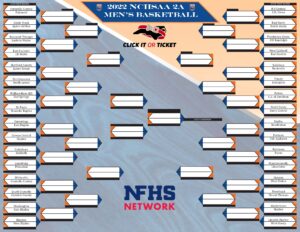 Coach Patty Evers’ Lady Eagles are the No. 13 seed and will host No. 20 seed Clinton. East Bladen defeated Clinton 3 times during the final 6 days of the season. The Lady Eagles boast a 23-3 record and are led by senior Maya McDonald (13 points, 8.5 rebounds, 4 steals and 5 assists per game). 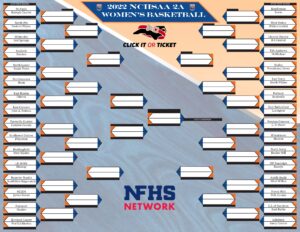 Coach Aking Elting’s Eagles were the Southeastern Athletic Conference runners-up with a 9-3 league record. Junior guards Malcolm Bolden and Jacob Nixon and junior center Zamar Lewis lead the East Bladen offense. Lewis has been a force inside and twice captured 20 rebounds or more in a game.

Coach Travis Pait’s Knights have won 4 of their last 5 games and are led by the inside play of senior Javonta Matthews and junior Gary Parker, the sharp-shooting of sophomore Malachi Allen and the all-around play of freshman guard Hezekiah Adams.