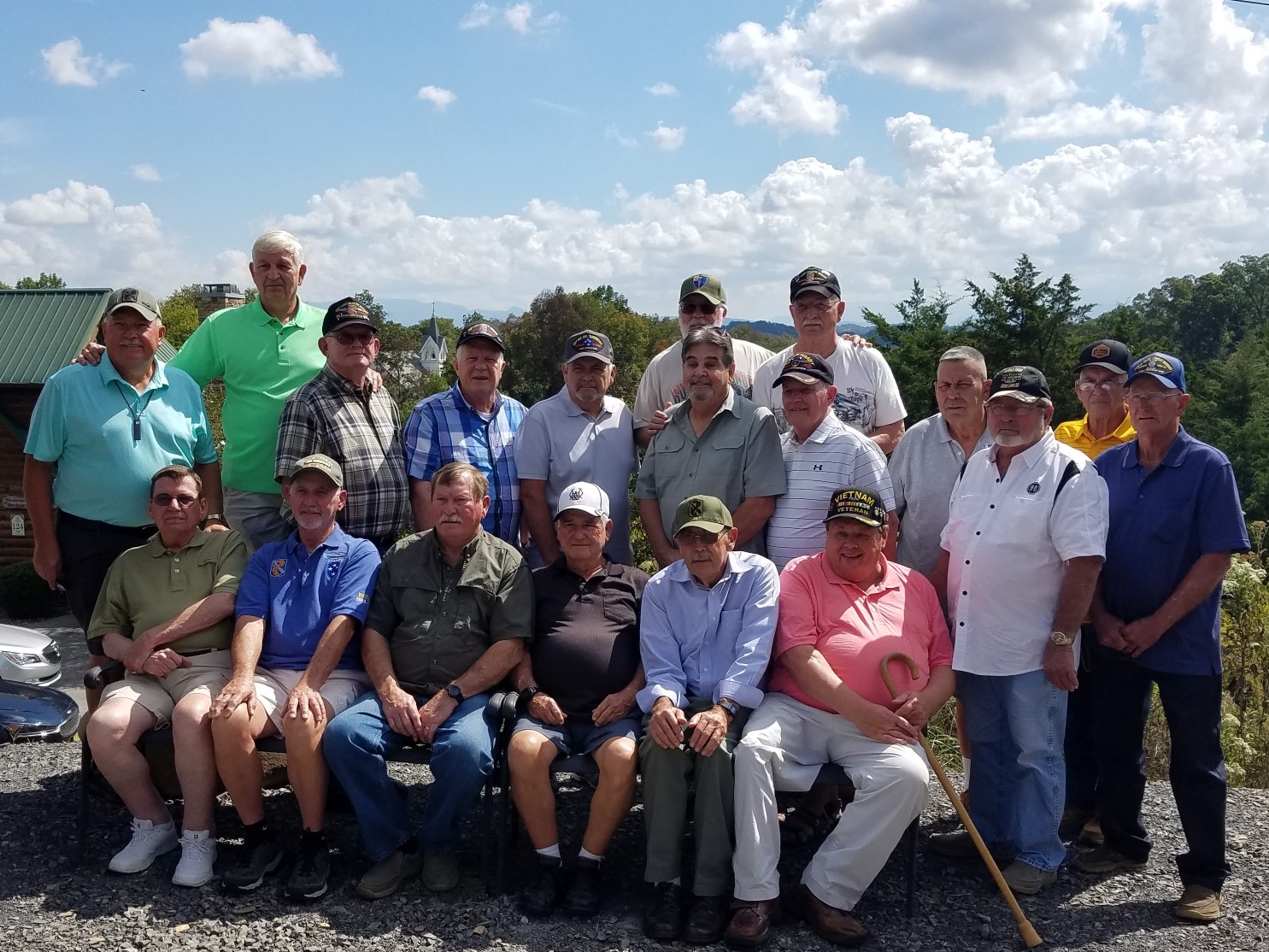 By bladenonline on 10/07/2019
Contributed
A little over 50 years ago a group of young men left home, most of them drafted, to serve their country in the Vietnam War.  Over the course of a year, they became best friends.  After that year, they returned home to begin another life with a family, career and other ventures.  In 2011 the group met for their first reunion in White Lake.  Twelve members of the first platoon of Alpha Company, 5th/46th 198th Light Infantry Brigade traded stories of their lives and remembered missions they were involved in when some of their buddies were killed in action during the war during those days spent together.  Some were hesitant to attend that first time.
But since that initial reunion in 2011, the group has continued to meet each fall at Oak Haven Resort in Sevierville, Tennessee.  This year, 19 veterans and 12 wives joined together for a week of rekindling their friendships.  They traveled to Tennessee from Texas, Michigan, Wisconsin, Florida, New Jersey, South Carolina, Missouri,  North Carolina, Ohio, and Virginia.  Sadness loomed over the group as they remembered six members of their platoon who have died since they first started meeting.  Two passed away since the group met in 2018.
Members attending were Bob Latham, Sid Liming, Dwight Saddler, John Dyer, Kenneth Butcher, Joe Moody, Bill Bennett, Kenneth Quinn, Maury James, Rodney Outten, George Lakins, Oliver Gause, Wendell Roberts, Paul Sprouse, Jerry Laack, Aaron Rochester, Jack Crisp, Jack Vater and Bob Olenzak.
Share: