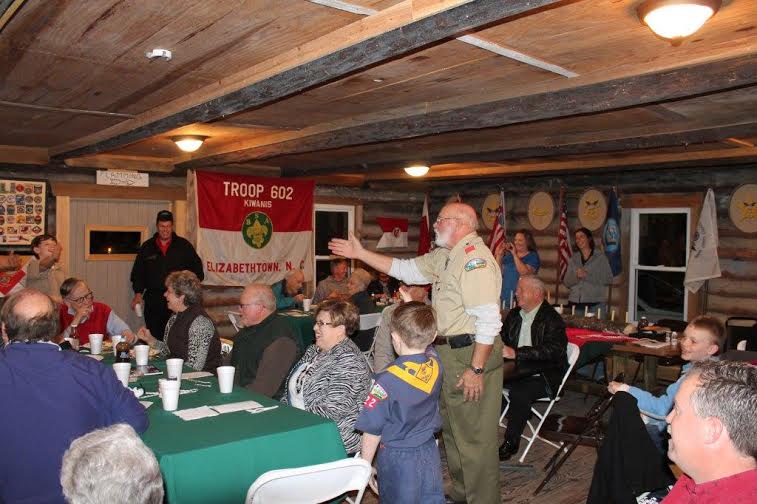 The Bladen County Boy Scouts will hold the annual “Investment in Character” fundraiser on Wednesday, April 22, at 7:30 a.m. in the Elizabethtown Presbyterian Church activity center.  The speaker for the event is Lieutenant General Joseph Anderson, commander of Fort Bragg.  Reservations are required for this event.  Please contact William Findt at 910.879.5502 or Ronald Gooden at 910.876.2041, or any member of the Bladen Boy Scouts organization for reservations.

Lieutenant General Joseph Anderson assumed command of the XVIII Airborne Corps and Fort Bragg on June 6, 2013. He also served as Commander, International Security Assistance Force Joint Command (IJC) and Deputy Commanding General, US Forces – Afghanistan (USFOR-A) from January to December 2014. A native of New York, he is a graduate of the U.S. Military Academy. He holds Masters degrees in Administration from Central Michigan University and National Security and Strategic Studies from the Naval War College.

In 2005 he was assigned as the Executive Officer to the Secretary of the Army and then became the III Corps Chief of Staff at Fort Hood, TX in 2006. General Anderson’s second tour of Iraq occurred in 2006 where he served as the Multinational Corps-Iraq Chief of Staff for the surge. In June 2008 General Anderson was assigned as the Deputy Commanding General of U.S. Army Recruiting Command at Fort Knox, KY until July 2009. He then returned to Iraq in August 2009 to serve as the Multinational Force/ United States Forces-Iraq Chief of Staff for the transition and initial drawdown. He subsequently served as the Department of the Army Director of Operations, Readiness and Mobilization from August 2010 to November 2011. He commanded the 4th Infantry Division and Fort Carson, CO from November 2011 to March 2013.

General Anderson will speak about Fort Bragg and the important position it holds in the defense of this country.