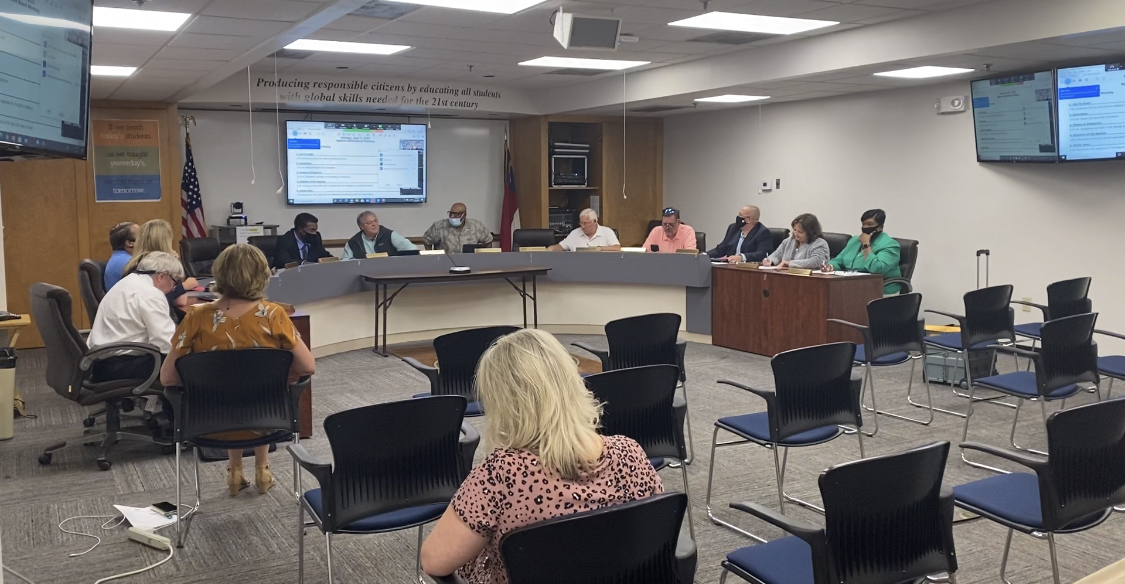 The Bladen County Board of Education met Monday, June 7, 2021 for the purpose of discussing and to take action on the architectural services contract for the new Tar Heel School, and to go into closed session for the purpose of discussing personnel and to consult with an attorney, if needed, as per NCGS 143.318.11, and to take action on personnel if required.

To start the meeting after the invocation and prayer Rusty Worley with Bladen County Schools Maintenance Department presented the Board with an architect contract.

“This could be the first school of its kind in the nation,” Worley told Bladen Online staff, “because the plans are the school will be fully energy efficient.”

During Worley’s presentation to the board he noted there are outside contracts with Bladen County Schools for pre-construction inspections, soil testing, and septic design.

The contract company is SfL+a Architects, PA out of Raleigh. East and West Bladen High Schools were designed by the same company according to Worley.

The estimated costs of the architect design was broken down as follows:

Benton asked if there was enough classrooms for the students coming from Dublin.

Worley reported there are plans to add six classrooms with an extra expense of $2 million dollars, which would make the total of 32 general classrooms in the new school.

“Then that should cover it,” Benton stated, “I still have concerns.” He noted, what are we going to do with Cumberland County students when they find out we have a new school and want to attend the school. The multi-purpose room sizes and the gym were other concerns Benton stated.

He expressed his desire to keep the existing gym building and build the new school around the old gym.

Board member Gary Rhoda said, “I think an old gym will stick out like a sore thumb with a new building.”

Mr. McKoy addressed the sentimental value of the old gym but the costs to the Schools to try to save the old gym is too much.

Worley also explained keeping the old gym would cause issues with parking and transportation.

Benton thanked the Board and Worley for their time and the opportunity to address his concerns.

Board Chair, Mr. Roger Carroll then called for a vote to accept the architect contract after there was no further discussion.

Board member Vinston Rozier made the motion and it was seconded by Alan West.

Board member Benton was the only Board member to vote nay for the motion. The motion passed.

The Board along with their Attorney Gary Grady and other school staff members went into closed session.

Dr. Beatty requested an action item for potential list of summer staff to be approved by the Board.

Board member Dennis Edwards made the motion. The motion passed unanimously.

The next regularly scheduled Board of Education meeting is June 14, 2021 at the Bladen County Schools district office.