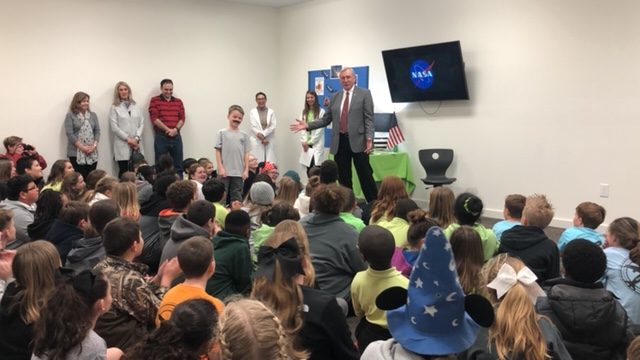 It was a full day in Bladen County for astronaut Colonel Curtis Brown, Jr. After Brown assisted with the Elizabethtown airport’s ribbon cutting ceremony he took questions from local students.

After Brown was introduced he spoke a little about his experiences before taking questions from all grade levels. Students asked about his biggest challenges, what it was like in space, what it was like when he came back from space, how astronauts eat and use the bathroom in space with several other questions. 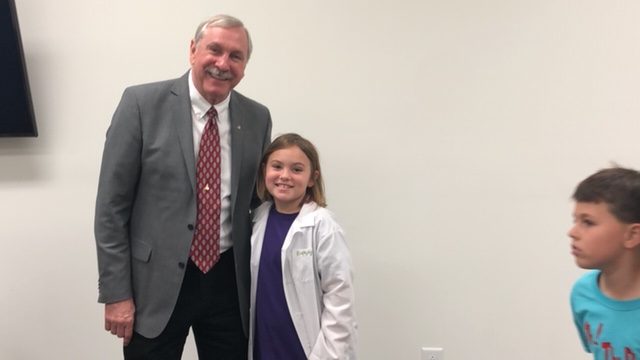 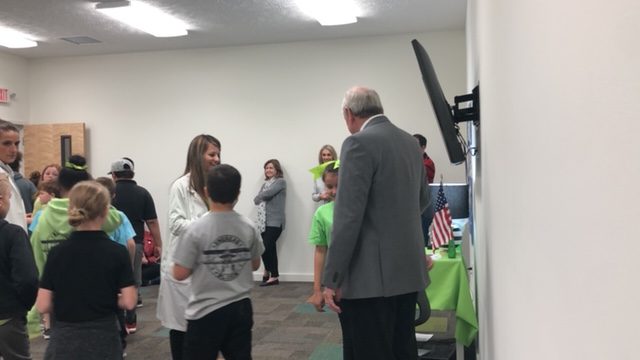 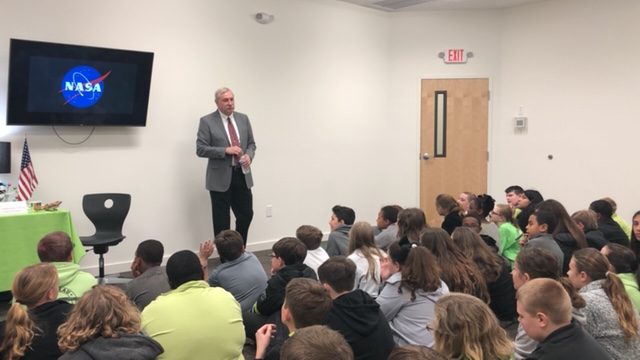 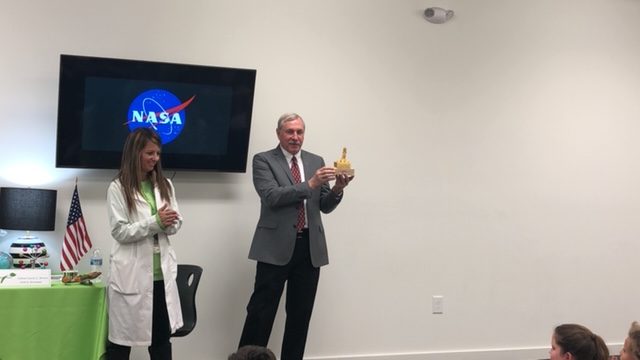 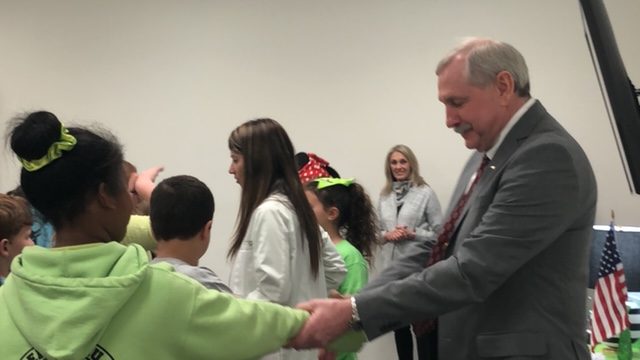 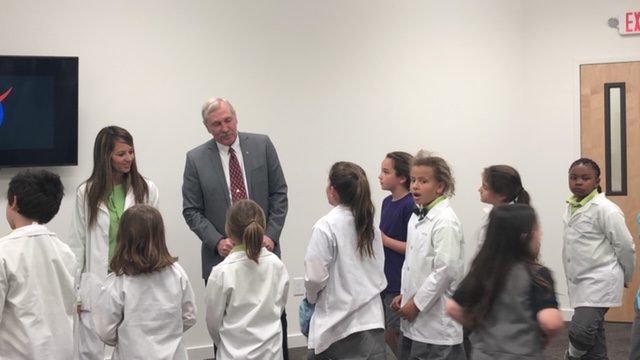 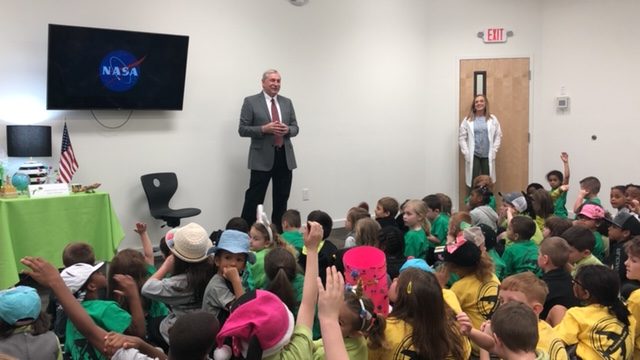 Brown took his time answering each question and posing for photos with the students before they were dismissed. Ms. Carey Patrick with Emereau: Bladen presented Brown with a 3D printed statue the school made on their new 3D printers in honor of the occasion, an Emereau: Bladen sweatshirt and a gift bag for all his time and effort with the students.