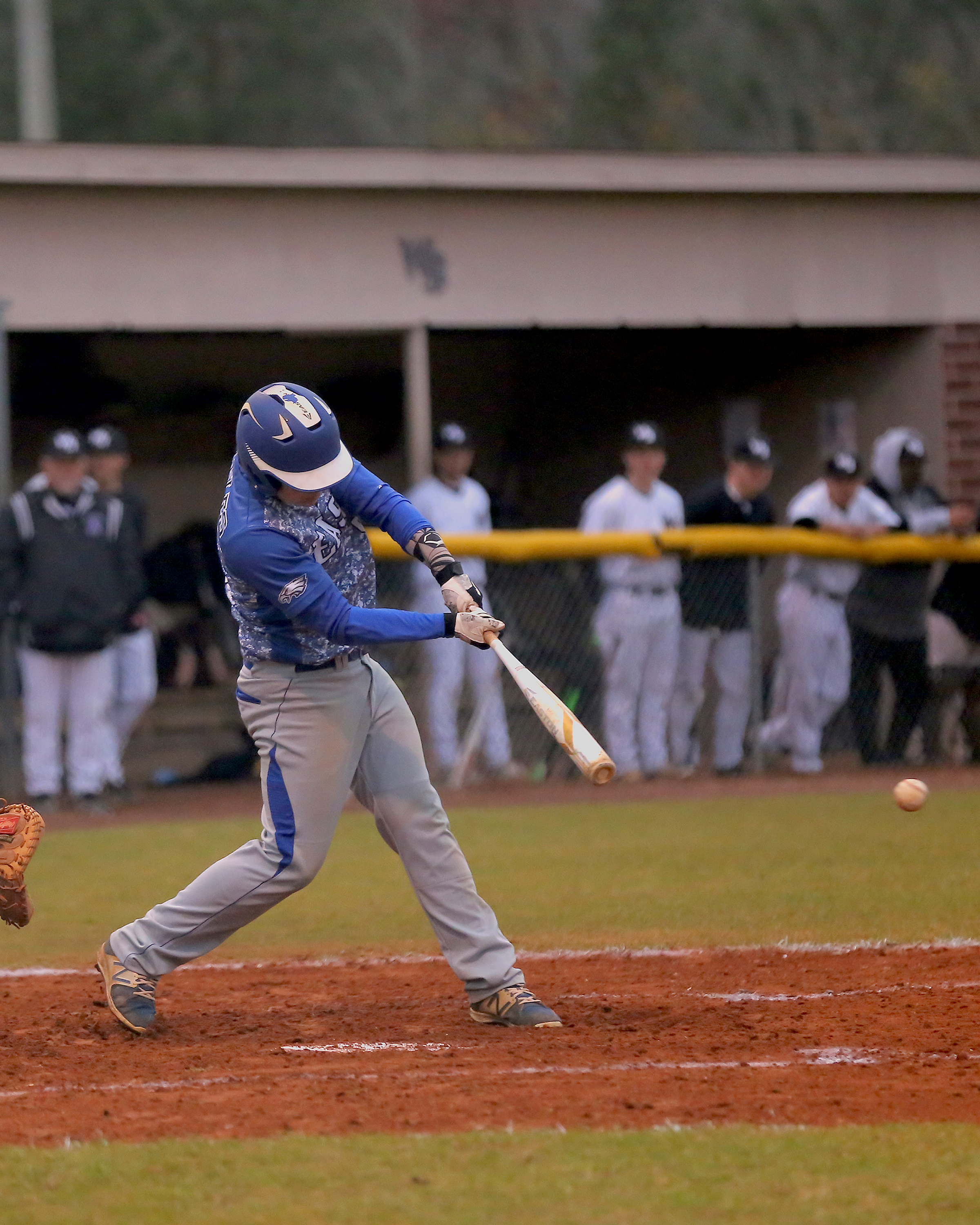 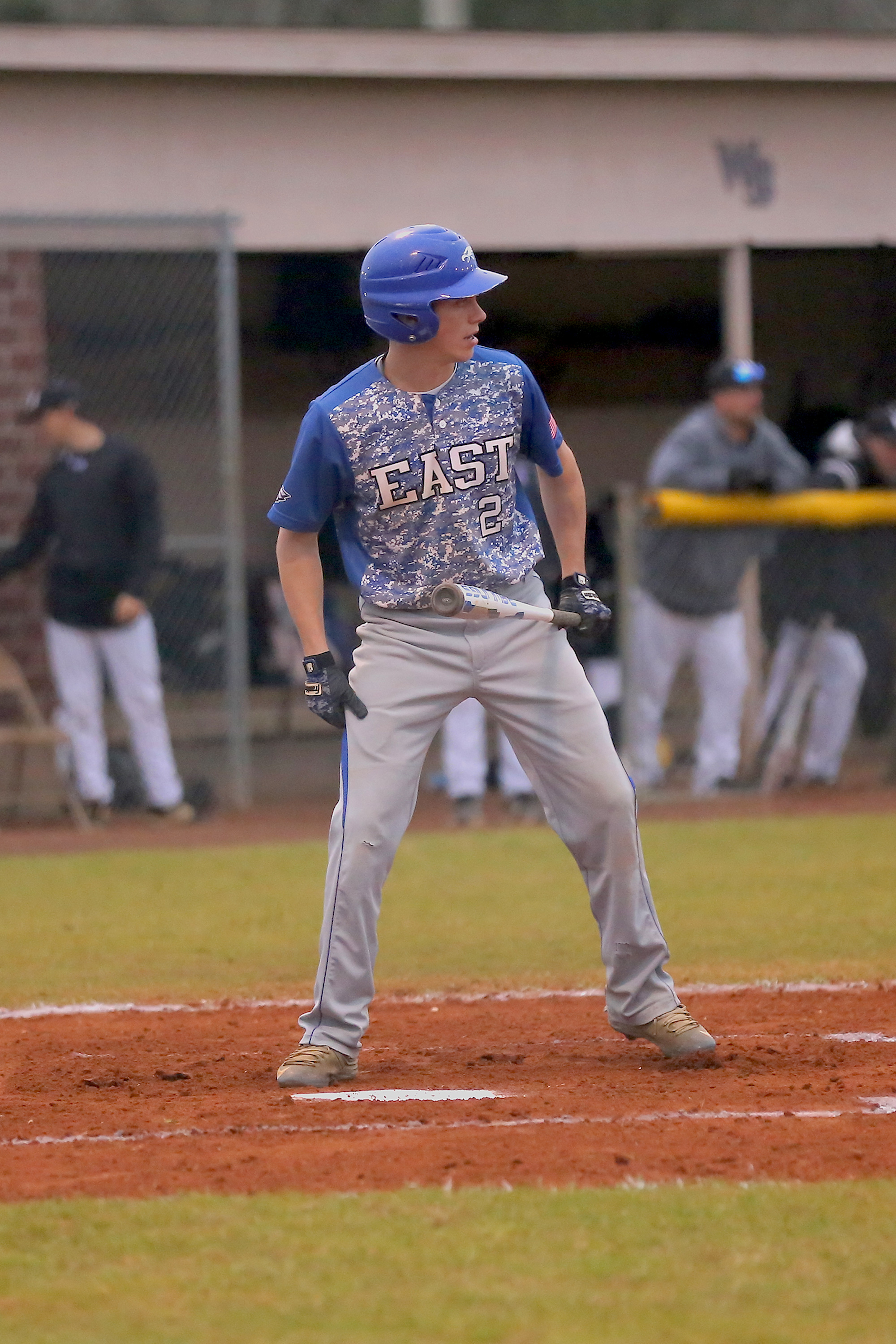 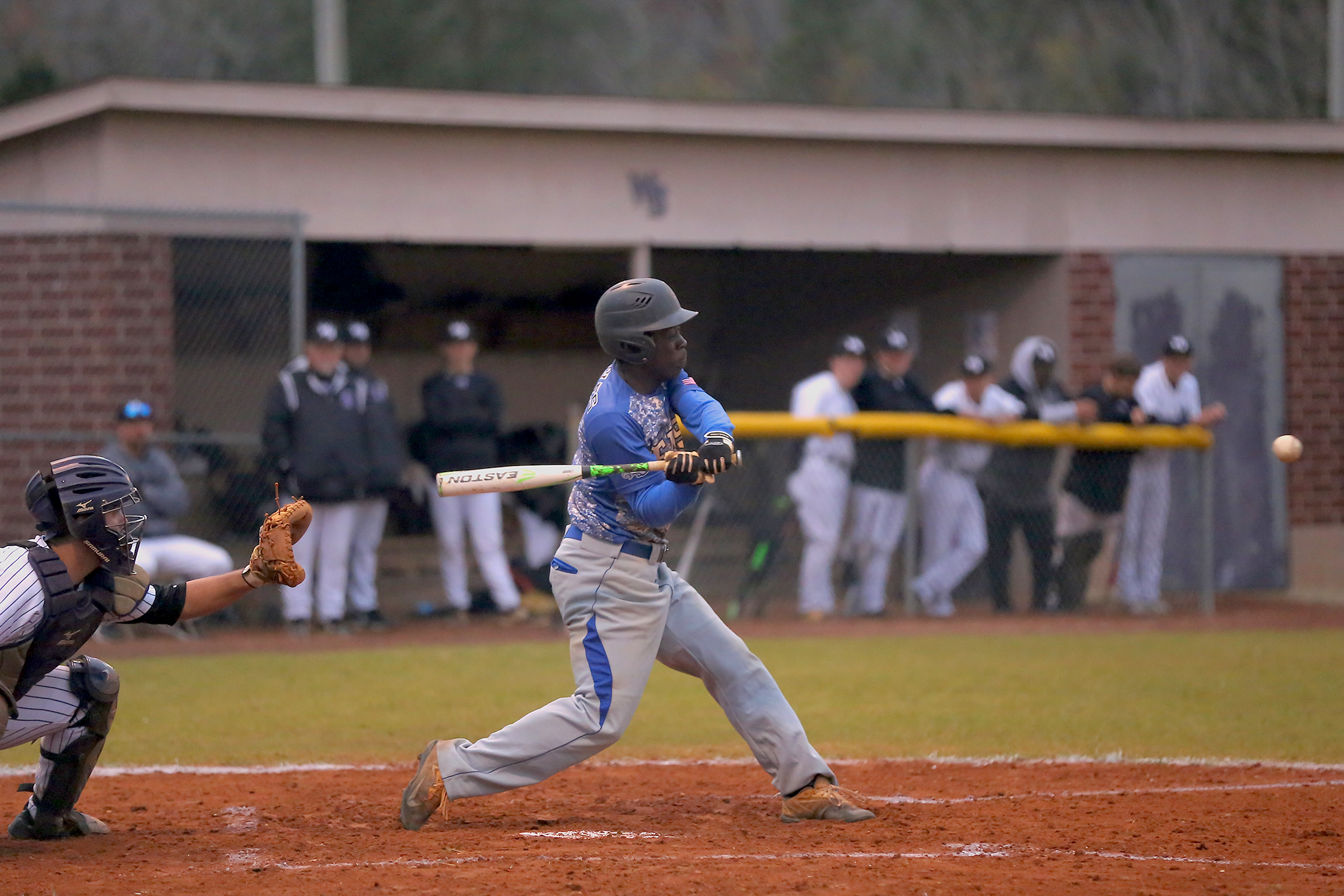 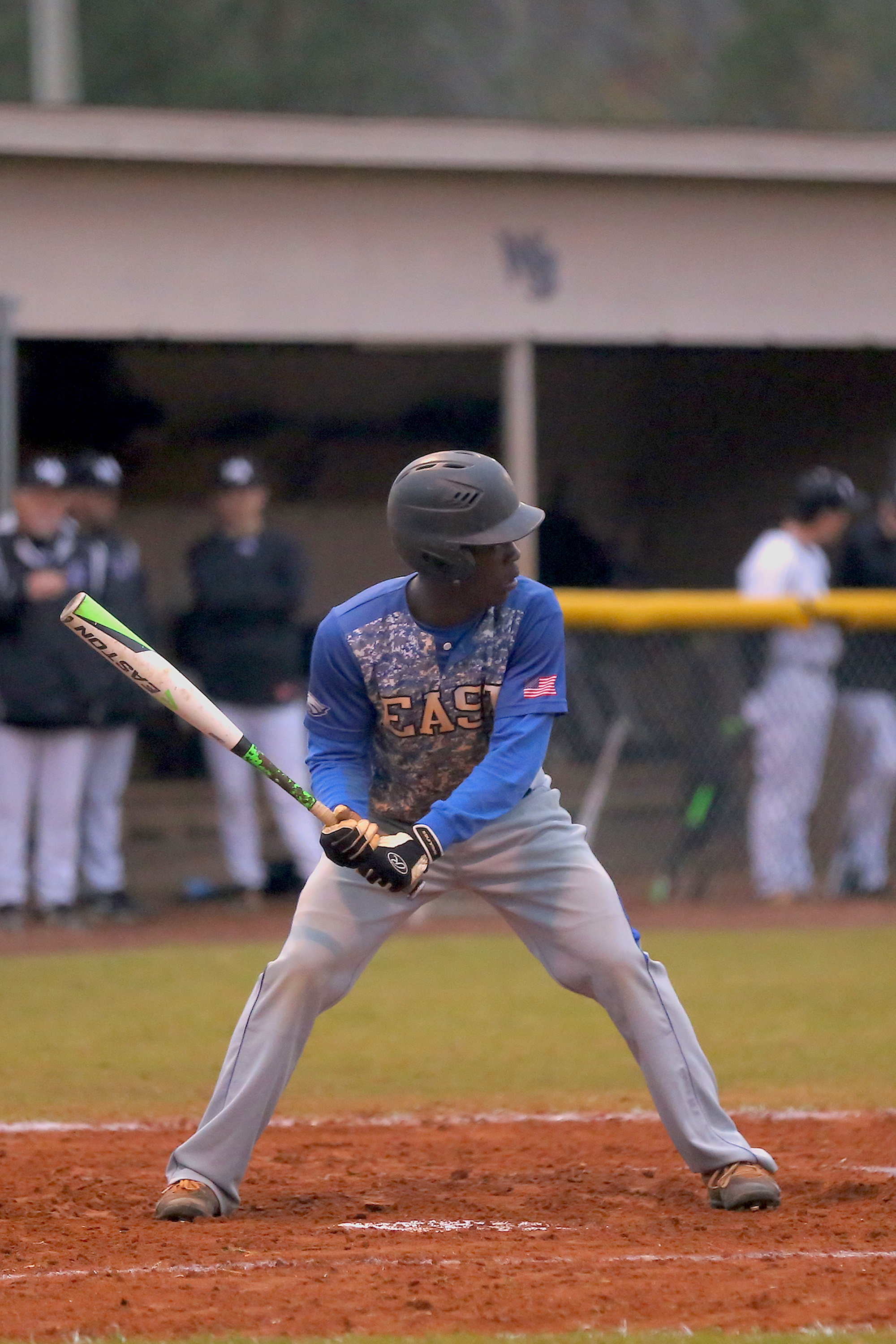 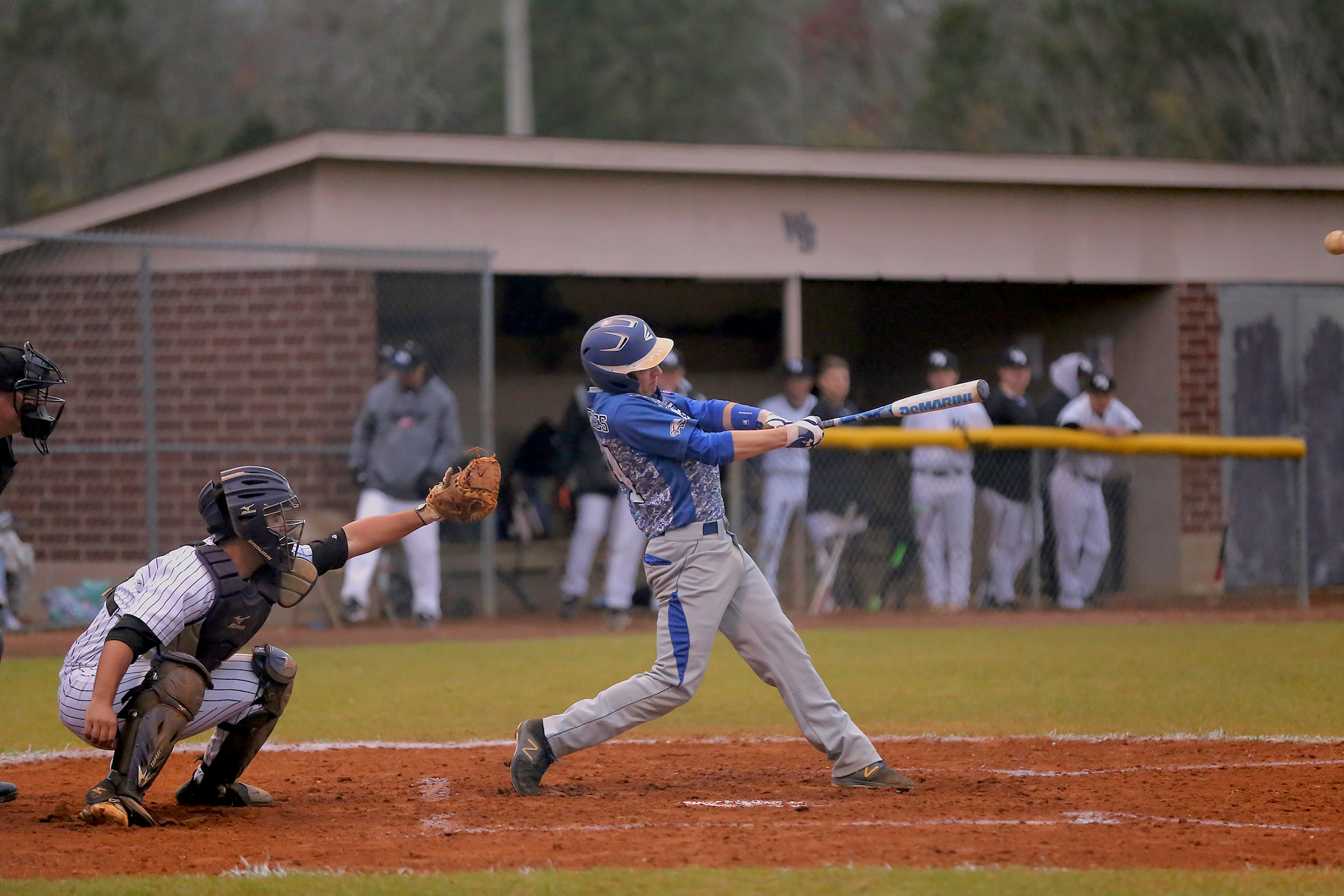 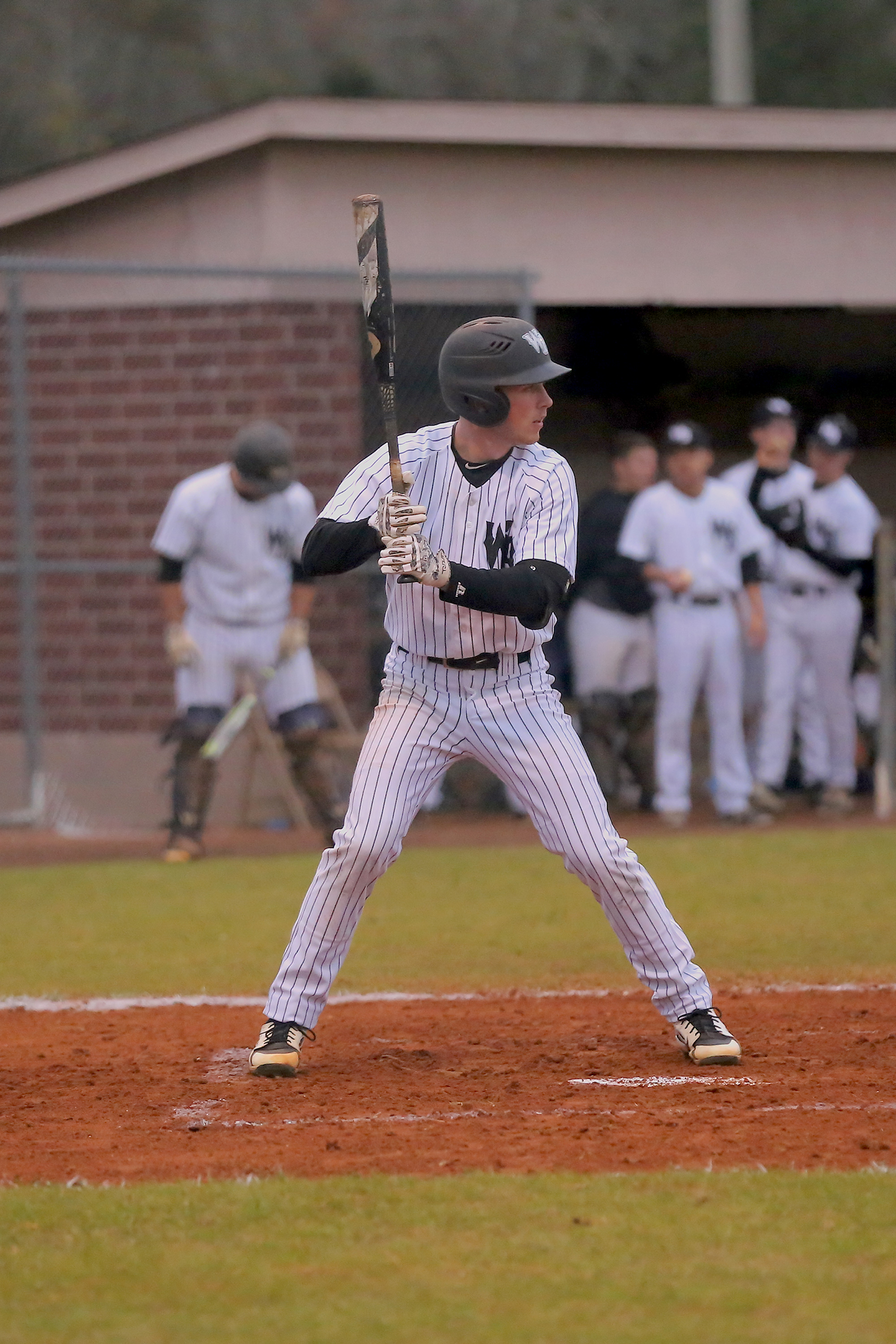 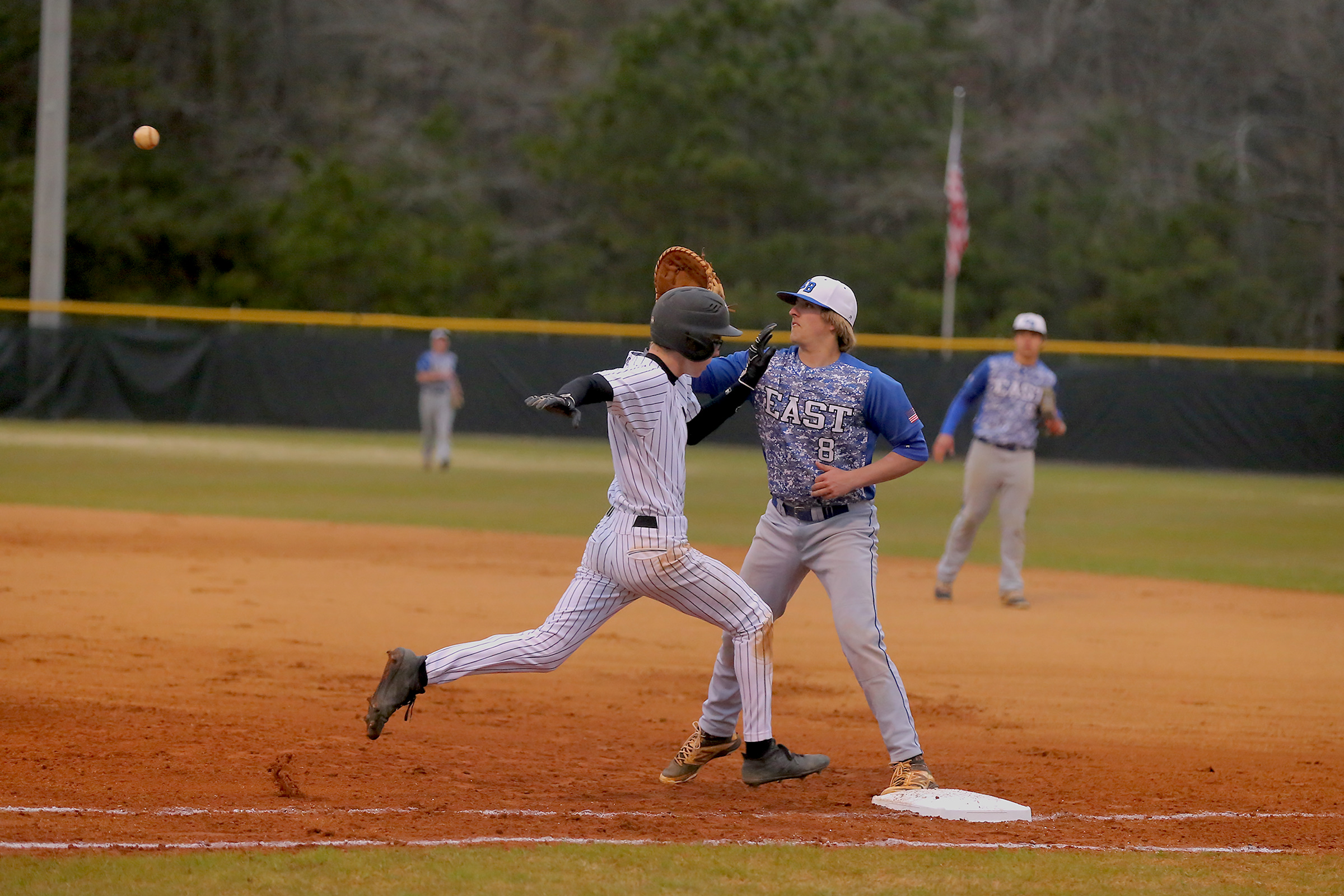 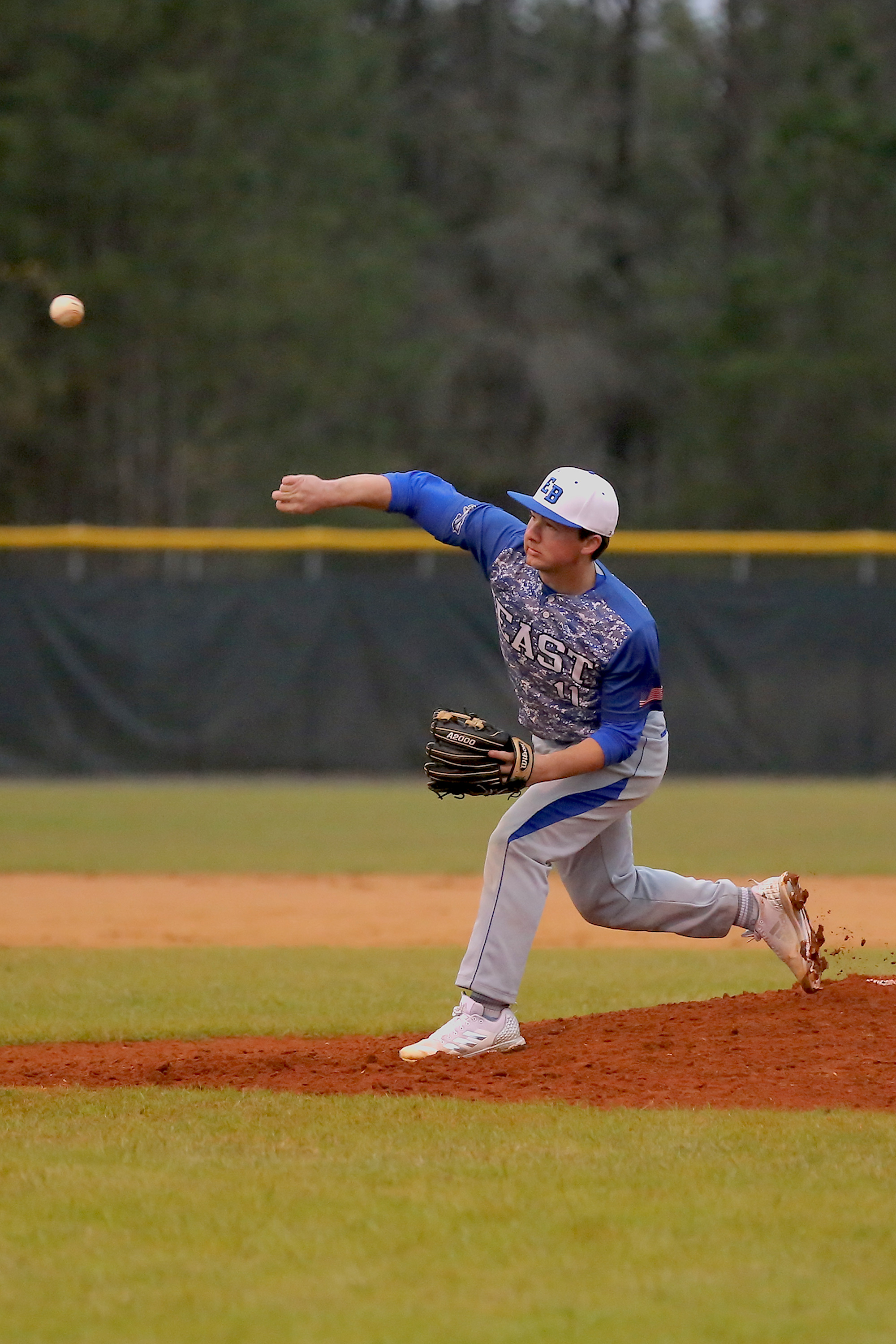 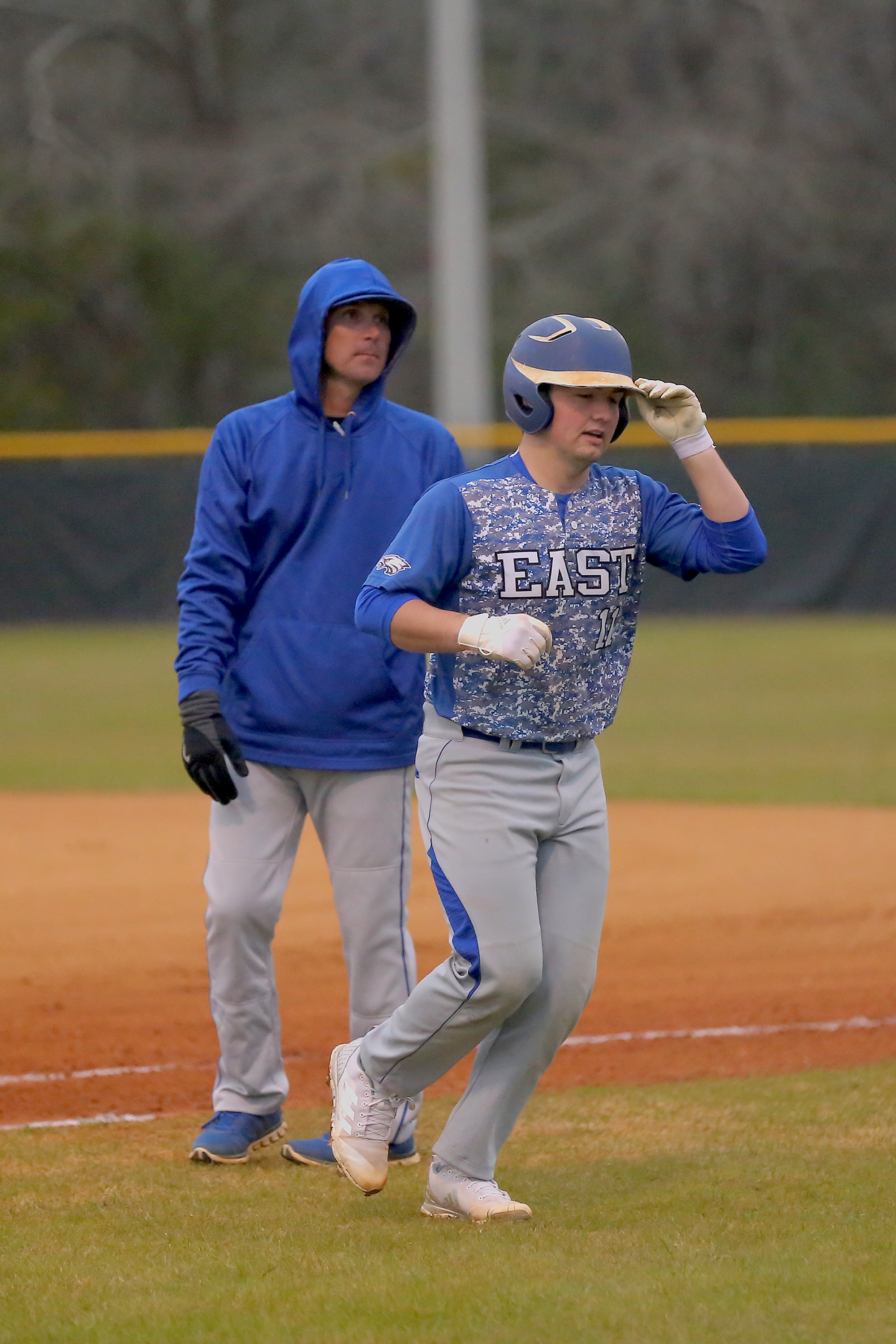 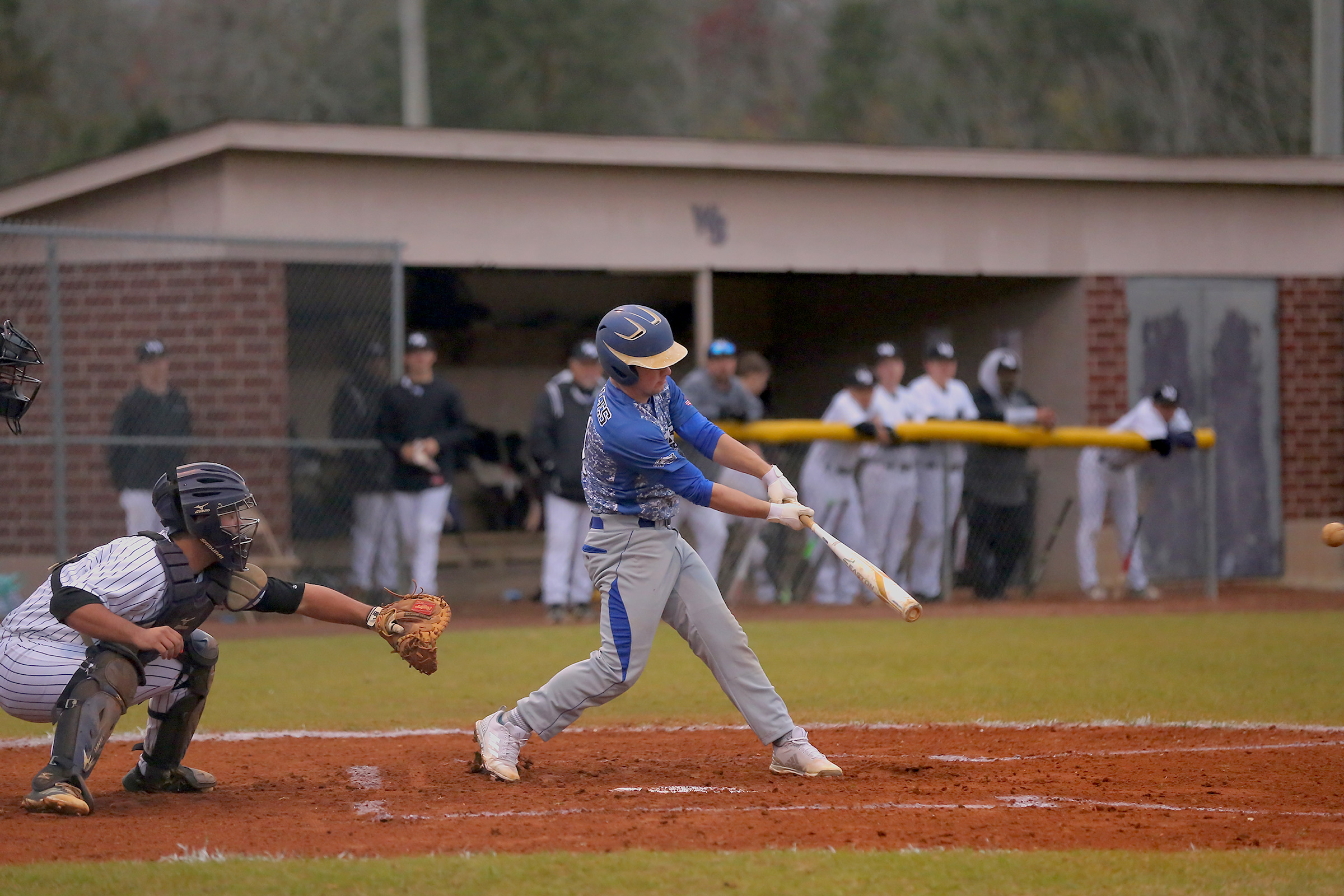 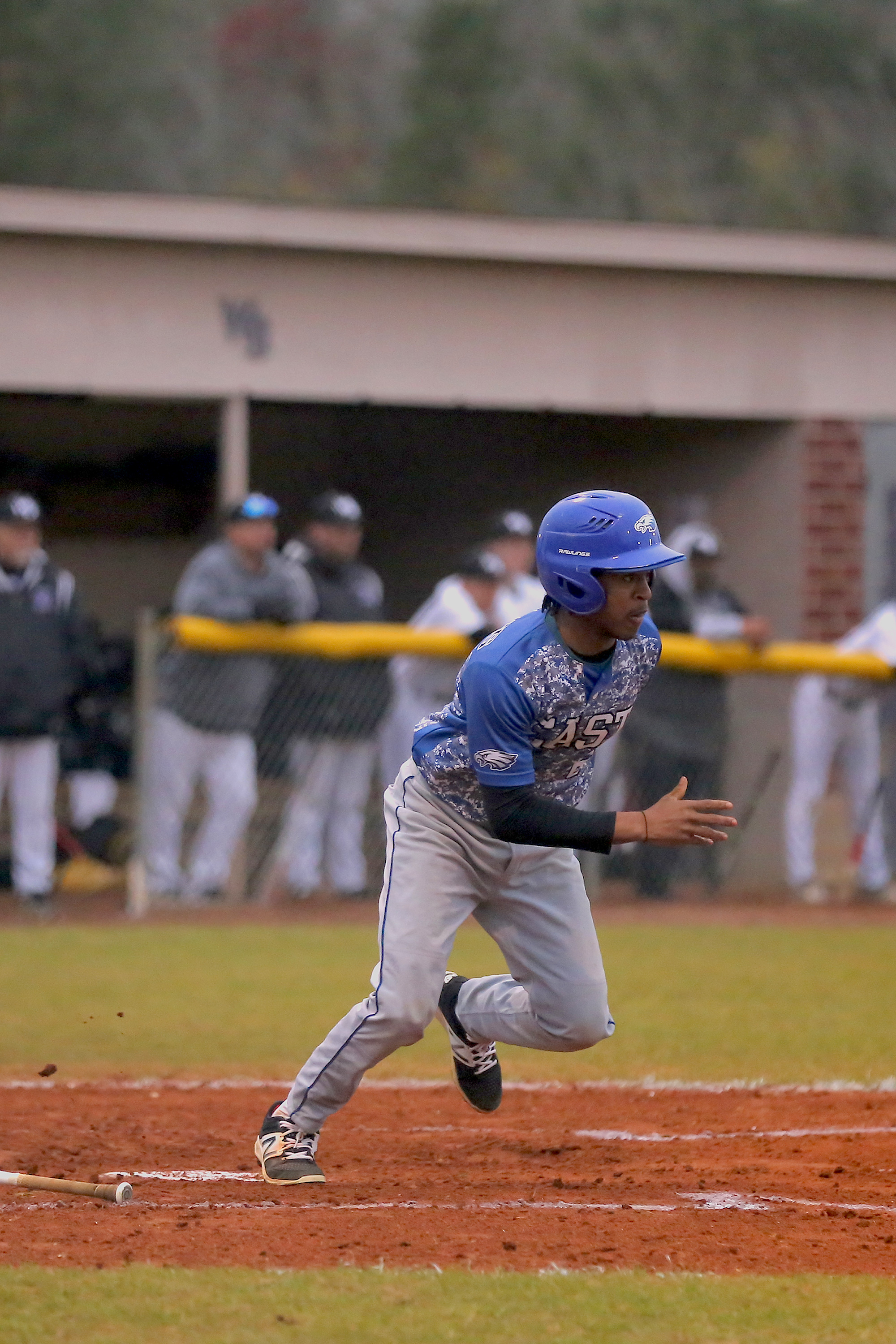 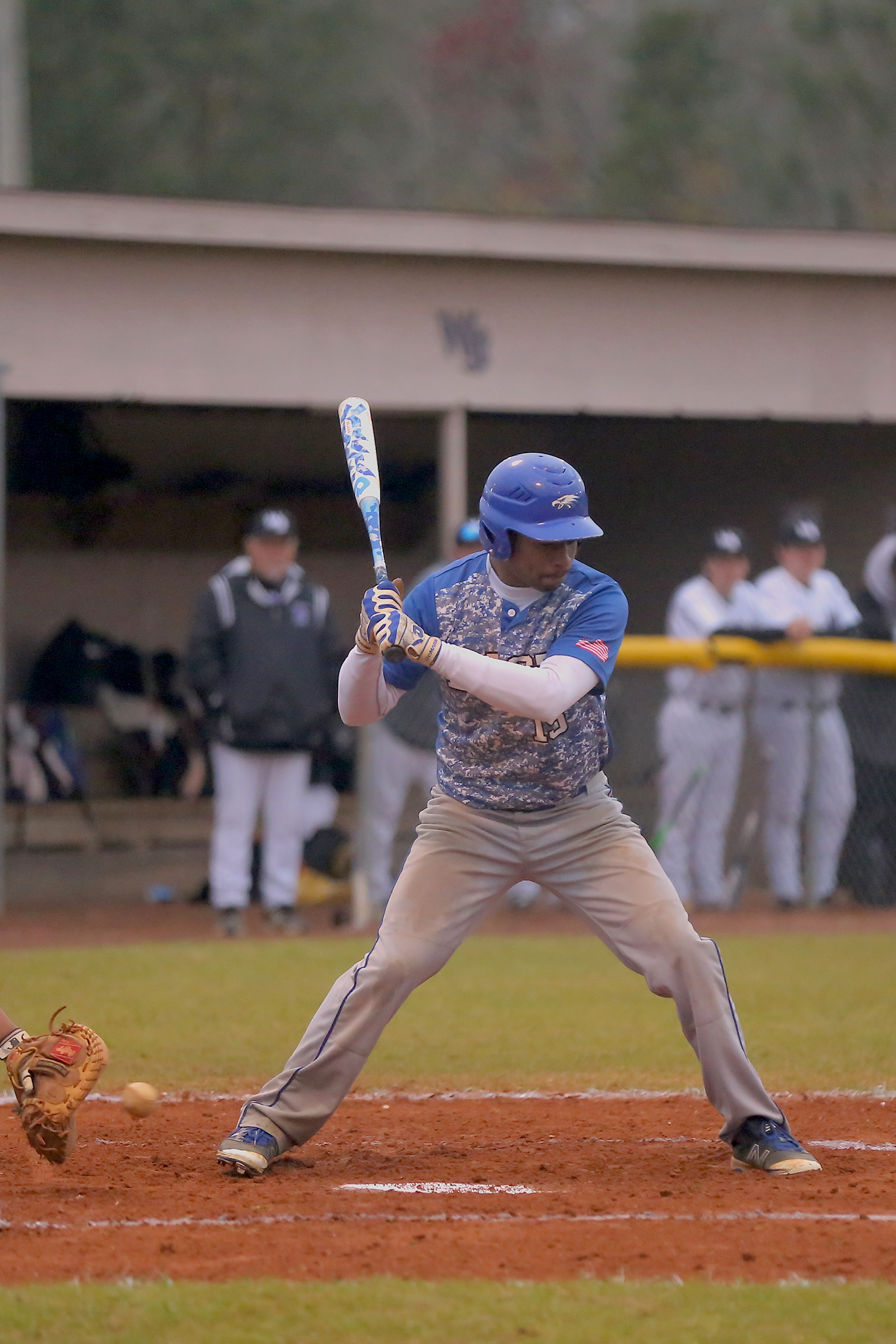 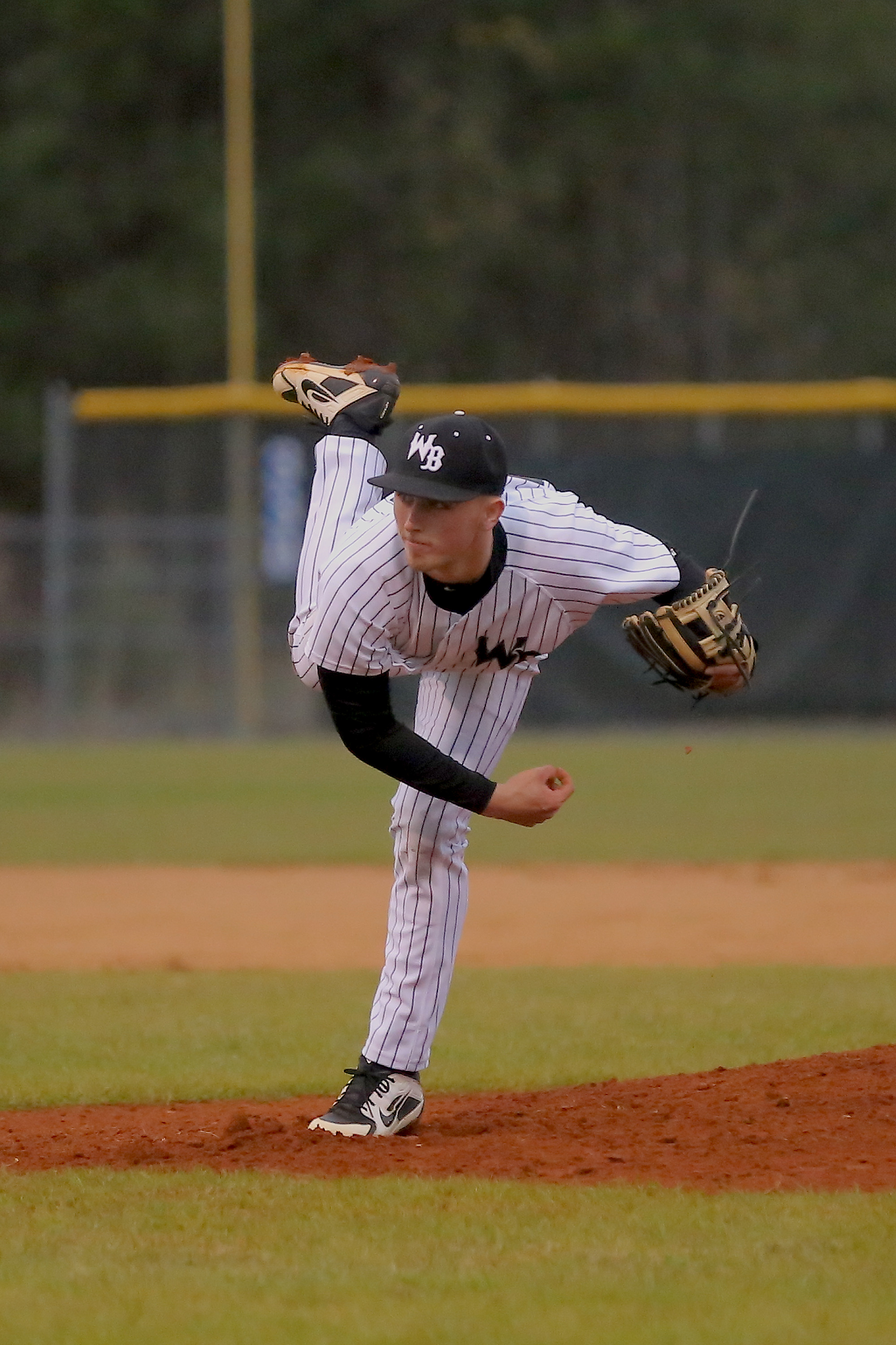 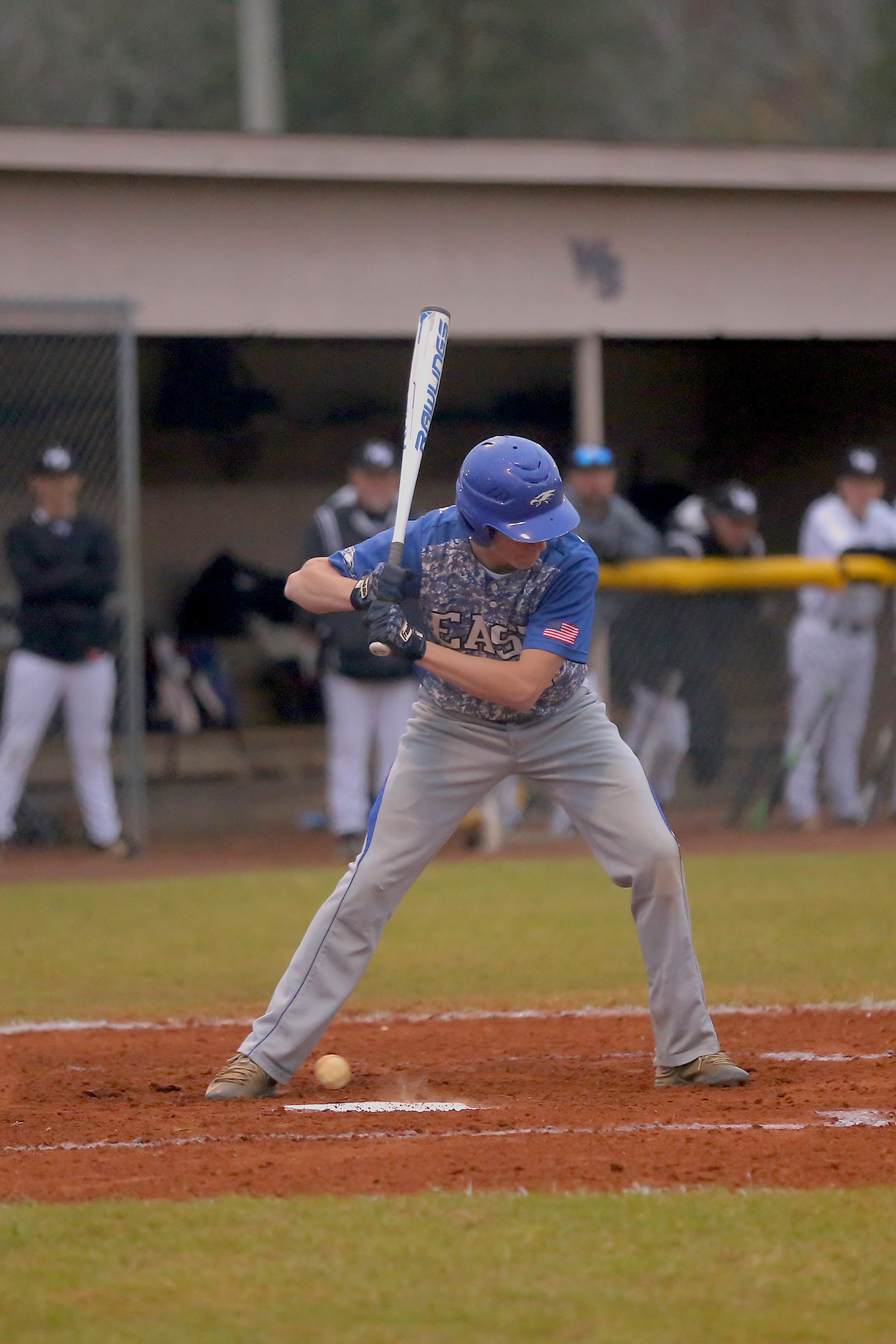 Melvin walked one batter and hit one in his complete game performance. The Eagles broke open a tight game with 5 runs in the sixth and 3 more in the seventh.

In the Eagle first inning, junior Greyson Heustess beat out an infield hit, senior Xavier Wooten walked, and junior Shy Pone yanked a single to rightfield. Melvin legged out an infield hit that scored Heustess for a 1-0 East lead.

Sophmore catcher Gabe Barber walloped a triple over the leftfielder’s head to start the Eagle second, and two outs later senior Sincere Smith raked a single to left that scored freshman Zach Meares, the courtesy runner for Barber, for a 2-0 East Bladen lead.

The Knights trimmed the lead to 2-1 in the home half of the second. Sophmore Jake Butler drew a walk, and courtesy runner Shawn Oxendine, stole second base, advanced on a passed ball and raced home when sophmore Dawson Bryan laced a single to centerfield.

East Bladen tacked on an insurance run in the fifth to pad the lead to 3-1. Heustess hammered a triple to leftfield and darted home when Wooten lined a single to right.

Melvin and Barber sandwiched walks around a Ty Watkins’ single in the Eagle sixth to load the bases. Senior Quinton Bedsole lofted a sacrifice fly to left that scored Dan Tatum, the courtesy runner for Melvin. Junior Spencer Scott was hit by a pitch to reload the bases.

Smith walked to force home Watkins, and Heustess lifted a sacrifice fly to center that scored courtesy runner Meares. Wooten ripped a double down the leftfield line to drive in Scott and Smith and boost the lead to 8-1.

Melvin reached base on an error to begin the seventh inning. Barber slapped a single to rightfield, and consecutive walks to junior Holden Clark, Smith, Heustess and Wooten forced home Tatum, Meares and Clark.

Heustess batted 3-4 with a triple, 2 runs batted in and 2 runs scored to lead the Eagle hitters. Wooten finished 2-3 at the plate with a double and 4 rbi’s. Barber was also 2-3 with a triple. Smith, Pone, Melvin, and Watkins added one hit each.

Smith drove in 2 runs and scored two. Melvin and Bedsole had an rbi each. Meares scored 3 runs, and Tatum scored two. Watkins, Scott and Clark scored one run each.

Bryan, sophmore Logan West and senior Trey Storms connected for one hit each for West Bladen. Bryan had an rbi, and Oxendine scored a run.

Senior Scott Bowen pitched the first 6 innings for the Knights and struck out 6, while walking 4 and hitting one. Storms worked 0.2 innings and allowed 3 unearned runs on a hit and 3 walks. Sophmore Nolan Bryant struck out one batter and walked one in his 0.1 inning of work.