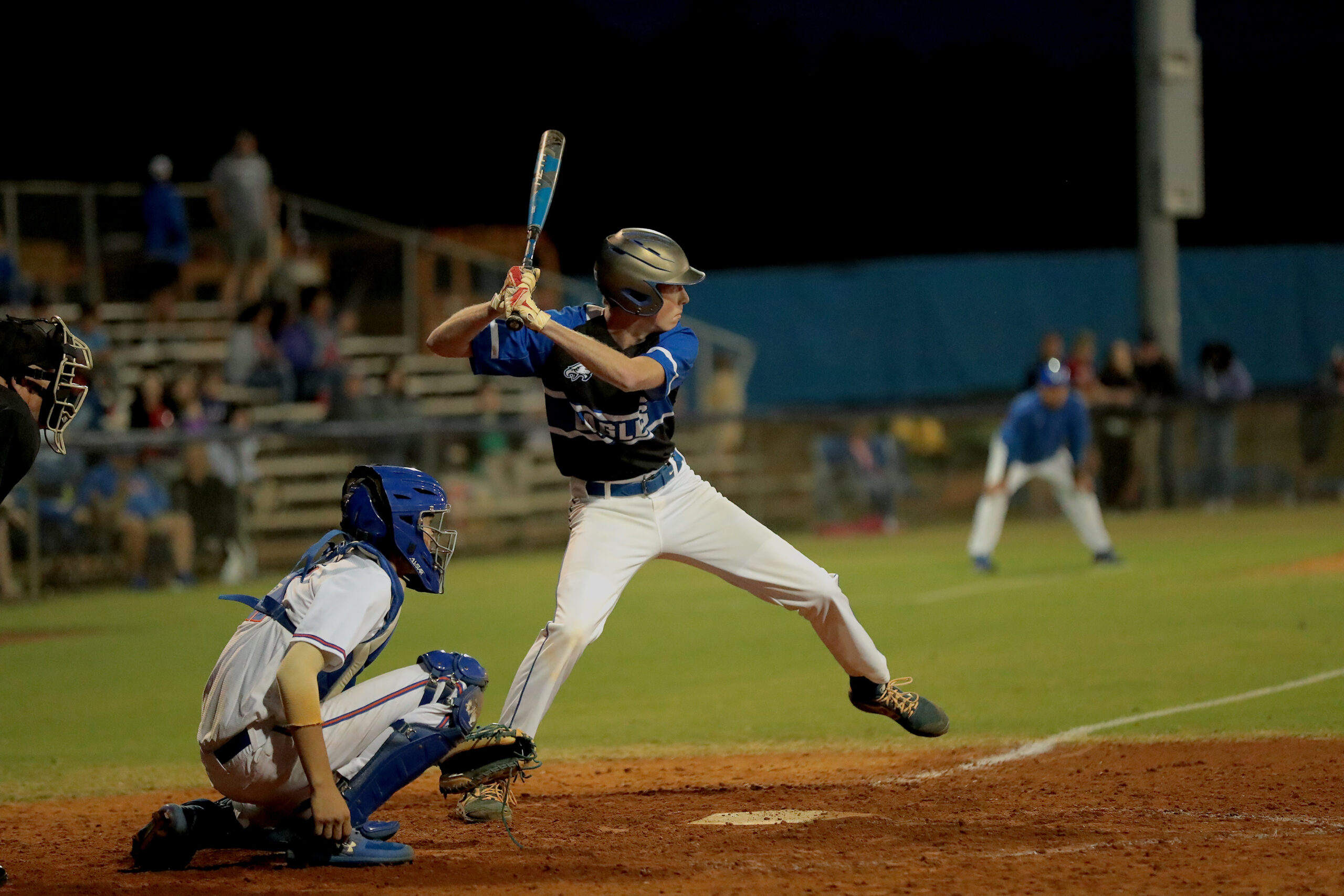 WHITEVILLE – Senior Zach Meares fired a 1-hitter and struck out 14 batters to pitch East Bladen to a 5-0 victory over Whiteville in the Three Rivers Conference baseball opener for both teams.

Meares retired the first 15 batters that he faced before Sam Inman reached on a passed 3rd strike to begin the 6th inning. However, Meares picked Inman off of 1st base.

Senior John Lawson Cook ended the no-hit bid with a lead-off single to left in the Wolfpack 7th. Meares struck out the next batter, but Ty Lawson reached on an error. The game ended moments later when Meares speared a 1-hopper back to the mound and started a game-ending double play with a peg to shortstop Lefrederick Wooten who relayed the ball on to first baseman Jacob Priest. 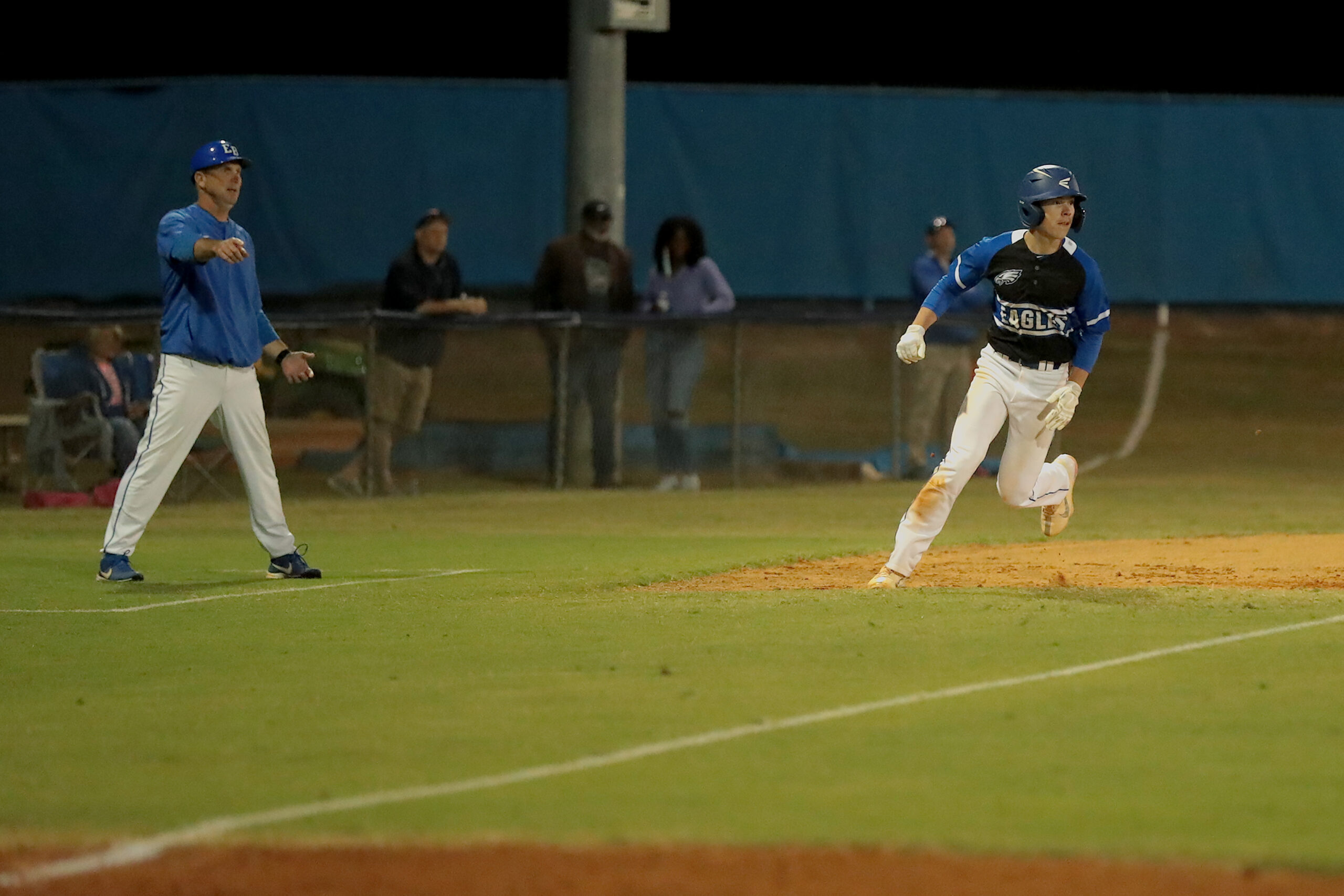 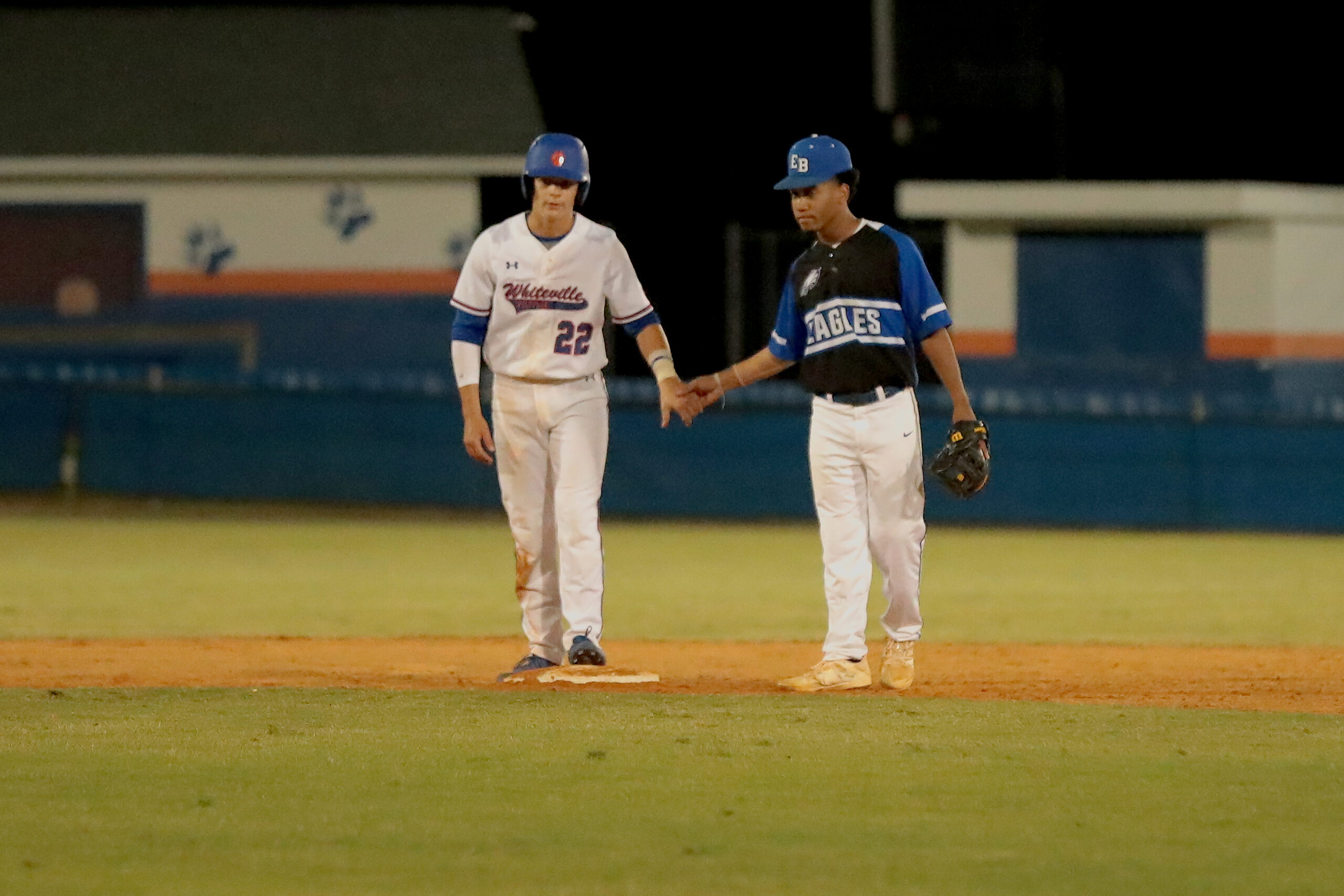 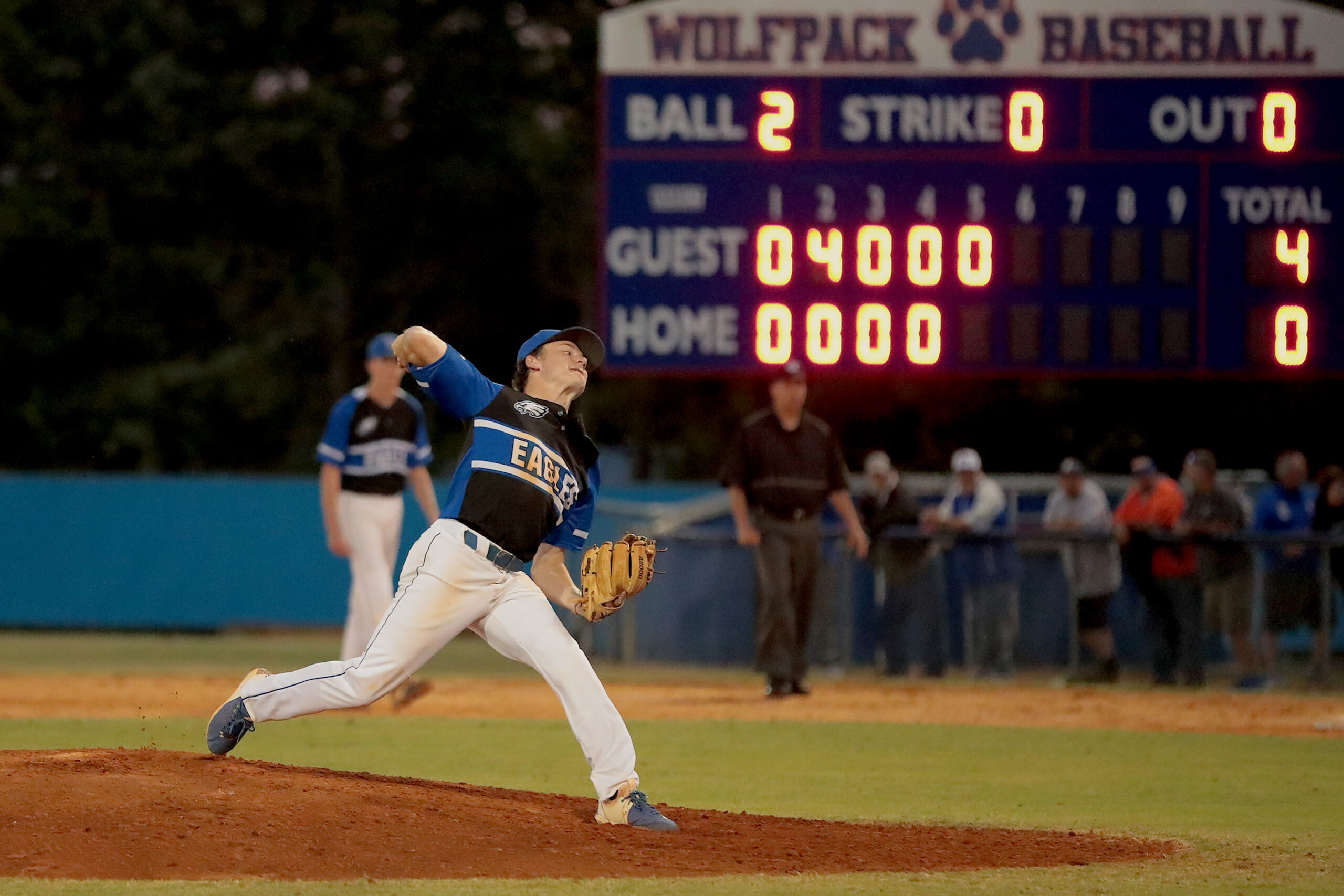 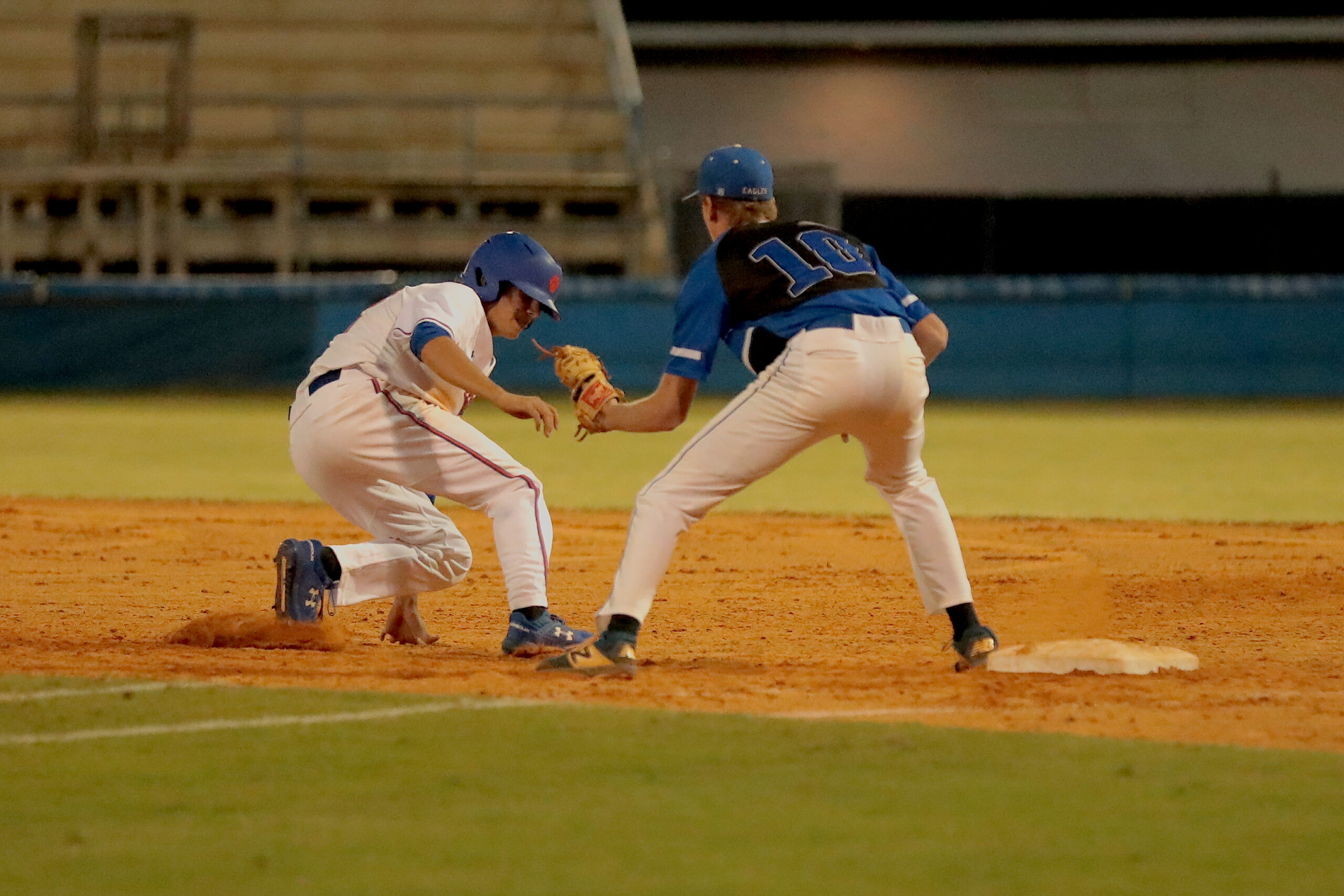 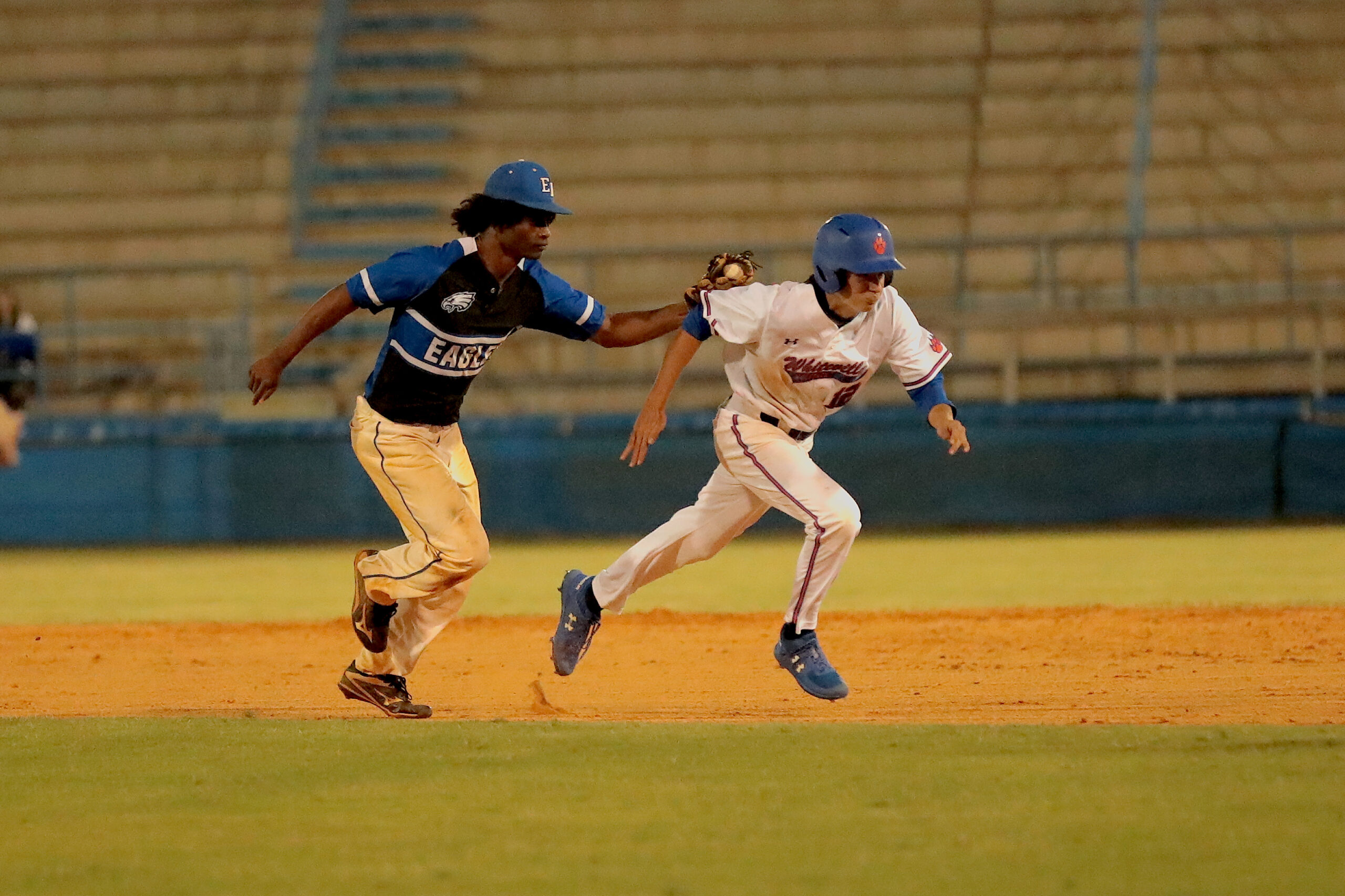 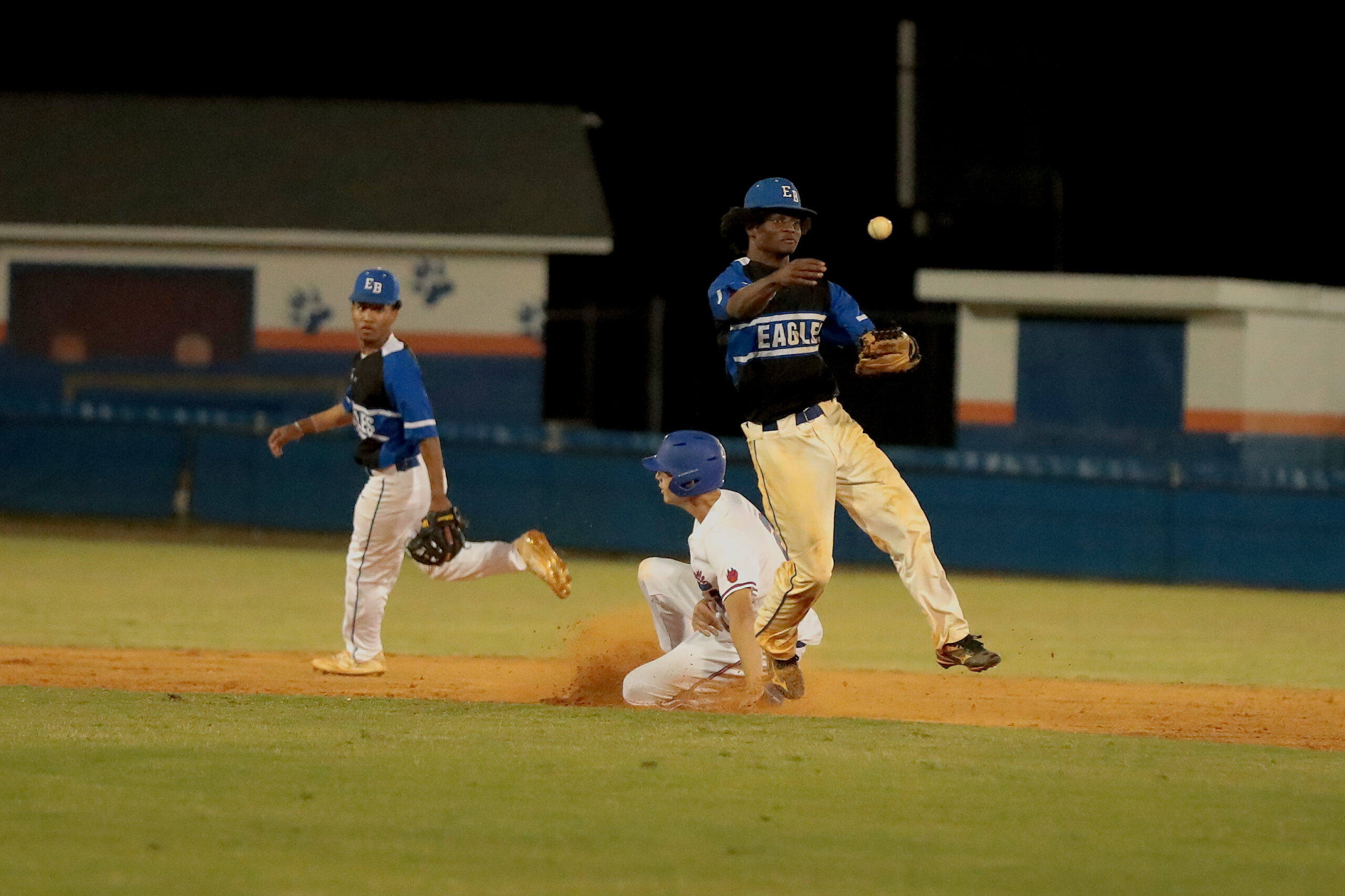 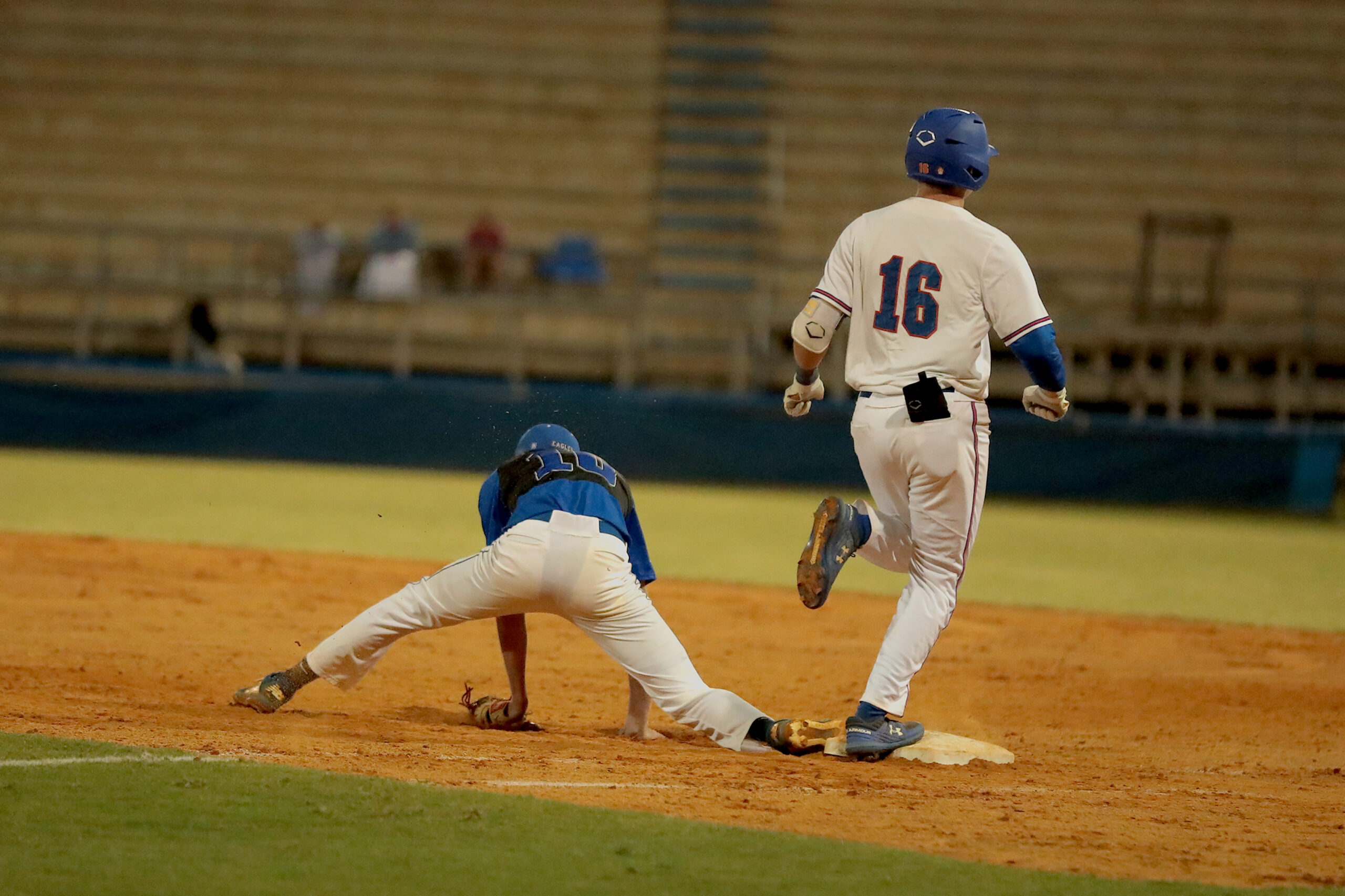 “I tried my best not to think about it,” said Meares about the no-hit bid. “Everything pitching-wise was going great. Both of my pitches (fastball and curve) were working well.”

East Bladen Coach Grant Pait said, “I am really proud of this team and Zach. I was on pins and needles. I really wanted him to get the no-hitter.”

Offensively the Eagles used their speed to capitalize on a pair of Wolfpack miscues and score 4 runs in the 2nd inning. Senior Drew Sholar drew a lead-off walk and 1 out later, senior Rasean McKoy was hit by a pitch. Meares grounded to shortstop, but McKoy beat the throw to 2nd base.

Junior Ethan Johnson rapped a grounder too short, but the throw to the plate skidded away from the catcher allowing Sholar and McKoy to race home with a pair of Eagle runs. Senior Brady Hollingsworth’s 2-out pop-up to short was dropped, and Meares and Johnson sprinted home with 2 more runs stretching the East lead to 4-0.

The Eagles left the bases loaded in the 1st inning then loaded the bases again in the 3rd inning on 2-out walks to junior Raymond Autry and Meares sandwiched around a line drive single by McKoy. However junior Fisher Soles relieved starting pitcher Lawson and struck out the 1st batter he faced to end the threat.

Soles retired 11 of the 1st 12 batters he faced before Priest yanked a single thru the left side of the infield. Sophomore Evan Pait blasted a double to deep left-centerfield that scored Priest and padded the lead to 5-0.

Priest batted 2-3 with a run scored to lead the Eagle hitters. Pait hammered the run-scoring double, and McKoy belted a single and scored a run.

“We came out playing baseball and playing as a team, “ said Coach Pait. “We put the ball in play and made things happen with our speed. Rasean, Drew and the bottom of the order came through for us. Jacob had 2 hits.”