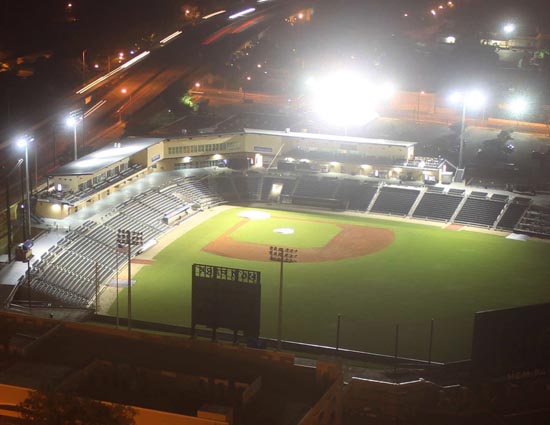 Baseball Enters the Dark Side

Imagine if you could, a time before the MLB, 12,000 people are crowded into a stadium. The teams are the Cincinnati Reds and the Philadelphia Phillies. The Reds are in the lead 2-1 and people are cheering.

This scene took place in Des Moines, Iowa and took place on May 2, 1930. The average attendance rate for minor league baseball games at the time was around 600 per game. Evenings became a popular gimmick for minor leagues in order to draw more fans. Night games became even more popular during the Great Depression. This had such an effect on the major leagues that it took more than 5 years to catch up to the minor leagues.

The first big league game that took place at night drew in over 25,000 people and was attended by President Roosevelt, who iconically switched on the lights in Washington D.C.

After many years of catching up, the newer fields at the time started to introduce more suitable lights for night games in order to capitalize on the trend. Wrigley Park, the second oldest park in the US, was the last park to install lights in 1988.