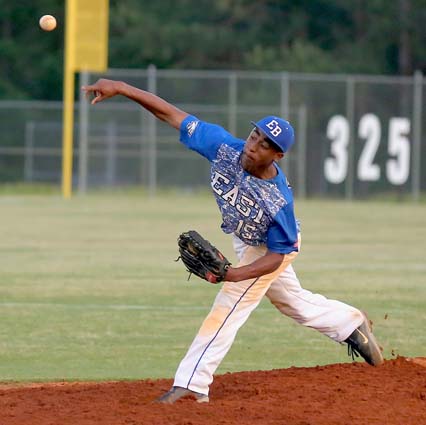 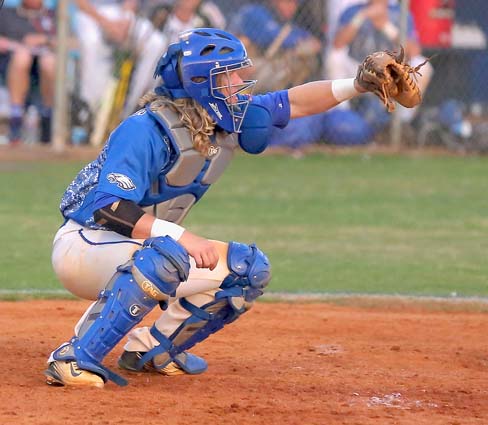 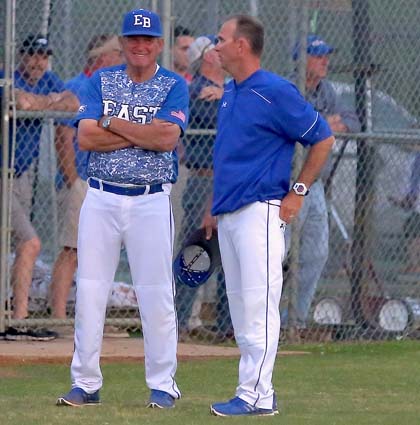 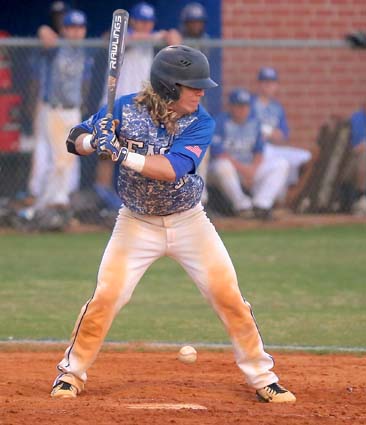 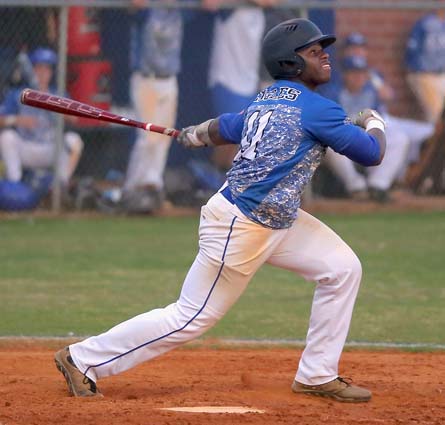 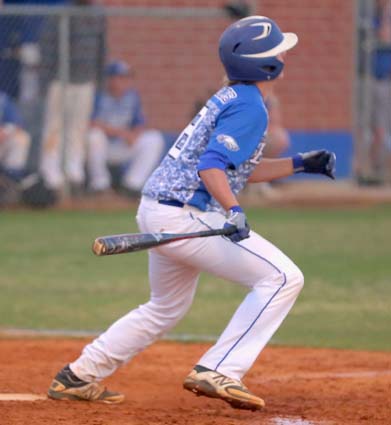 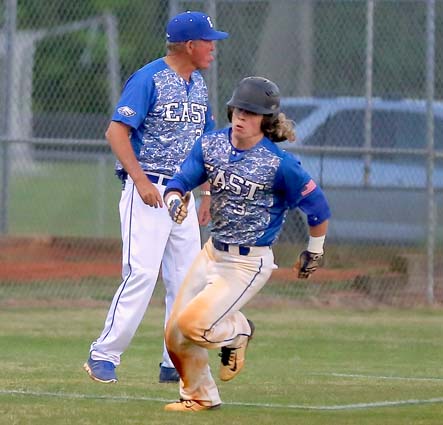 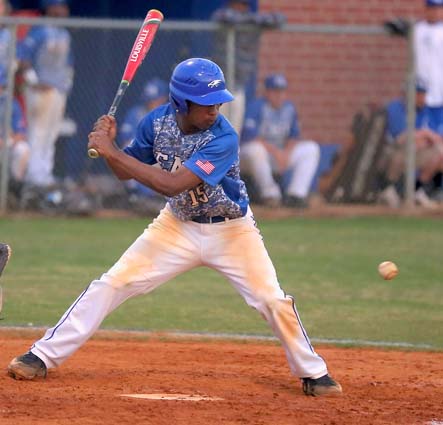 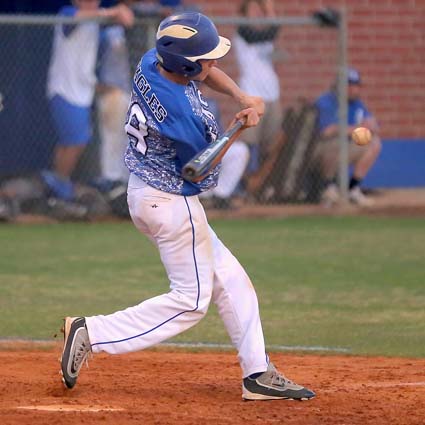 It was the first loss of the season for Coach Russell Priest’s Eagles who drop to 10-1 in league play and 14-4 overall. East Bladen still holds a 2-game lead over second-place Clinton in the Four County standings.

Senior Michael Stroman slammed a first-inning triple and scored on an infield out to put Trask up 1-0. The Titans then added 4 more runs in the second to take a 5-0 lead.

Sophmore Robbie Patterson cracked a single and raced home on Chase Foxblower’s double. An Eagle error plated Foxblower, and after another error, Stroman hammered his second triple of the game that drove in 2 more runs.

Brooks McGill smacked a one-out single in the Eagle third inning and scampered home when Sincere Smith blasted a triple.

The Titans got the run back in the fourth as Miles Jordan singled, stole a base and scored on an error to push the lead to 6-1.

The Eagles responded in their half of the fourth as junior Kyle Tatum was hit by a pitch, stole second base and dashed home when sophmore Ty Watkins delivered a run-scoring single.

Trask broke the game open in the fifth. Sophmore Nathan Harrell was hit by a pitch, and senior Tanner Benton belted a single. Foxblower walked before Jordan connected for a 2-run single. Foxblower scored on a passed ball as the lead grew to 9-2.

Sincere Smith laced a lead-off single in the Eagle fifth, stole second and third bases and darted home when sophmore Quinton Bedsole smacked a single. The Eagles loaded the bases with two out but left the runners there. For the game East Bladen left 8 runners on base.

Sincere Smith batted 2-4 with a run-scoring triple and a run scored. Tatum finished 2-3 at the plate with a run scored. Senior Alex Coates, McGill, Bedsole, Watkins and sophmore Xavier Wooten all connected for one hit each for East. McGill scored a run, and Watkins and Bedsole drove in one run each.

The Eagles will travel to Wallace-Rose Hill Thursday night.