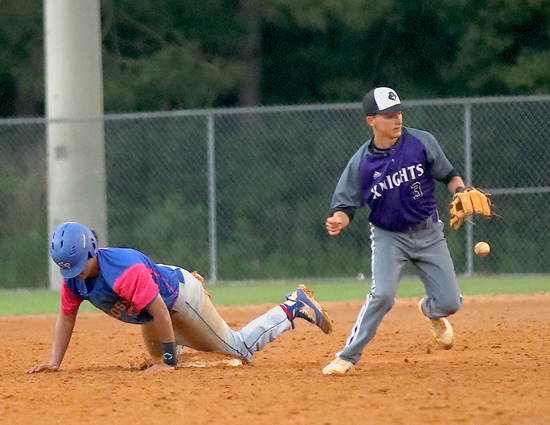 Sophomore Hunter Smith reached base on an error to begin the Knight sixth. Junior Brycen Blackmon reached on a fielder’s choice, and sophomore Michael Young walked to load the bases. Sophomore Hunter Elks walked to force home Smith, before sophomore Kaden Revels knocked in Blackmon and Young with a single to left field. 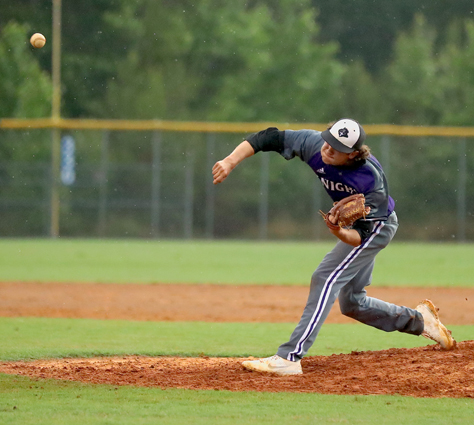 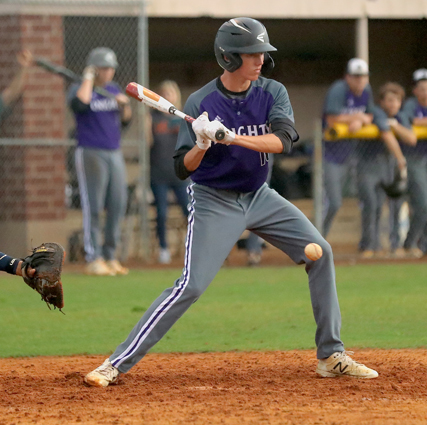 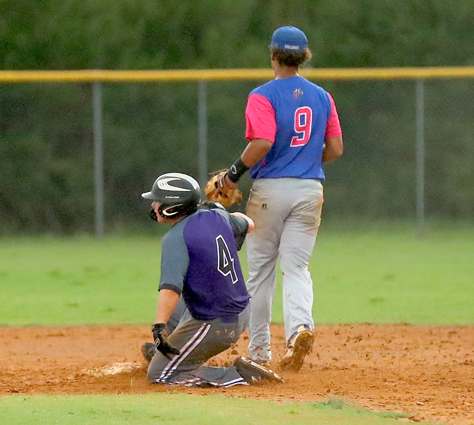 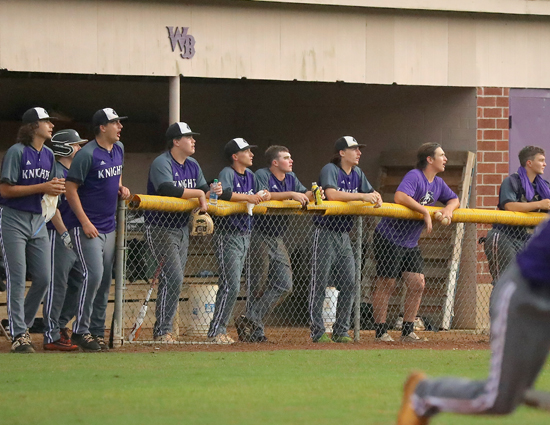 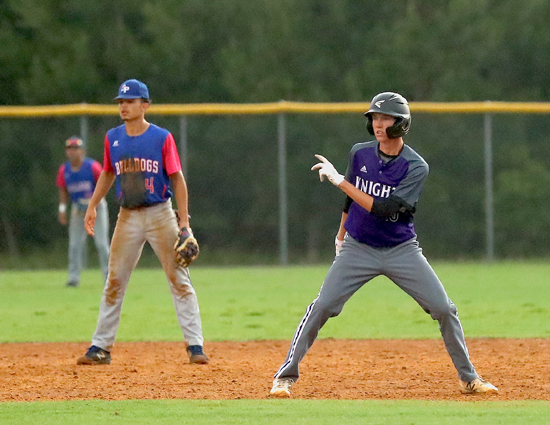 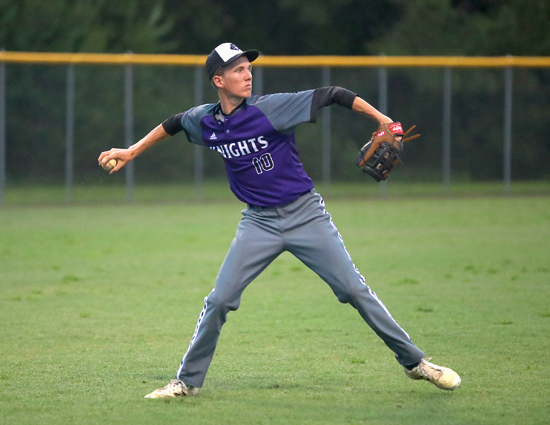 Kaden Revels was hit by a pitch, and Alex Strange walked to force home Young. Devon Strange drove in Elks and Kaden Revels with a single thru the right side that stretched the West lead to 16-12.

A walk, Dakota Strickland’s run-scoring single and an error helped the Bulldogs whittle the gap to 16-14 in the 7th before Brisson worked out of the jam with a ground-out and a strikeout to end the game.

Brisson picked up the pitching victory with 1.2 innings of relief allowing 2 runs – 1 earned – on a hit and 2 walks while striking out three. Junior Kaiden Stanley started for the Knights giving up 3 runs – 2 earned – on 2 hits and 7 walks in his 2.1 innings on the mound. He struck out one.

Devon Strange batted 3-for-5 with a double, 3 runs batted in and 2 runs scored to lead the Knight hitters. Kaden Revels cracked the 2-run single and scored twice. Elks had 2 RBIs, and Smith, Blackmon, Young and Alex Strange had 1 RBI each.

Isaac Garner singled and scored on Cameron Revels single in the Bulldog 1st inning. Devon Strange hammered a double to right in the Knight half of the 1st, advanced on Brisson’s sacrifice bunt, and after Smith walked, Devon Strange stole home on the back end of a double steal with Smith.

Four walks and an error produced a pair of Bulldog runs in the 3rd inning. A Josh Henderson single, Antonio Candelaria’s sacrifice fly and Will Brooks double helped St. Pauls grow their lead to 5-1 in the fourth.

One-out walks to Smith, Williams, Blackmon and Young in the West 4th inning led to Smith scoring on a bases-loaded walk. Elks lifted a sacrifice fly to center that scored Williams and sliced the Bulldog lead to 5-3.

Garner and Josh Henderson both singled and scored in the St. Pauls 5th with the help of an error and a sacrifice fly to pad the lead to 7-3. Four walks, a Garner double and singles by Lucas Hunt and Henderson produced 5 Bulldog runs in the 6th inning that opened up the 12-3 lead.

Garner batted 4-for-5 with a double, 3 RBIs and 4 runs scored to lead the Bulldog hitters. Henderson was 3-for-6 with an RBI and 2 runs scored. Brooks slammed the 2-run double and scored a run. Strickland and T.J. Parker scored 2 runs each. Henderson, the 3rd of 4 Bulldog pitchers, took the pitching loss.