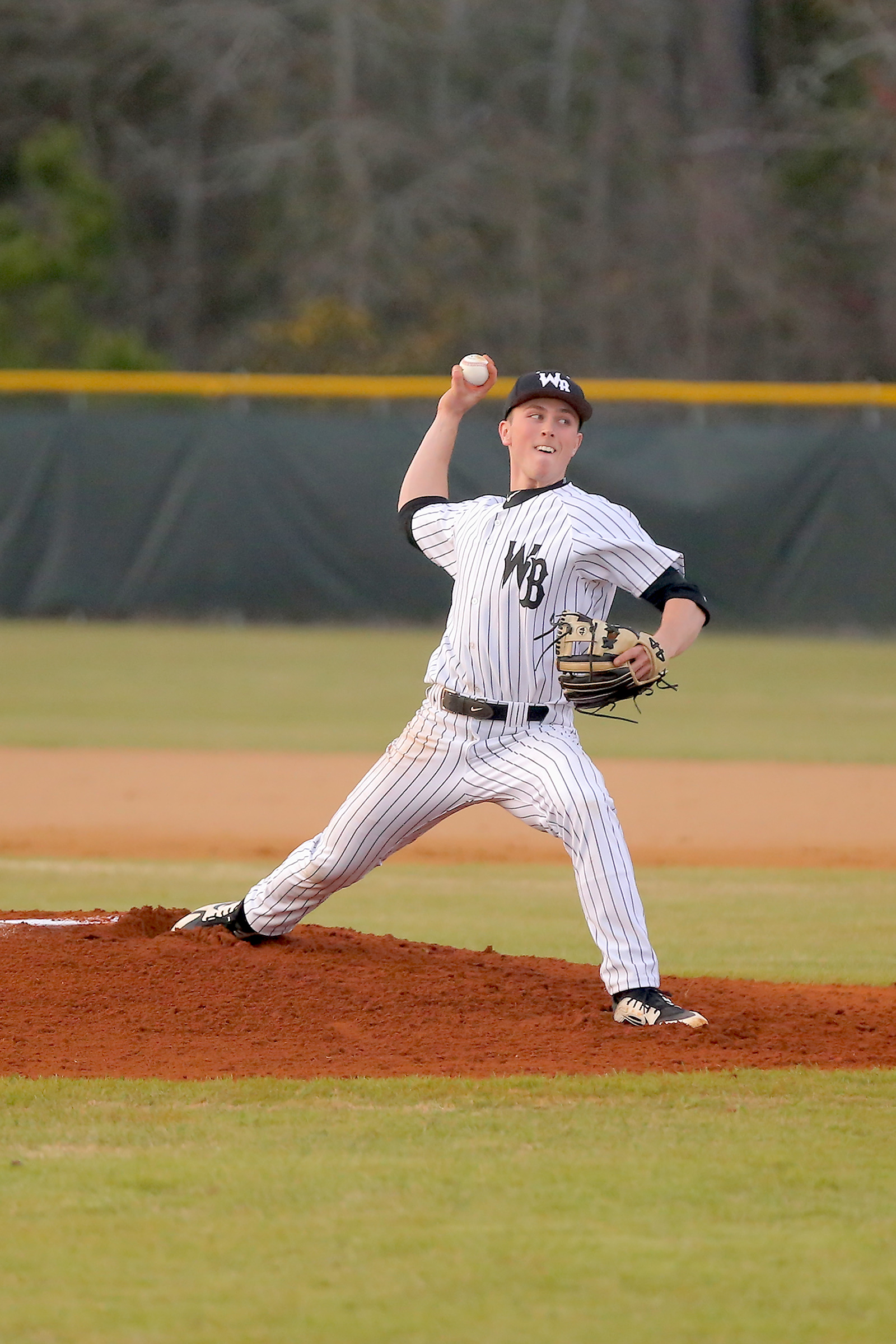 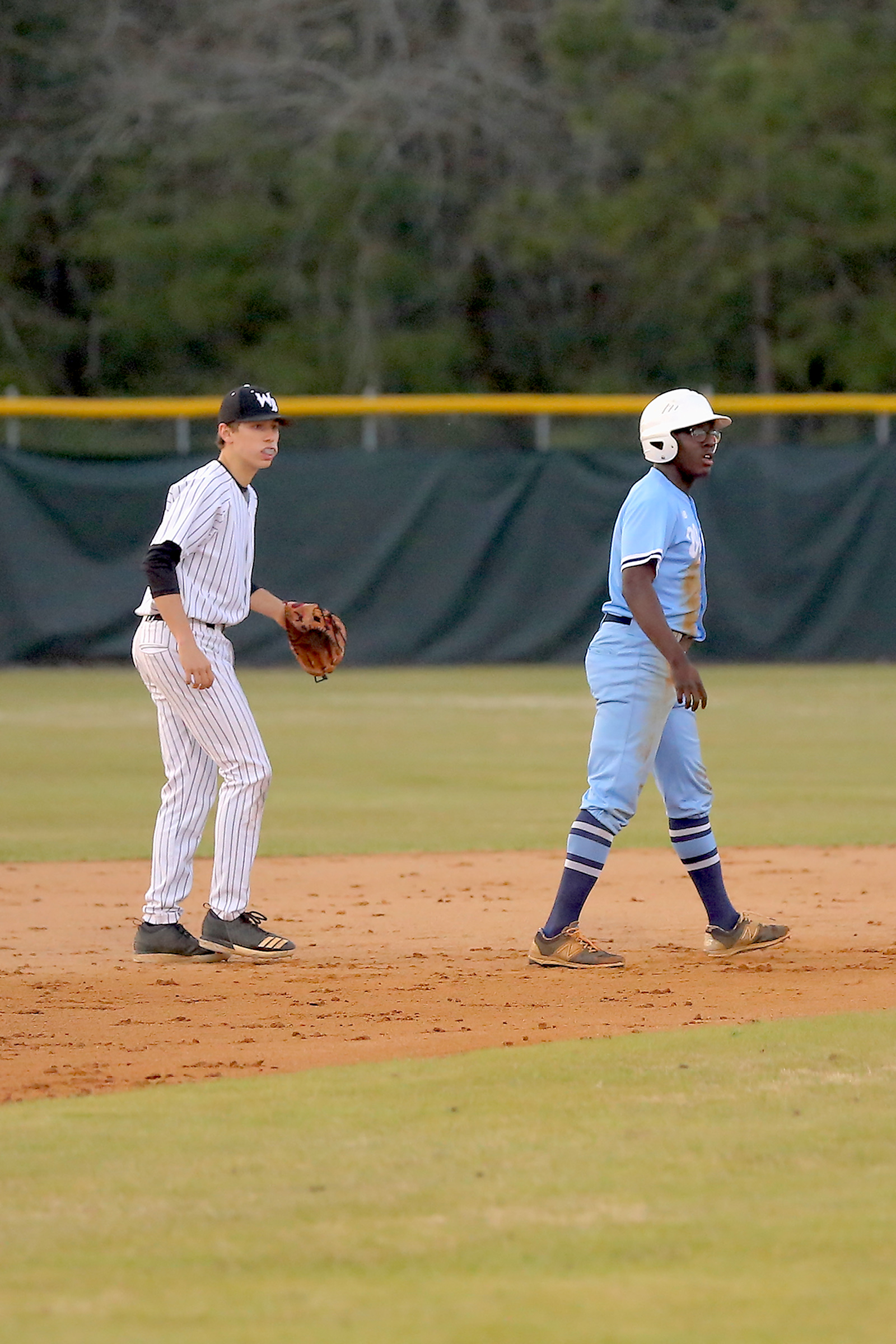 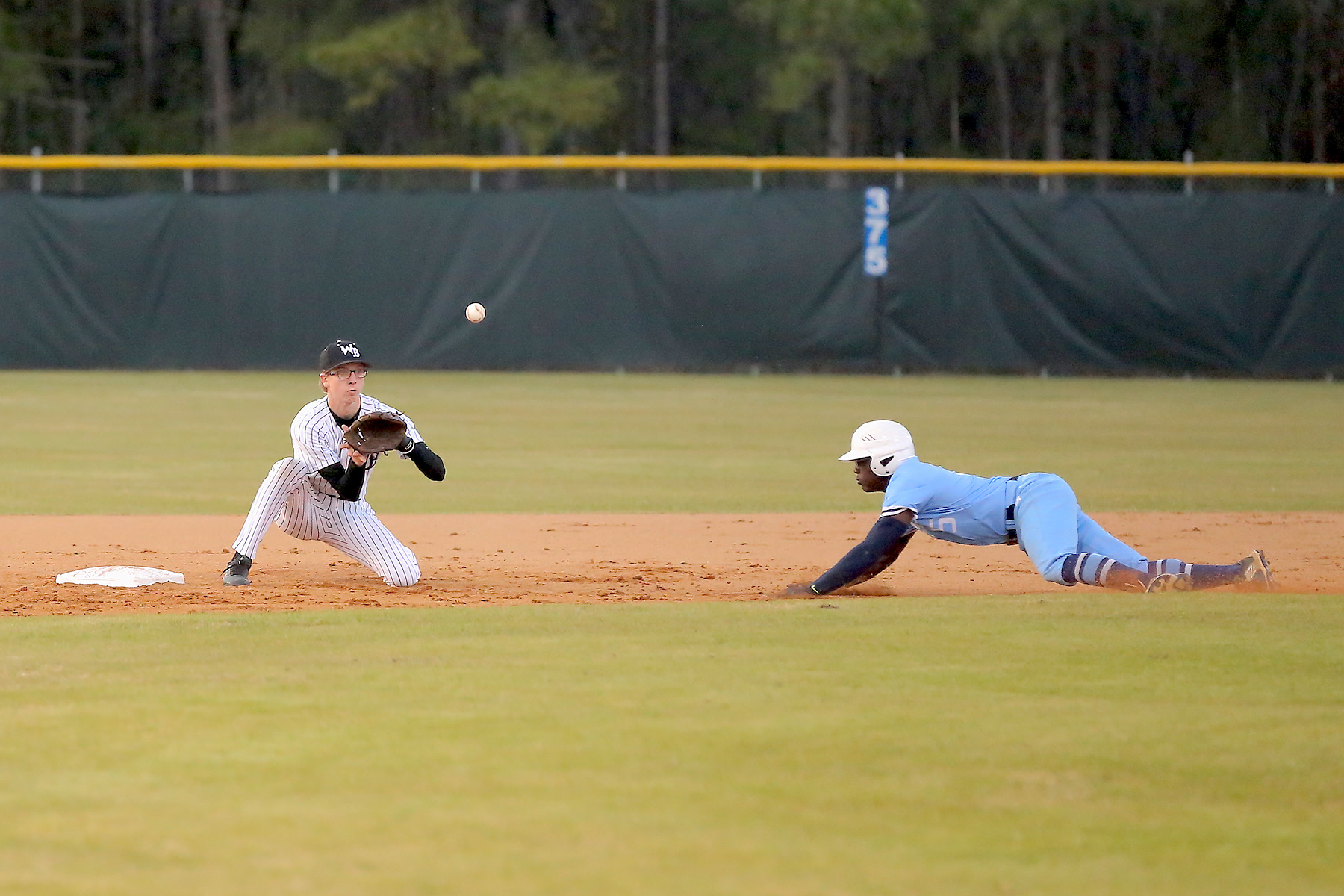 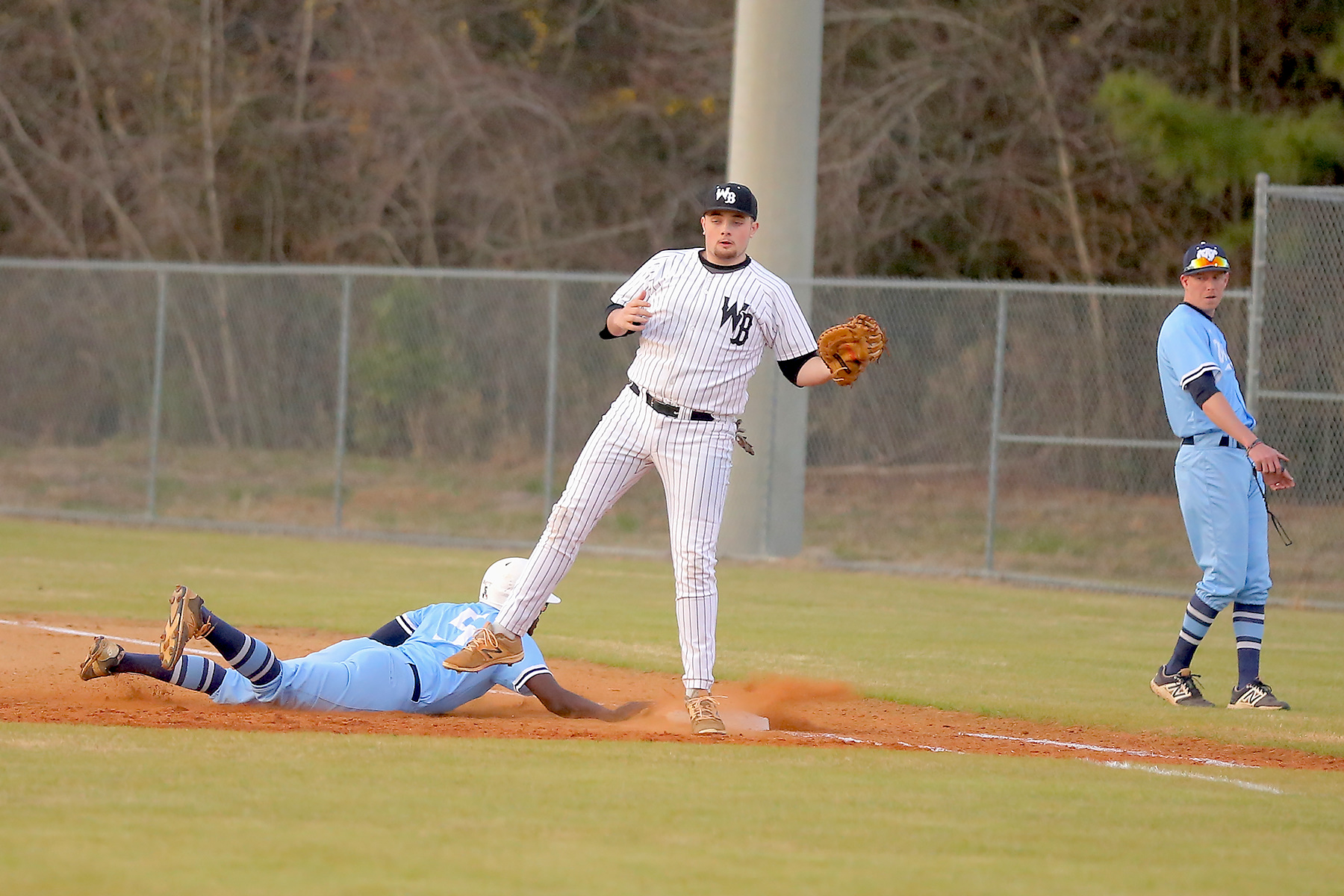 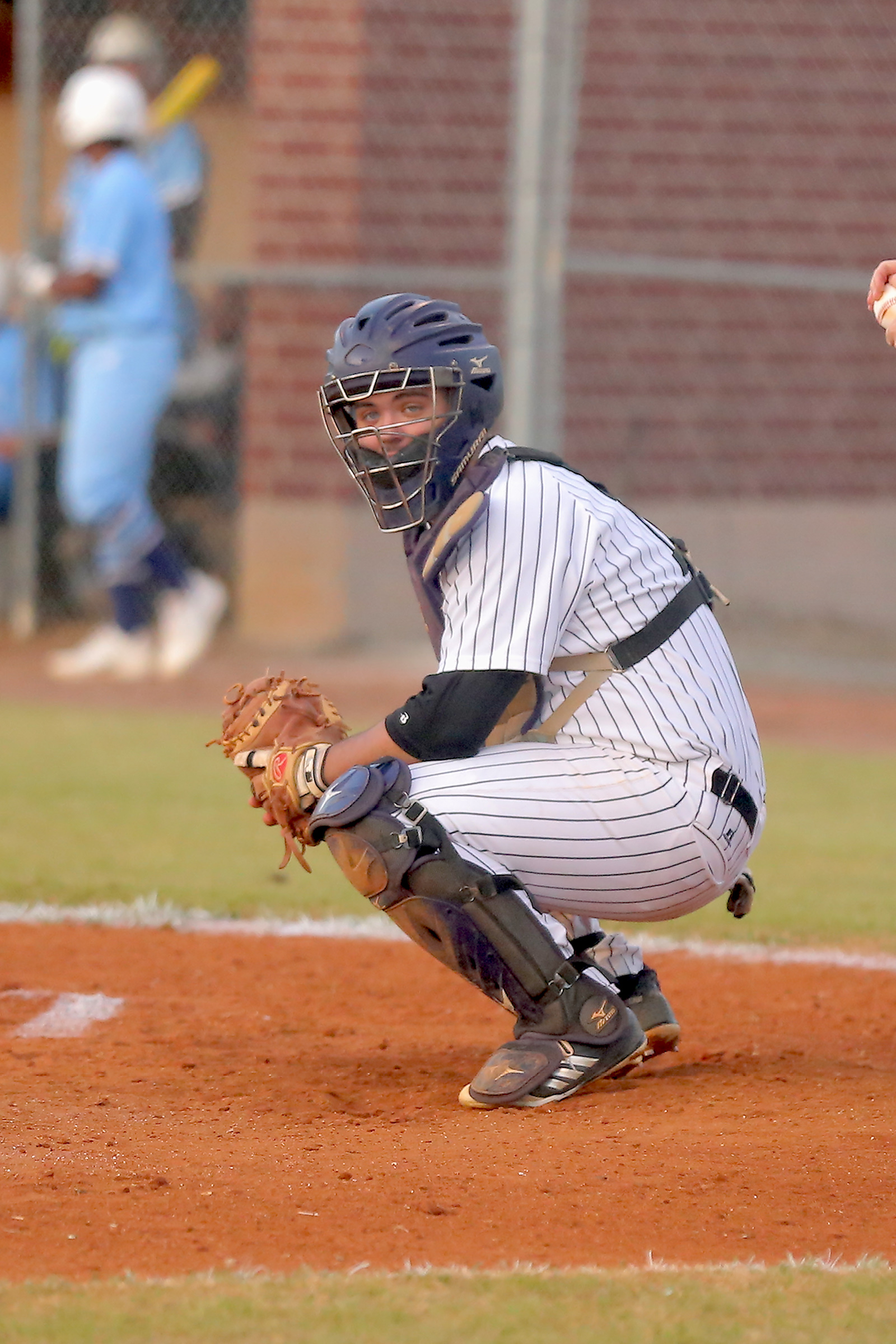 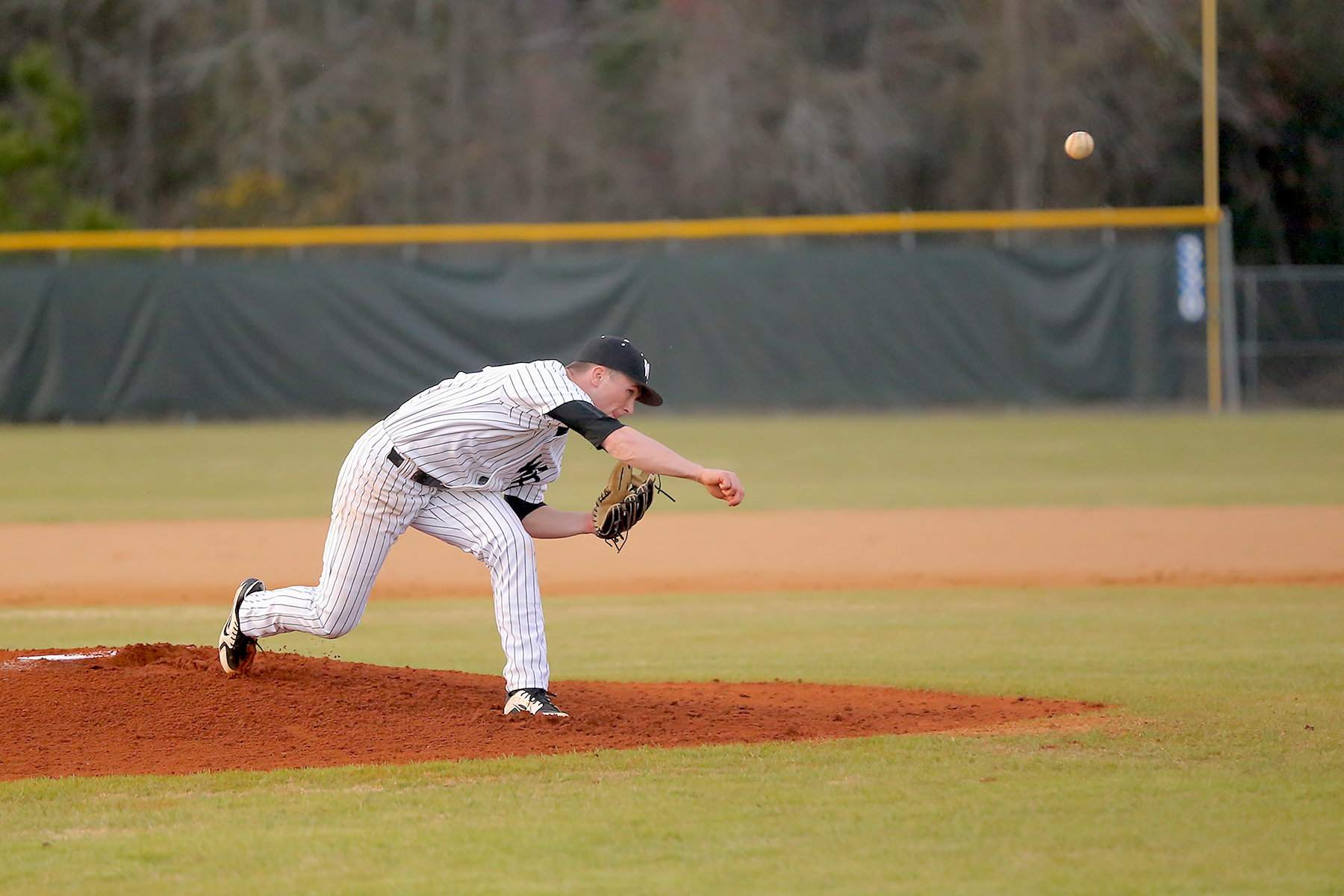 Shawn Tyson walked, stole second and came around to score a Viking first inning run on a pair of fielder’s choices.

An error began the Viking second inning. Two walks, a wild pitch and a balk produced 2 runs and a 3-0 lead. Four consecutive 2-out Viking hits in the third inning padded the lead to 6-0. Jagger Haynes’ 2-run double capped the inning.

The Knights loaded the bases with two out in the third on walks to seniors Trey Storms and Scott Bowen and sophmore Logan West reached base on an error. However a strike-out ended the threat.

In the West Bladen fourth, junior Dalton Pait beat out an infield hit, and senior Kaleb Heup smacked a single to centerfield. Sophmore Nolan Bryant lined a single to leftfield that drove in Pait and trimmed the margin to 6-1.

Viking pitcher Cody Benton drove in a fifth inning run with a single. Three walks and a wild pitch added the final run in the seventh.

Bowen batted 2-3 with a double to lead the Knight hitters. Pait, Heup and Bryant connected for one hit each with Pait scoring a run and Bryant driving in a run.

Bowen pitched 4-plus innings for the Knights and allowed 7 runs – 5 earned – on 4 hits and 4 walks while striking out four. Junior Derrick Long worked the final 3 innings and gave up a run on 2 hits, 3 walks and 2 hit batsmen while striking out one.

Haynes batted 2-3 with the double and 2 rbi’s to lead the Vikings, and Cody Benton batted 2-4. Cody Benton pitched the first four innings to pick up the win striking out 8 and allowing a run on 2 walks and 3 hits. Haynes pitched the final 3 innings and struck out four.