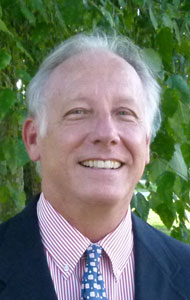 Bladen Community College President Dr. William Findt agrees with the idea proposed by President Barack Obama that students have two years of education beyond high school.  Findt says it is now
virtually a requirement that those entering the workforce have a credential indicating they have the skills necessary for today’s workforce.

The plan proposed in Obama’s State of the Union address would enable a student to complete a degree or other educational credential at one of the nation’s community colleges without paying any tuition provided the student maintains a 2.5 grade point average and completes the program within three years. Findt points out that the proposal would have less impact on Bladen Community College than it might at many other community colleges because 78 percent of the college’s students receive Pell grant tuition assistance.  In addition, tuition in North Carolina’s community colleges is among the lowest in the nation. He points out that though the proposal may initially lead to increased enrollment at many of the nation’s community colleges, it may not achieve a stated goal of increasing the overall education level of the American workforce. Findt says that though he is pleased with the interest in community colleges the
proposal has generated, he is concerned that the proposal may not place adequate emphasis on other
critical success factors such as improving graduation rates.

“I certainly agree with the president’s efforts to support community colleges,” said Findt.  “However, the
proposal raises some interesting questions about issues that could possibly undermine the primary goal of the initiative—to build a viable, sustainable and educated workforce.

“In an editorial column published in the New York Times on the date of the State of the Union Address,
columnist David Brooks questions whether the proposal places emphasis in areas that directly impact
student success and retention rates.  Though he agrees with making community college education more
accessible to American students, he suggests a focus on providing living expenses that would cover such
things as course materials, child care, and transportation—issues often associated student drop-out rates,” said Findt.  “He also believes that the method of teaching students who need remedial education should be improved.

“Brooks points out that the proposal would have little impact on many low-income students, who already receive Pell Grant assistance, but rather would primarily benefit the middle and upper class students who now pay tuition,” said Findt.

Findt says he hopes the discussions on the issue will go forward and ultimately result in a plan that not
only increases the number of students who enter college after graduation, but also results in higher college graduation rates and an improved workforce.

“Colleges succeed when their students graduate and use the skills they have gained to build better lives
for themselves and their families,” he added.