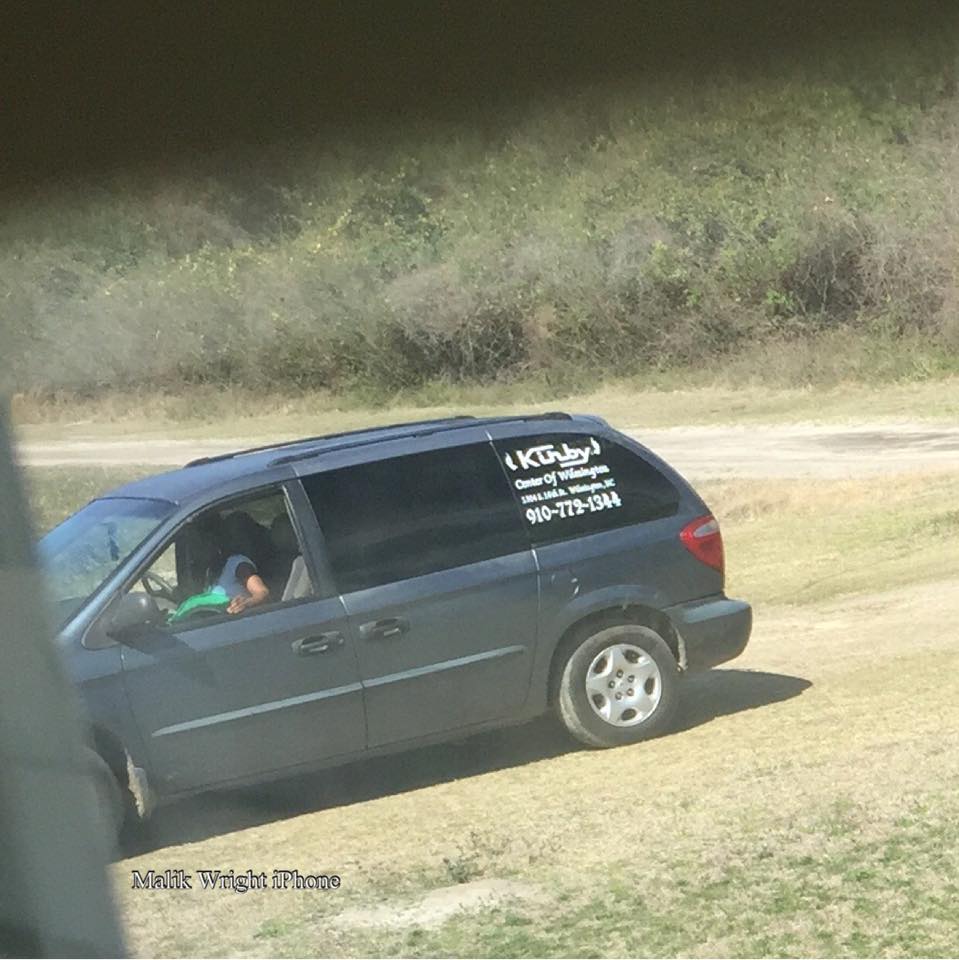 Be Aware! Kirby Van Is Not Trying to Sell Vacuums 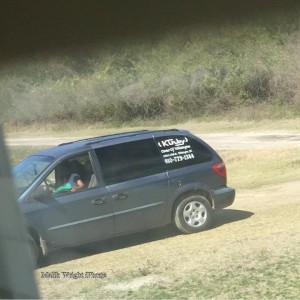 *A huge thank you to our Facebook Fan, Malik Wright, for providing a photo of the van.

Charlotte Smith said, “There was a man standing outside looking in my house at all I had in my home. I went out to see what he wanted and he handed me a sales post card about vacuums. It was almost 9 o’ clock at night. I told the man to leave and then followed him out.”

When she followed the man outside, there were four or five other people in the van with him. There was a female driving and the rest were male. The van was hunter green/ blue with Kirby and 772-1344 written in white vinyl letters on the side back window. The last three digits of their license plate was CHY.

When reported to the law enforcement, the officer verified that reports of this nature have been reported recently. The officer said they are working with local government leaders to change our ordinances, so that law enforcement will have the authority to give out citations to these folks.

When we called the number listed on the van tonight, Tuesday, March 17th, the call went to a generic computerized voice mail message that said, “Leave a message after the tone.” We had unverified reports last week about this happening in our area. When we called Kirby last week, they said there were no authorized Kirby dealers in our area. We have reached out to Kirby again about these events and are waiting for a response. If someone shows up on your door step fitting this description, call 911 immediately.

Last week when we contacted the Kirby Corporate office at,1-800-494-8586, they stated Kirby did not have a dealer in Bladen County, NC. The Wilmington Kirby Dealer located at 1304 South 16th Street in Wilmington, has the same number as the number, 772-1344, that was listed on the van located in the Bladen County neighborhood last night.

Smith’s neighbor called after this article was published last night and reported the Kirby van came to her residence last night at around 9:20 pm. Someone did come to her door and knock, but she did not answer. We would like to see something done about the group that came to Bladen County homes last night. We did get the rest of the van’s license’s plate, which is CHY-7468.

A law enforcement officer also confirmed there were at least two calls that came in last night, Tuesday, March 17th about the same people driving the Kirby van knocking on doors in the same vicinity as the Smith’s residence in Bladen County. However, the people in the van changed their story, stating their vehicle was stuck. By the time emergency officials had time to respond the vehicle was gone. The patrolman said, “They probably were knocking on doors to see if anyone was home. If no one would have been home, they probably would have broken in.”

We called the number listed on the van, 772-1344, again this morning. A female answered the phone this time, identifying herself as a Kirby dealer.  The representative did not want to make an official comment. The female on the phone verified, she did have a Kirby dealer making calls in Bladen County, however, they were not allowed to knock on anyone’s door after 9 ‘o clock at night. She said if people driving a Kirby van came to anyone’s home after 9 pm at night, the representatives were not affiliated with her office.

We reached out to the Kirby Corporate office again this morning, the corporate representative said they would send us a press release. As soon as we receive an official reply from the Kirby representative, we will publish it to our site.

We received the following press release from the corporate office of The Kirby Company at 1920 West 114th Street
Cleveland, Ohio 44102.

The Kirby Company manufactures its cleaning systems and markets them to independently owned and operated businesses or “distributorships.” These distributorships, through their salespeople or “dealers,” then sell the cleaning systems to consumer end-users via in-home demonstrations. Although the relationship between the Company and the distributorships is that of vendor/vendee, the Company requires its distributors and their dealers to operate legally and ethically. Distributors and their dealers must adhere to all federal, state, and local laws, including any ordinances regulating the permitted hours for home solicitation.

If a citizen in the Bladen County has any concerns regarding an independent distributor and/or his/her dealers, please have that individual contact the Company’s Consumer Relations Department at 800-494-8586, Monday – Friday, 8:00 am to 5:00 pm, EST.

The Company understands that door-to-door sales may not be as common as they once were. However, the Company has been selling its home cleaning systems through direct sales for one-hundred years. Last year marked the Company’s centennial celebration, and we are proud to still offer prospective buyers the unique opportunity to use our products in their own homes before deciding on whether the products are right for them. Customer satisfaction is of the utmost importance to us.

BladenOnline.com would like to encourage anyone that has concerns about the team of people going around Bladen County representing themselves as Kirby sales people to first contact local law enforcement as soon as possible, and then file a report with The Kirby Company’s corporate office at 800-494-8586.

If you would like to see an ordinance change in Bladen County, so that law enforcement may issue citations to people that come door-to-door after a certain time, or in a group of more than two people, contact Bladen County Manager, Greg Martin, at gmartin@bladenco.org and Sheriff Jim McVicker, at sheriff@bladenco.org.