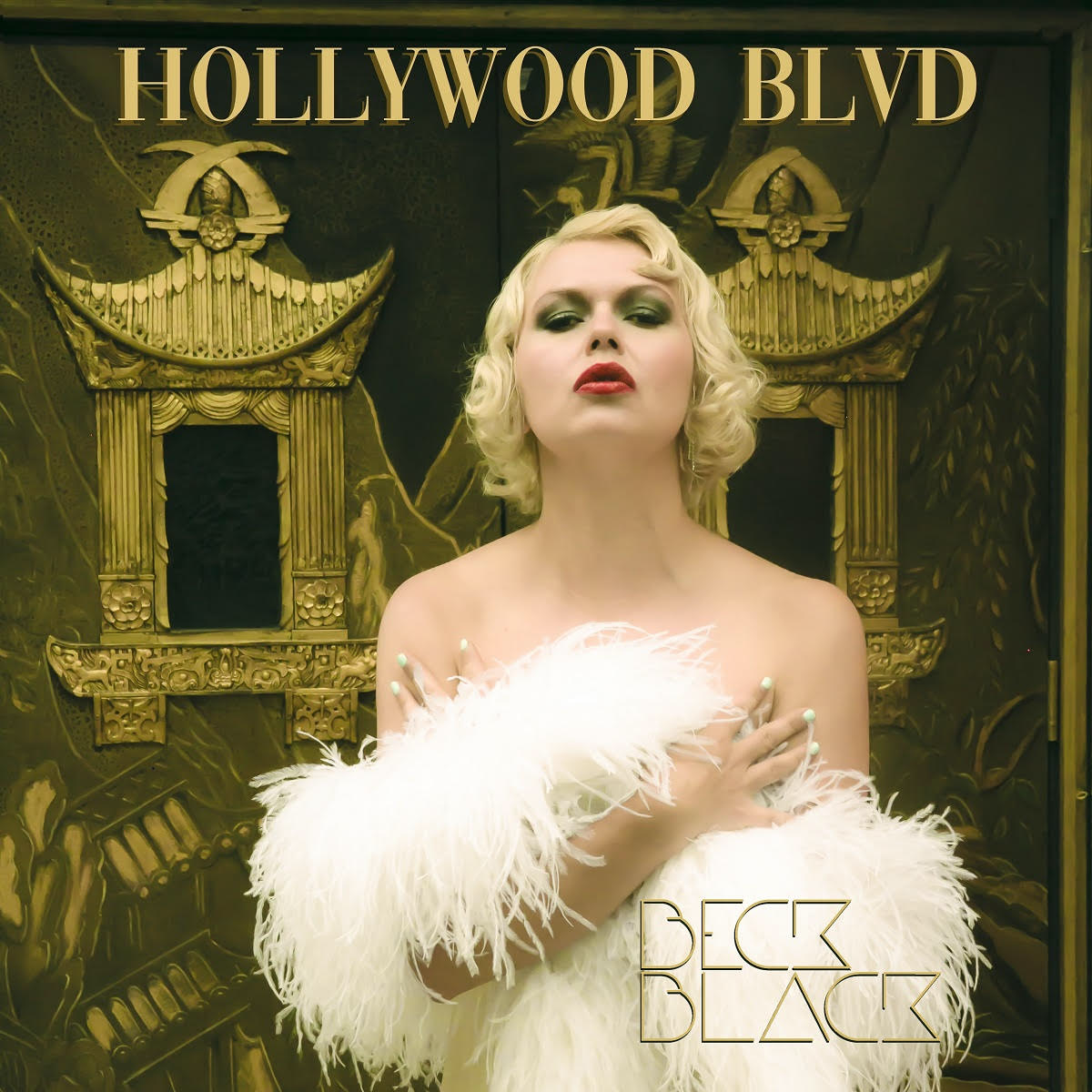 Hollywood Blvd is Black’s first full album. She stated, “Writing and recording an album is a lengthy process. It literally didn’t happen overnight; It took several years. As a “Do it Yourself” artist, we had to work hard to raise the funds by playing shows.” Thankfully, her hard work has paid off.

“Beck Black” is both a brand and a band, according to Beck Black herself. She added, “As a trio, I play both bass guitar and bass on two keyboards to create a wall of sound. The guitarist, Mo Matatquin, plays both rhythm and lead on guitar for live shows. Adam Alt, the drummer, ubiquitously rides the tempo and creates flourishing atmospheric beats with rather intricate drum fills.”

It is easy to see that her music is art, and she is the artist. She is knowledgeable and describes her work with passion. Her dedication is apparent.

When asked how she hopes this album will affect her career, she said, “I hope this album reaches the attention of major labels for distribution. My dream is to press the album to vinyl, which can cost upwards to $3,000, between pressing and printing. The industry is now a numbers game, so social media is everything. I’m an indie artist with unique music. I’m not quite sure if the songs are considered ‘mainstream’ enough to take notice, but my hope is that I will catch the attention of the viewers reading this article and listeners all over the world streaming the songs via the digital platforms.”

Black also told us about feedback she has received, and radio play. Over the weekend, the album “Hollywood Blvd” was played on FM radio stations from Boston to Kansas City, and from the United Kingdom to Croatia. Additionally, a few stations on iHeart radio have been playing her songs regularly. Black said, “My favorite radio DJ, Rodney Bingenheimer (who discovered David Bowie, the Ramones, the Go Go’s, and Blondie), exclusively aired three of my singles via Sirius XM CH. 21 prior to the release of the album “Hollywood Blvd.” Locally, here in the southeast, Ocracoke Island’s FM Radio station, WOVV, will air me for the fourth consecutive week in a row today! Thus far, I am all over the radio!”

Currently, Black does not have any shows planned. She hopes to tour Europe and Japan in 2022 and New York City at some point, too. She added, “I will always return to my beloved city of Los Angeles. We just played two sold-out shows in Hollywood to support the release of the title track “Hollywood Blvd” back in June and July.”

Wondering what the album is all about? Here is how Beck Black, the artist behind the music, describes her album:

Written and Produced by: Beck Black

by: Justin Gariano at TreeHaus Recording

Recorded and Mixed at

Life’s a Circus, the music video, premiered on WECT on a Friday. View here:

Here is the album “Hollywood Blvd” by Beck Black