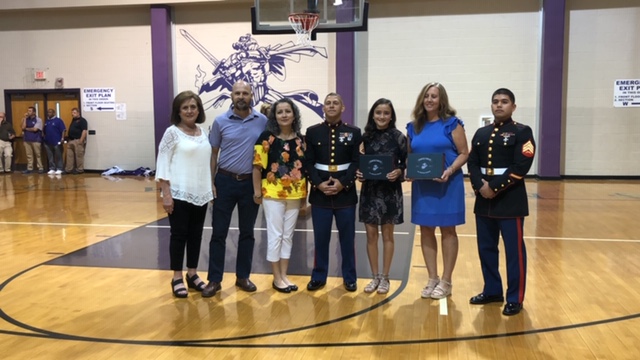 West Bladen High School showcased their school spirit on Monday, May 6 for fellow classmate, Alyssa Bell. The band played, the cheerleaders danced while students were ushered in for the Semper Fidelis All-American Program award presentation.

As students were seated, Principal Peggy Hester said, “There is no better reason to be out of class than to celebrate the accomplishments of one of our very own students.”

Hester told the those in attendance about the quality of Alyssa’s charter, “When I think about what it means to be a Knight, she embodies those characteristics.” 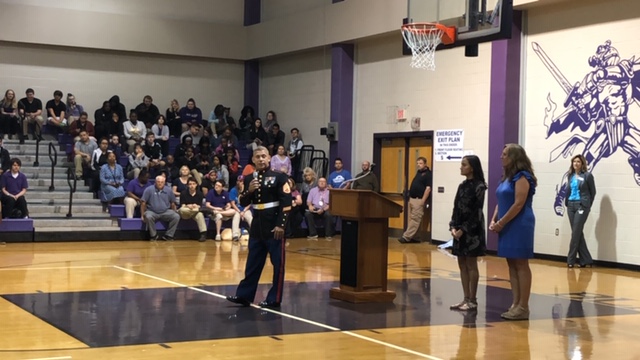 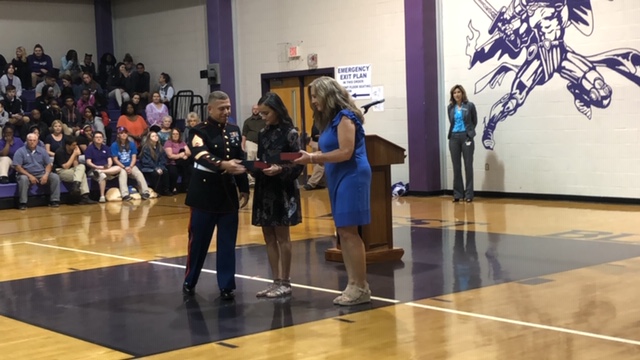 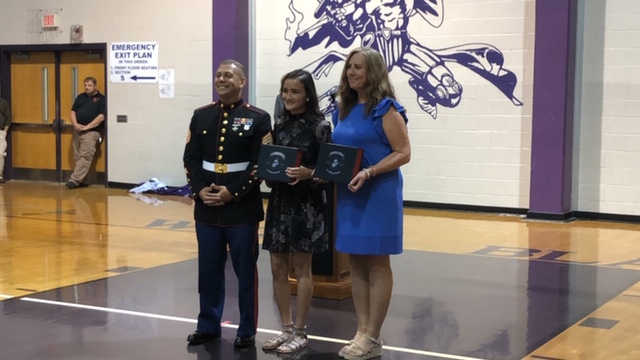 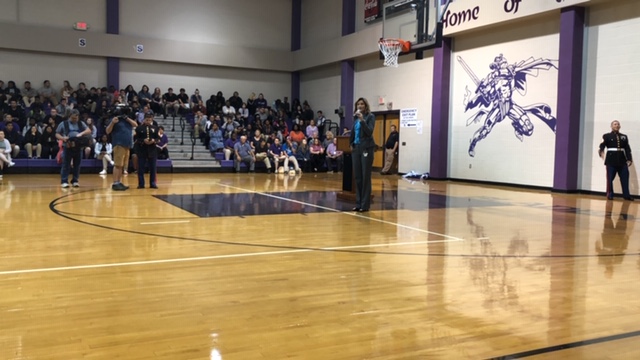 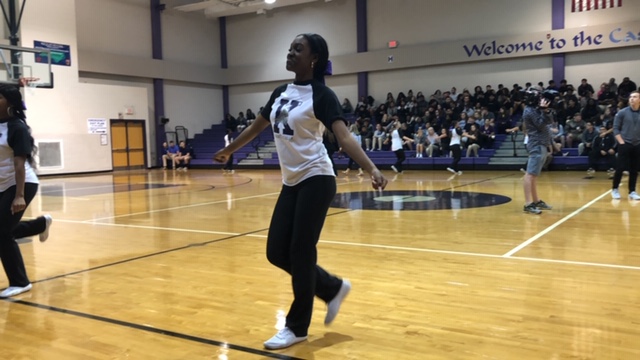 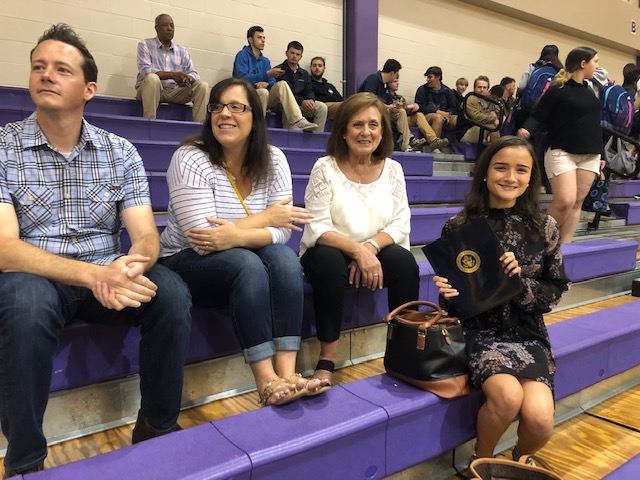 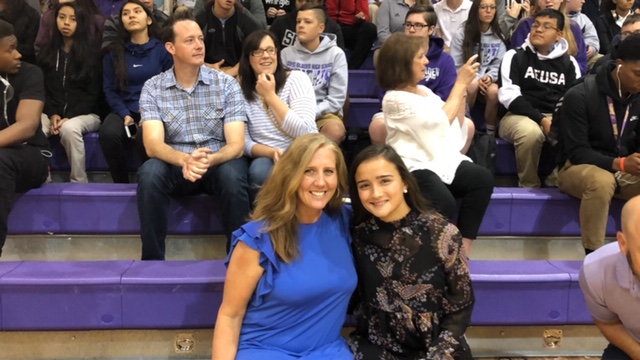 Hester said, “She is resilient, committed, dedicated, kind hearted, and loving. We are here today to celebrate her.”

A film crew from Chicago followed the family and school officials around on Monday for video interviews.

Mr. and Mrs. Scott and Mary Bell, Alyssa’s parents stated, “It is an absolute honor to be selected as a Sempre Fidelis All American Student Athlete!”

Only two students per state may be selected into the program each year. Total there were 98 high school students across the county selected as Semper Fidelis All-Americans this year. Alyssa was one of only 12 award winners the program officials chose to spotlight.

Officials with the program state, “Life is a battle. It takes an uncompromising will to achieve, an unwavering commitment to win and a relentless determination to improve the lives of others.”

They added, “Marines recognize that every battle won is a marker for future success. The United States Marine Corps is proud to bestow this most prestigious award of recognition upon students deemed worthy of the title Semper Fidelis All-American.”

When asked who Alyssa’s mentor was, she stated is was Mrs. Tammy Hatchell. Mrs. Hatchell is a family friend, a youth leader at Dublin First Baptist Church, a fourth grade teacher at Elizabethtown Primary and the mother of a Marine.

Both Alyssa and Mrs. Hatchell will have all their expenses paid for a once and a life time trip to Washington, D. C in July this year..

As a Semper Fidelis All-American winner and a Mentor the two will attend the exclusive Battles Won Academy, a multiday celebration of the American Spirit, recognizing the achievements of those who commit themselves to fighting battles worth winning in today’s society.

Published in Education and Lifestyles