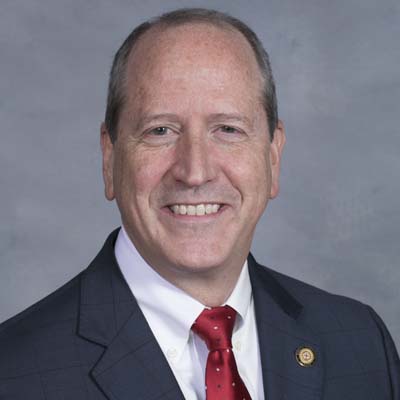 Republican Dan Bishop narrowly defeated Democrat Dan McCready on Tuesday night in the race to represent the 9th Congressional District in the U.S. House of Representatives, according to unofficial returns.

In Bladen County, it was a convincing win for Bishop (pictured, above) based on a turnout of 37.1% of registered voters. Bladen County had the second highest percentage of voters cast ballots in the eight-county district.

Bishop won nearly 60 peercent of the votes in Bladen County. The Charlotte lawyer and state Senator had 3,494 of Bladen County’s 5,890 votes cast in the special election, based on unofficial returns. McCready, a retired Marine and Charlotte-based businessman, had 2,363 votes, according to the Bladen County Board of Elections.

It was a much tighter race in a district that includes a portion of Bladen County as well as all or parts of seven other counties in southeastern North Carolina between Bladen and Charlotte.

“Congratulations to Greg Murphy and Dan Bishop on their victories in (Tuesday’s) special elections,” Republican National Committee spokesman Kevin Knoth said in a prepared statement. “President Donald Trump’s strong leadership, record-breaking economy and his vision for the country is clearly resonating with North Carolina voters while the socialist, open border policies espoused by Democrats was soundly rejected (Tuesday) and they will be again in 2020.”

“Republicans spent millions and trotted out the President, the Vice President, and every national Republican to barely save a race that should have never been a toss-up in the first place,” said North Carolina Democratic Party chairman Wayne Goodwin in a prepared statement. “Dan McCready ran a strong campaign centered around hard work, integrity, and pocket-book issues and was able to close the gap in a district gerrymandered to elect a Republican.

“His decision to fight for the very voters Republicans silenced through their brazen, coordinated election fraud is an example for all North Carolinians and his efforts in a district President Trump carried by 12 points is proof that Democrats are poised to make gains in 2020.”

Along with the convincing win in Bladen County, Bishop also won easily in Union with 60% of the vote, based on unofficial returns, and had slim victories in Cumberland and Richmond counties. McCready won Mecklenburg, Scotland and Anson counties with 56% and narrowly won in Robeson County.

The 9th District special election was called after the State Board of Elections in February unanimously ordered a new election after a four-day evidentiary hearing showed a “coordinated, unlawful and substantially resourced absentee ballot scheme” operated in Bladen and Robeson counties during the 2018 general election. Republican Mark Harris had defeated McCready by about 900 votes in November.

The 9th District has been without a representative in Congress for almost a year.

Bishop will serve the remainder of the two-year term. The seat will be on the ballot in the November 2020 election.

It’s been almost a year since a portion of Bladen County has had representation in the U.S. House of Representatives.

The special election for the 9th Congressional District seat is Tuesday. Twelve precincts in Bladen County will be open until 7:30 p.m. Voters in line at 7:30 p.m. will be able to cast a ballot.