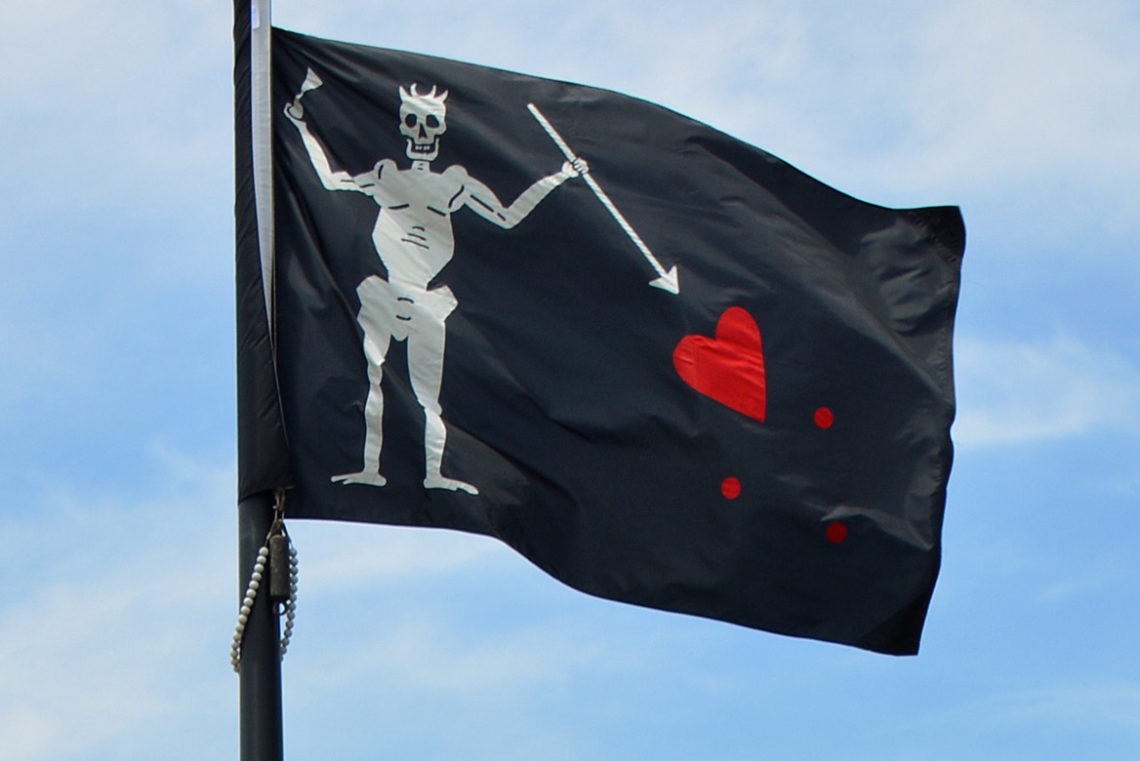 Those taking a ferry this summer at the Outer Banks will do so under the black flag of North Carolina’s most infamous pirate, Blackbeard.

In partnership with the N.C. Department of Natural and Cultural Resources, the flag will fly on ferries serving the Hatteras-Ocracoke, Cedar Island-Ocracoke, and Swan Quarter-Ocracoke ferry routes. The Pamlico River route between Bayview and Aurora will also hoist the flag, as both areas have historic ties to the 18th century pirates.

The flags are part of a series of events taking place in observance of the 300th anniversary of Blackbeard’s death in 1718.

Published in Lifestyles, News and Regionals