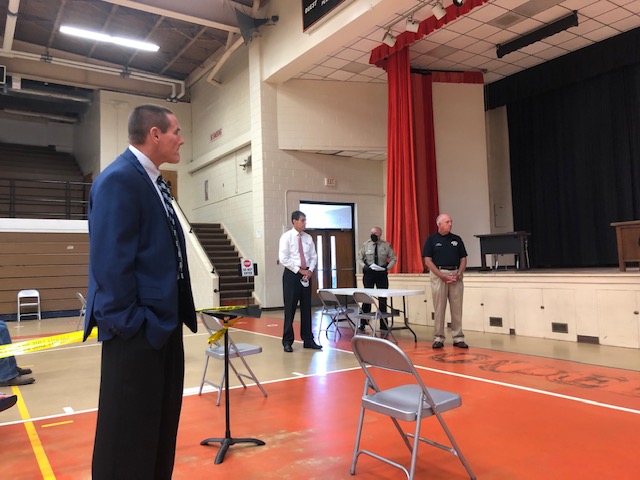 Court proceedings are being held as never before during the COVID-19 Pandemic. The first satellite district court with the Honorable Judge Scott Ussery presiding was conducted in the Samuel C. Boger Gymnasium at the Elizabethtown Middle School on Monday. 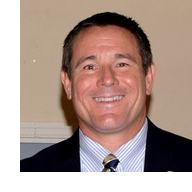 In March and April, the Honorable North Carolina Governor Roy Cooper, along with Honorable NC Chief Justice Cheri Beasley gave orders for emergency directions for all court systems. Since then, Judge Sasser and other court and county Officials have worked toward holding court hearings in safe ways for social distancing purposes. 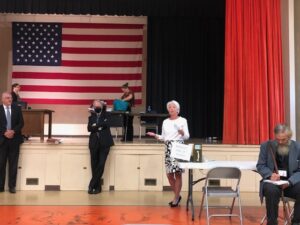 Bladen County Clerk of Superior Court Niki Dennis explained the issues in complying with social distance guidelines at the local courthouse. People have to wait in the hallways and outside. Also, at times there is not enough room for everyone who needs to appear for the court proceedings.

Judge Sasser responded to the guideline issues. He said, “As COVID-19 came along, we started looking at court sessions, and it’s been a real change. As time has passed we are trying to get the courts back to normal as much as possible, but the new normal, with social distancing as much as possible. Here in Bladen County, the largest courtroom, you can have 200 people, but now has a limit of 46 with social distancing.” 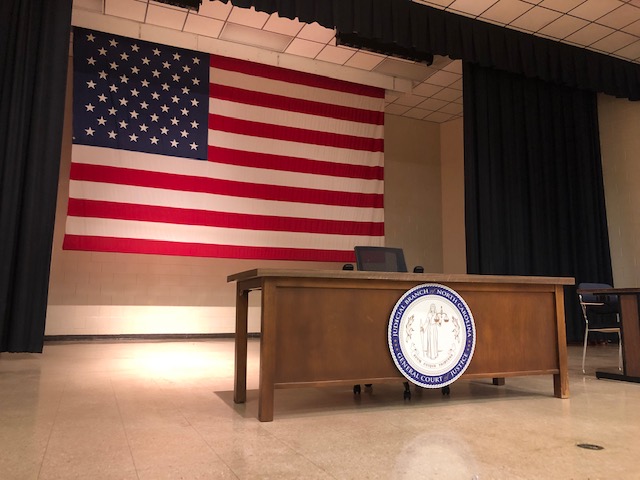 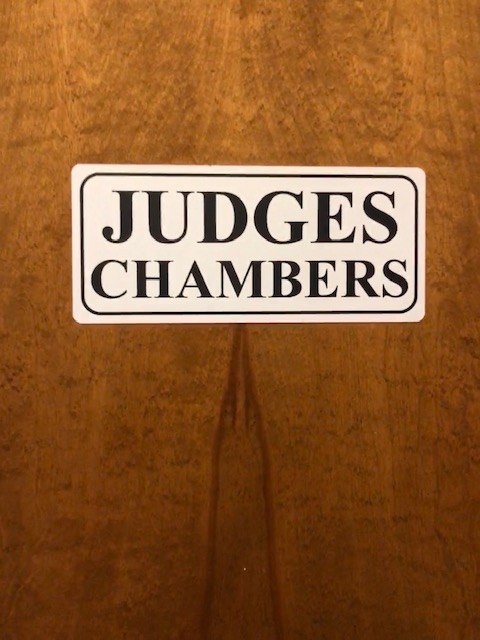 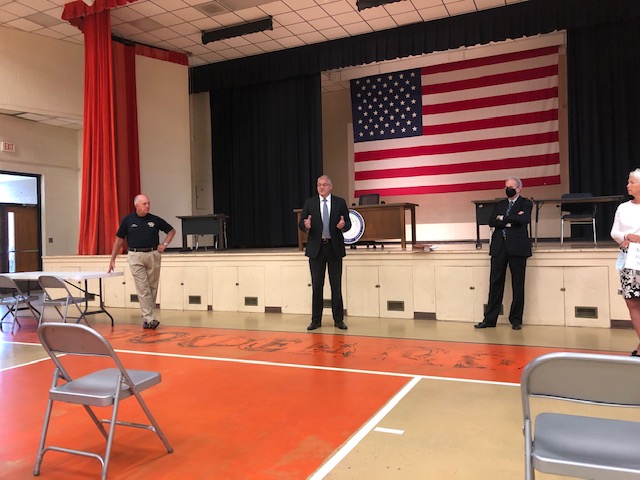 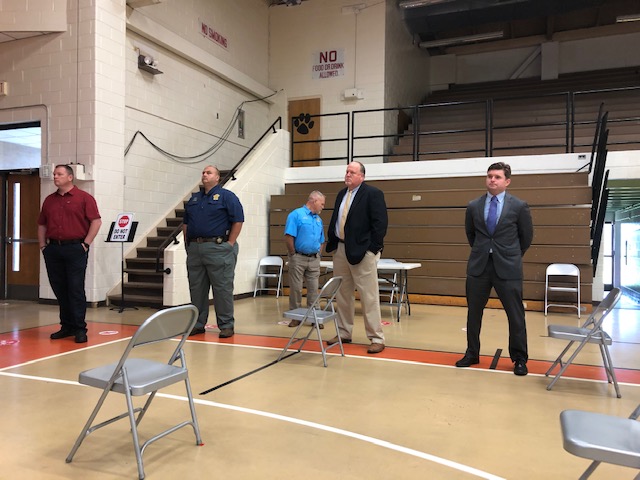 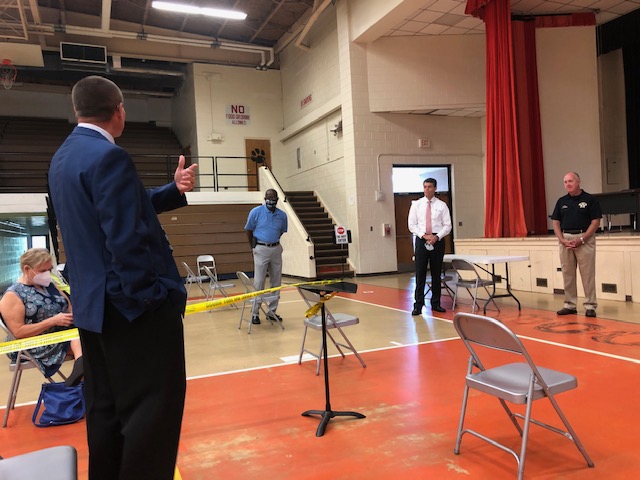 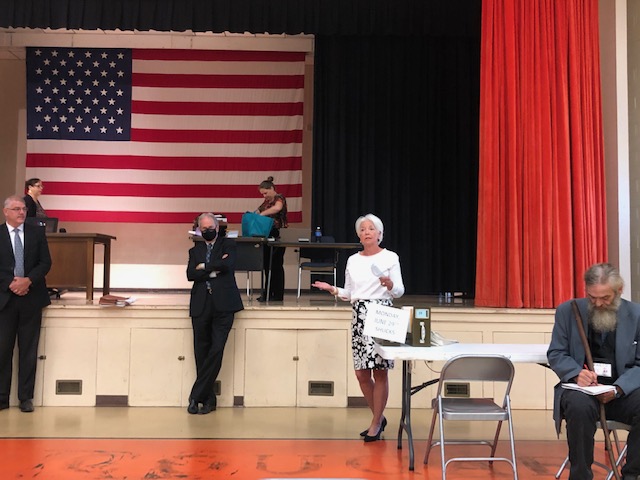 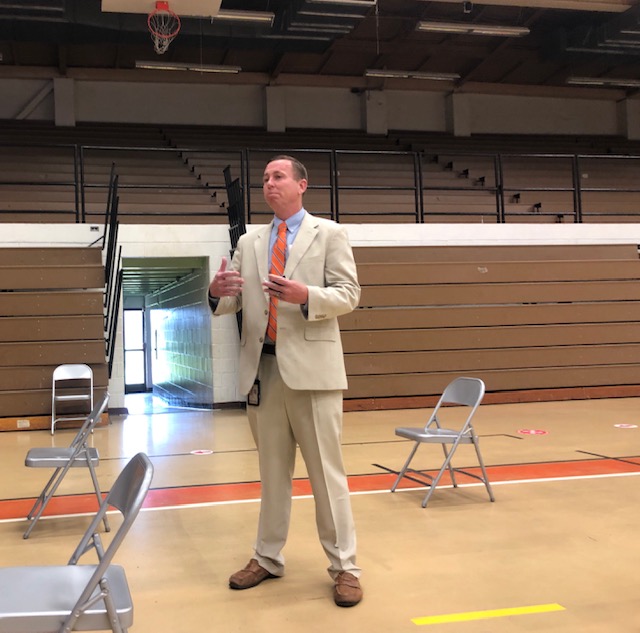 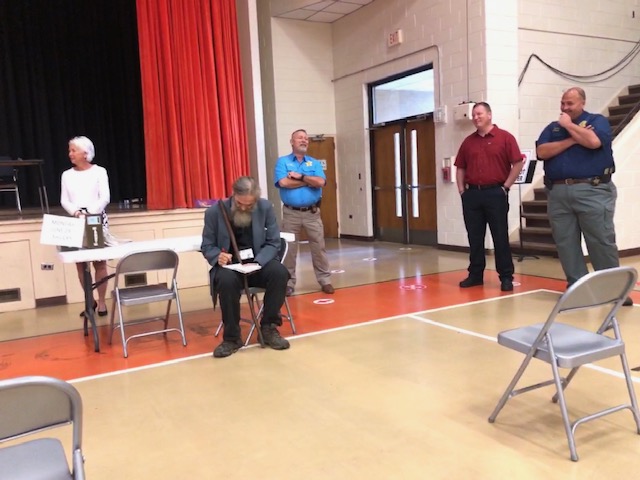 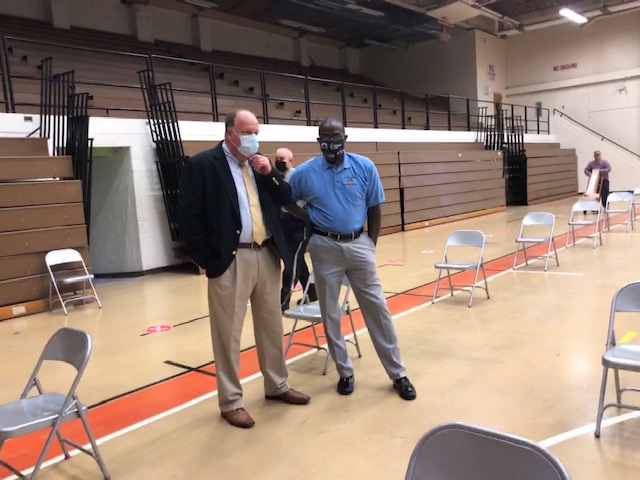 Bladen County Sheriff, Jim McVicker and Columbus County Sheriff Jody Greene have the task of securing the school sites. Sheriff McVicker stated, “As far as security, we feel good about it.”

Judge Sasser said, “The Sheriffs have done a whole lot of work. We appreciate you folks.”

Clerk Dennis said, “It takes all of us. I’m really proud of all the work.” She thanked everyone in attendance. Columbus County Clerk of Superior Court Jess Hill stated, “We have to find ways to do our jobs as we work with the directives. I appreciate all the School Systems assistance.” 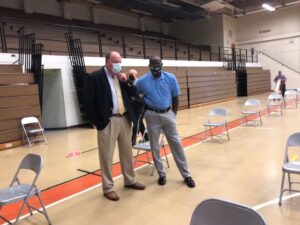 Dr. Taylor, Bladen County Schools Superintendent, stated, “I’m glad we could provide the school building. Please let us know if there is anything we can do to accommodate you all.”

Dr. Williams, Assistant Superintendent with Columbus County Schools, said, “I’m amazed at the creativity and the imagination with implementing the planning. It’s great to be a part of it.”

Judge Sasser stated it is still unclear if it will be safe to hold jury trials on-site at the courthouse in Whiteville. He continued, “The discussions to hold them at the middle school would be much more efficient and cost-effective for the county than the possibility of having to rent something, so I am hoping that comes to fruition. If that does happen, I have already received approval.”

Bladen and Columbus County Bar representatives were present at the meeting. President of the Bar District 15, Boyd T. Worley, stated, “This is a show of support for our judges and legal system and will help the process and help preserve individual rights and protect freedom.”

Bladen County Attorney, Goldston Womble said, “We are often adversarial in the courtroom, but this is something we can come together on.” 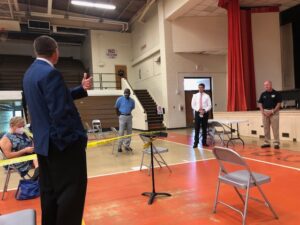 Judge Sasser announced he expects the restrictions to last until 2021, planning of the satellite locations in both Bladen and Columbus counties is necessary. “Everyone has a right to their day in court,” he stated. The plans to use the courthouses along with the Schools facilities will allow for court proceedings while protecting the safety of all citizens.

There will still be court held at the courthouses, such as superior court hearings. The advantages of holding court hearings at the middle schools are to process larger court calendars.

Judge Ussery addressed the number of court cases pending. Currently, there are more than 1,000 cases on the next traffic court calendar. Monday’s court calendar had 136 cases scheduled to be heard at the middle school satellite location, which did not include the court proceedings held at the courthouse in Bladen County.

Some of the positive notes about holding the court hearings in the gymnasium are there are bleachers for extra seating, extra space for people to keep out of the rain, and attorneys may meet with their clients at the locations. Deputies, attorneys, and signs inform citizens with court hearings where their case will be heard if they do not receive a written notice, according to Judge Sasser.

Judge Ussery acknowledged all the hard work from the Clerk’s office. He said, “All I have to do is show up; they have the hard work.” He added, “We appreciate everything the county governments and schools in both counties have done. Everyone has to work together to make it come together.”

The Sheriff’s Office has deputies stationed at the entry of the gymnasium, checking citizens in for court and ensuring everyone follows the safety guidelines. Clerk of Courts, Dennis said, “It’s going to take some work, but we can do it, and we are ready.”