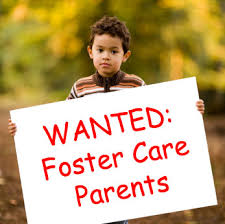 Whether it’s a result of substance abuse, unsafe or unhealthy living conditions, or sexual or physical abuse, there’s been an “explosion” in the number of children in Bladen County now in protective custody, says Department of Social Services Director Vickie Smith.

Smith told the Bladen County Board of Commissioners last week that 59 children, ranging in age from 6 months to 17 years, are in foster care. That’s more than four times as many as the 13 that were in the program in 2013. There were 44 children in the program in December.

What’s happening in Bladen County to cause such a large increase? It seems to be the usual culprits, just more of it, along with Bladen County catching up with the rest of North Carolina, Smith said.

“At a recent executive meeting with the state, Wayne Black, our state DSS director, told us that for two years, the state has seen an increase of 8 to 9 percent in foster care,” Smith said in an interview Tuesday. “Here in Bladen County, the last two years, we had not seen that.

“We have found the cases we are working with in Child Protective Services, there is a lot of substance abuse by the parents, which would include alcohol, pills and other prescription drugs that the parents are not prescribed,” Smith said. “We are having babies that are being born that are testing positive for these drugs.

“There’s also been an increase in neglect such as dirty houses and lack of the basic needs. The mental health needs of the children or the adults are not being met. There’s been sexual abuse by the caretaker. There’s been some physical abuse.  Then, we have cases where the caretaker may have passed away or was incarcerated.”

The rapid rise in child protective cases has put a strain on resources and a greater need for foster care and therapeutic care homes in Bladen County, Smith said. There’s a shortage of mental health providers based in Bladen County, resulting in patients having to seek help in adjacent counties. The lack of enough homes here means children have to be sent to neighboring counties. There are only two social workers handling the 59 cases in Bladen County, although DSS has two interns who will be here through April and has received a recommendation for another social worker position. The state recommends 15 cases per worker.

“It’s about the needs of the children,” she said. “The placements that they are needing is coming at a higher rate. We’ve never seen this with the explosion of children coming into care needing placement, having more specialized needs.”

Bladen County funds child protective services and is reimbursed from the state based on the child’s case.

DSS offers classes for people interested in learning more about becoming a foster care or therapeutic care parent. Called MAPP for Modeled Approach to Partnerships in Parenting, the 30-hour class helps people decide if being a foster parent is right for them, Smith said. If the person is interested after taking the class, then the process begins to become certified by the state. Foster parents are compensated. DSS completed a class in November and is planning to offer another class in the spring, Smith said. If interested in the class, call 862-6800.

“Our first option when we’re working with families in filing a petition for custody, we always see if the family can name a relative placement,” Smith said. “However, relatives are not always appropriate. That’s when it comes in for placement to a foster home or therapeutic residential treatment facility.”

In the end, Smith says, it’s about helping the children who have been placed in protective custody.

“It’s something the social workers are dealing with everyday, and it does tug at your heart strings,” Smith said. “but you know that at the end of the day that we have done everything that we can do to assist that family. That’s essentially what the social workers are trying to do. To make the families in Bladen County that we work with to become stronger and be able to provide the needs for their children.”