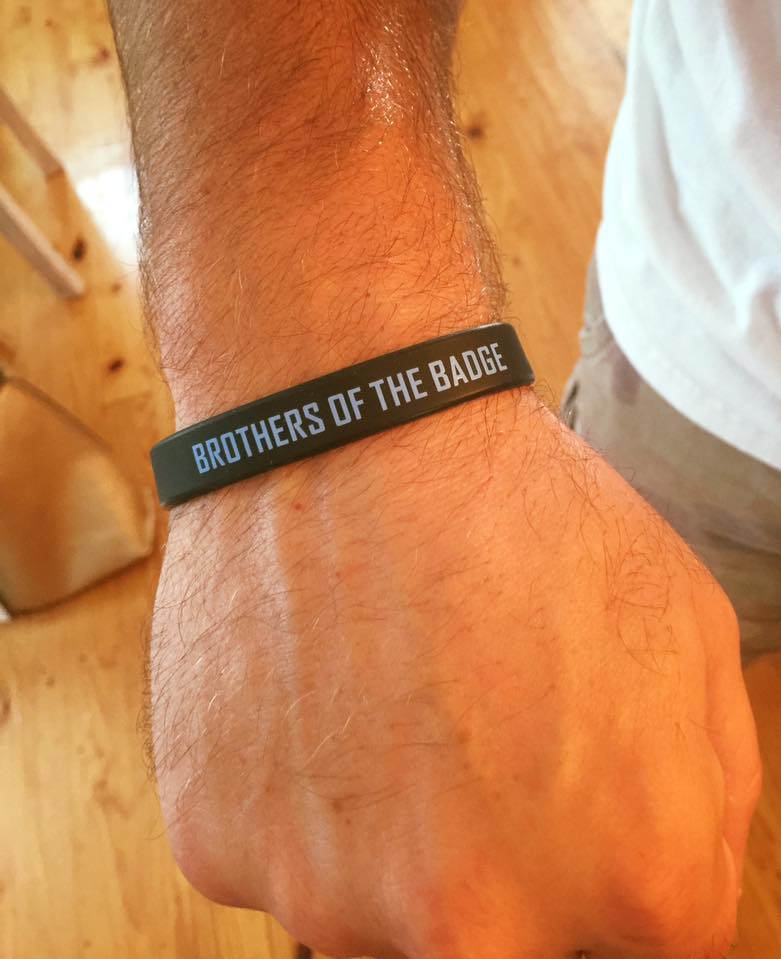 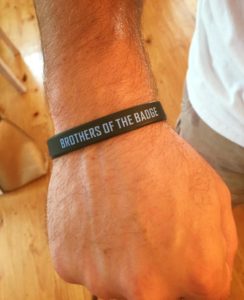 Some folks may have noticed some bracelets being worn around Bladen County and in other areas that are emblazoned with John 15:13 on one side and Brothers of the Badge on the other. These bracelets are being distributed to members fo law enforcement in Bladen and surrounding counties by the group Bladen Christian Outdoorsmen to show their support fo the men and women of law enforcement.

Jeff Gause, one of the members of Bladen Christian Outdoorsmen, said the idea really got started several months ago when it was discussed to hold some type of appreciation dinner for all the law enforcement officers. He said that as he was thinking about an appreciation dinner, he got the idea to have some bracelets made to give to them to show the group’s support.

Gause said he ordered his first set and they came in on Monday and he began to pass them out to Bladen County law enforcement officers on Tuesday. He said bracelets were distributed to Elizabethtown, Bladenboro and White Lake Police Departments, the North Carolina Highway Patrol and the Bladen County Sheriff’s Office.

Gause said people have asked him what the scripture John 15:13 means. He wrote on the Bladen Christian Outdoorsmen Facebook page, “My answer to them, John 15:13 is a scripture in the Bible, I don’t tell them what it says, because that is the ministry part of the bracelets. It will always have a question in their mind, til they actually open their Bible and read the scripture, thus reading GOD’S word.”

He said once he decided on the scripture, he settled on the saying “Brothers of the Badge,” because it ties everyone together. Gause said when you put on a uniform you’re like a firefighter or EMS worker. He said it becomes like a brotherhood or extended family of sorts.

Gause said he had no idea how big his idea would become. “My whole idea was to do this in Bladen County,” he said.

But as news spread on Facebook about he bracelets, the Bladen Christian Outdoorsmen Facebook page started receiving requests for more bracelets. Gauss said he spent Wednesday passing out bracelets in Robeson County and some have been delivered to Columbus County.

He said what started out as a token of appreciation for what the officers do each day, has grown exponentially. Gause said he has received messages from as far away as Gastonia placing orders for bracelets. He said the Brunswick County Sheriff’s Office has also placed an order.

Gause said the bracelets are free to any member of law enforcement and members fo the public are welcome to purchase the bracelets for a donation of $2 each.

“With my Daddy being a police officer and a former police chief at White Lake, I want them to know somebody appreciates what they do. It is a small token of support for all they are going through,” said Gause.