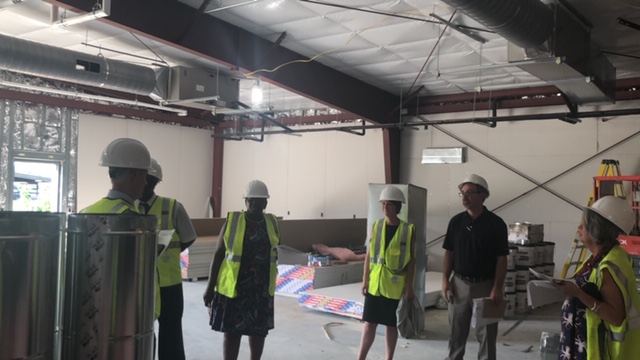 Bladen Community College President, Dr. Amanda Lee, invited the BCC Board of Trustee members, the college’s administrative faculty and media members to tour the two new facilities under construction on Tuesday of this week. Mrs. Joy Grady, Public Relations Officer of the college handed out facts and blueprints of the two buildings before the tour began. 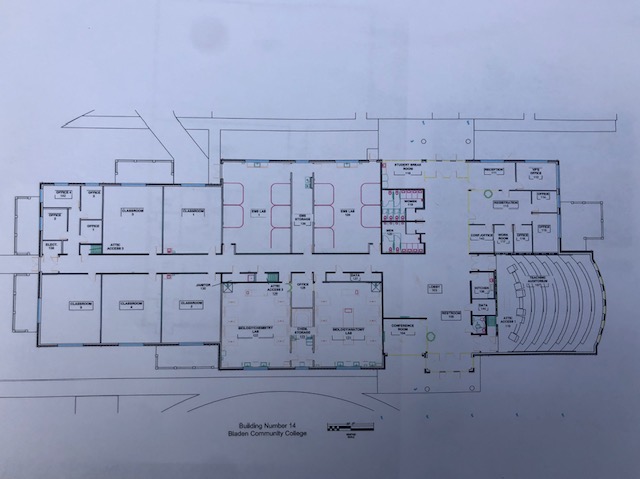 The first building toured was of the 19,967 square foot Workforce Development Building. The building will house the workforce development and continuing education programs. It features a 125 seat auditorium, a conference room, 2 EMS labs, 2 science labs and 5 classrooms as well as 6 faculty and staff offices.

The 6.5 million dollar new construction project was funded by the 2016 Connect NC Education bond. The ground breaking ceremony was held in August of 2018 and the construction was first scheduled to be completed in August of this year.

However, due to issues finding skilled tradesmen for the job, the competition date is now estimated to be in October of this year according to Stanford Cain, Construction Advisor with BCC. The Architect for the building is LS3P Associates and the Contractor is Graka Builders. 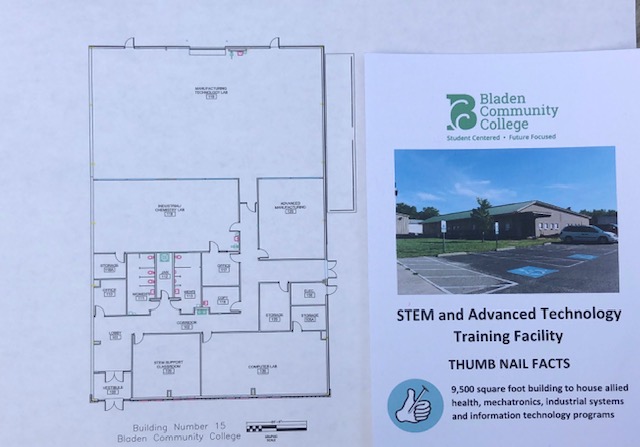 Next, the group was given a guided tour of the STEM and Advanced Technology Training Facility by Dave Carey, Architect with HH Architecture and representatives from CSI Construction Systems, Inc., were also on site to answer questions. The facility is 9,500 square foot and will house the allied health, mechatronics, industrial systems and information technology programs.

The features of the building are an industrial chemistry lab, an advanced manufacturing technology simulation bay, a computer lab, and classrooms as well as two faculty and staff offices.

The two million dollar new construction project is funded by USDA Federal Grant, Golden Leaf Foundation, the County of Bladen and other community support. Some equipment for the STEM facility has been funded by the Cannon Foundation and the Golden Leaf Foundation according to Mrs. Grady. The project is also scheduled to be completed around October of this year. The construction is a little behind schedule due to rain delaying the work according to Mr. Carey.

The college is accepting donations and naming opportunities for both new buildings. Re-purposed furniture have been secured from other community colleges for both facilities.

Both buildings are ADA compliant.

After the tours were completed Dr. Lee invited those on the tour for refreshments. Mrs. Melissa Hester made a homemade pound cake to help celebrate the new constructions.

After the tours the BCC Board of Trustees had a regular scheduled meeting however, there were not enough board members present for a quorum.  No official items were voted on during the meeting.

Published in Business and Local News