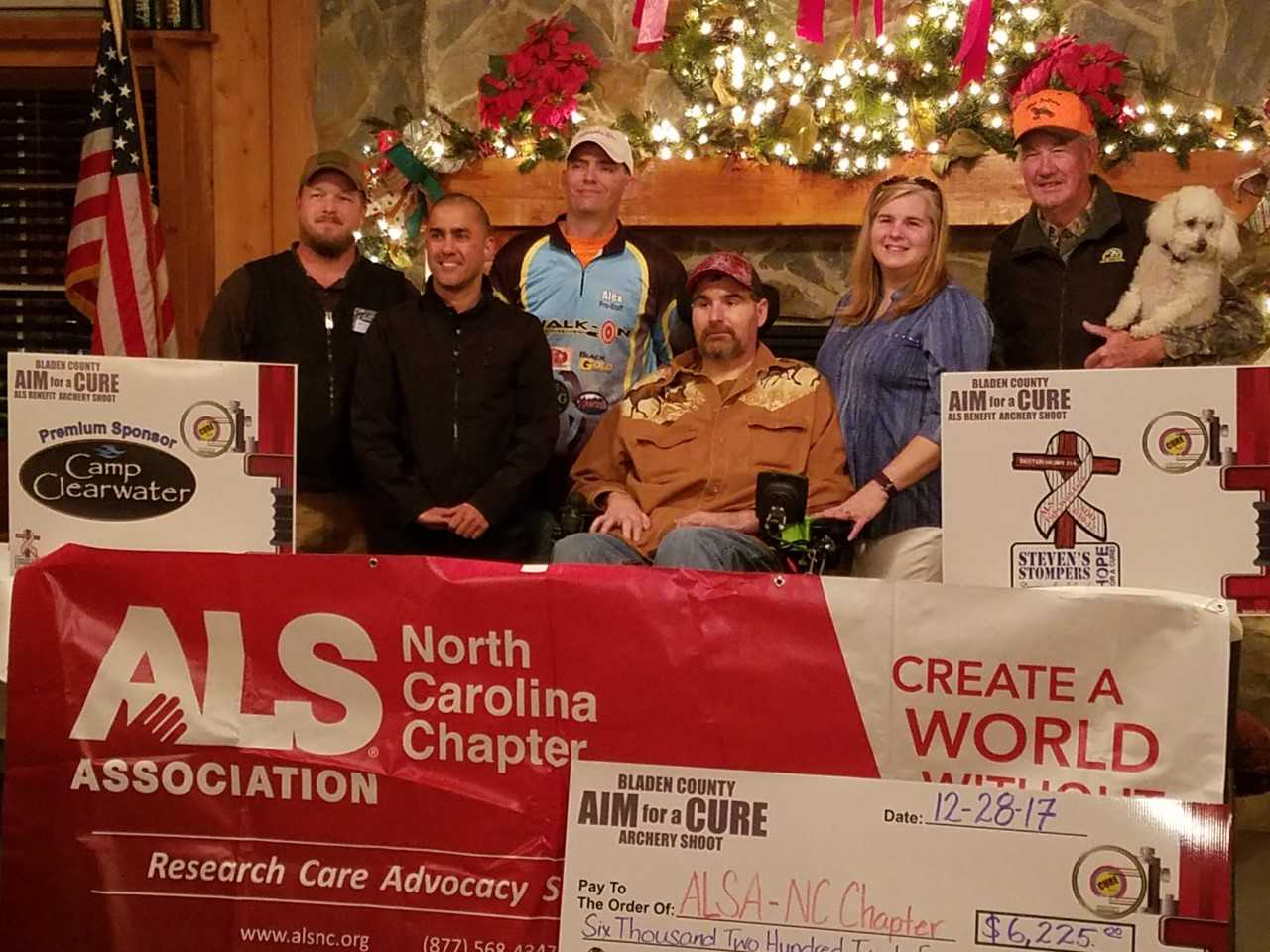 The third annual Bladen County Aim for a Cure with Steven’s Stompers event is planned for Saturday, June 29th. The event will be held at Allen Brothers Hunting Preserve. Proceeds from the event will benefit the ALS Association of North Carolina.

The Bladen County AIM for a Cure founders are Alex Daniel and Sandra Robbins. Ms. Robbins is also the founder for Steven’s Stompers, an ALS awareness and fundraising team, in honor her brother, Steven Davis. He was diagnosed with ALS on April 30, 2012.

A quick reference for the classes that will be at the Benefit Shoot may be found on their Facebook page. There will also be games, door prizes, raffles and more.

Bladen County families have been affected either directly or indirectly by ALS. The funds raised by this event go towards research to find a cure for ALS also known as Lou Gehrig’s Disease.  The disease causes the victim to have stiff muscles, muscle twitching and gradual worsening weakness. The victim may also have difficulty chewing, swallowing and eventually, breathing, according to Wikipedia. The disease is named for 1939 New York Yankees baseball player Lou Gehrig and was also the diagnosis for Stephen Hawking. 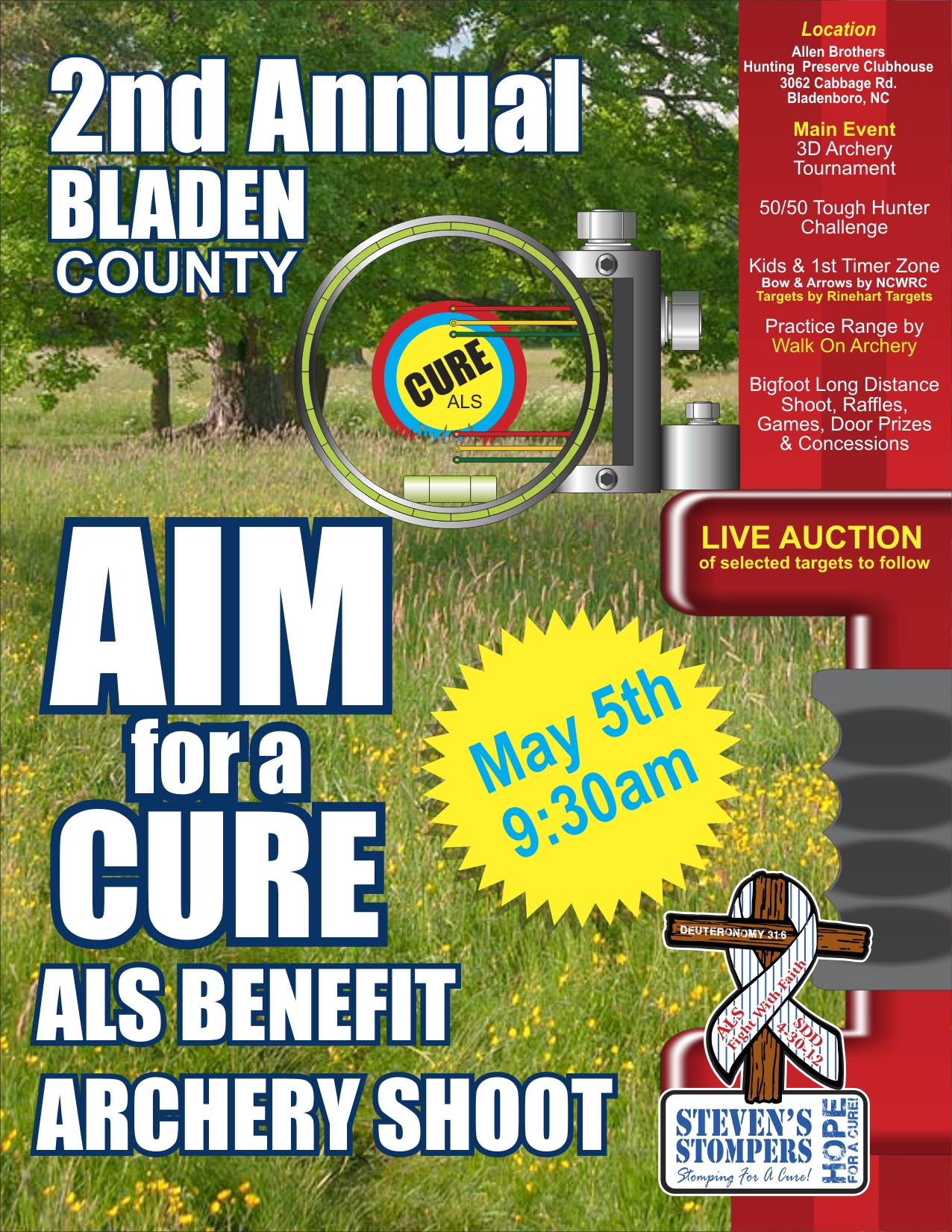 More from EventMore posts in Event »