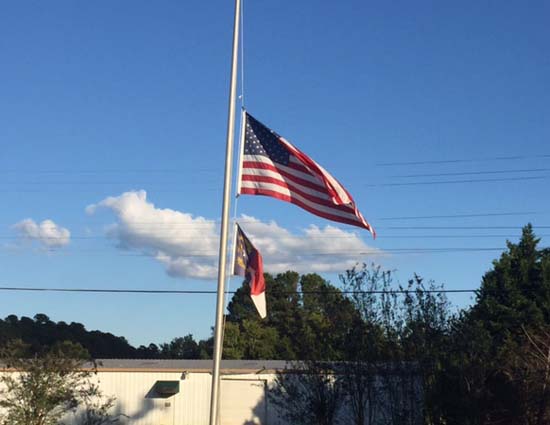 Mr. James Rudolph Inman was a devoted husband, father and loyal American. He passed away on October 8, 2019. Mr. Inman was a business man in Bladen County and served honorably in the military.

According to his obituary, “At the age of 19, Rudolph was inducted in the US Army where he had an exemplary service record in the Fighting 551st Anti Aircraft Artillery Battery, 3rd US Army Division, better known as Patton’s Army. His battles and campaigns included Normandy, Northern France, Ardennes, Rhineland and Central Europe. He was awarded the Good Conduct Medal, the American Theatre Medal with five Bronze Service Stars, the European-African Middle Eastern Campaign Medal, and the World War II Victory Medal.  He was also a recipient of the Purple Heart, On June 15, 2016, he received the Legion of Honour, the highest honor awarded by French Order of Merit for military and civil merits established in 1802 by Napoleon Bonaparte.”