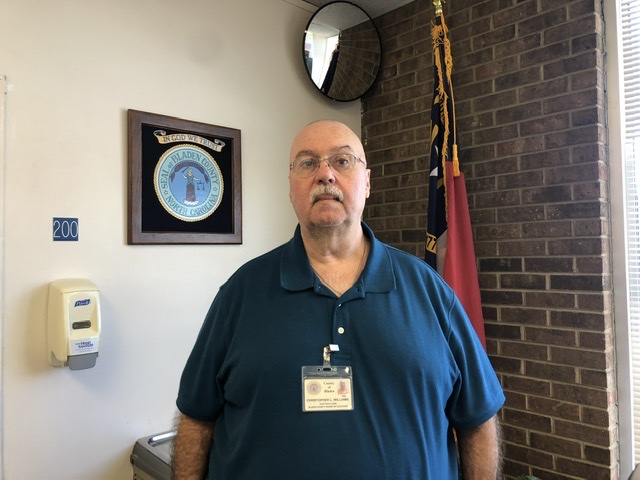 Bladen County Board of Elections unanimously agree on new director

By bladenonline on 10/23/2019
By Charlotte Smith
Bladen County Board of Elections met on Tuesday, October 22 for their second absentee meeting for the current municipal election. The board voted unanimously on Mr. Christopher L. Williams to be the new Bladen County Elections Director.
Mr. Williams has worked in the Bladen County Elections office for two years. Before being voted the new director he held the title Interim Deputy Director. Mrs.Valeria Peacock McKoy who has served as Interim Director will continue to serve in her previous capacity as Deputy Director.
The board also discussed and voted on absentee ballots and discussed one stop voting during the meeting. 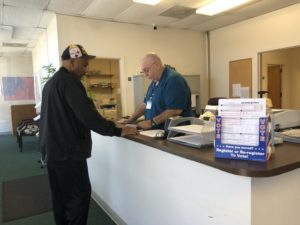 On Wednesday after the meeting Mr. Williams was filling his new role by answering voters’ questions. When a BladenOnline.com staff member asked what his goal is as the new director Mr. Williams said, “I want to make sure everyone gets to vote that is eligible to vote. That is the main goal here.”
The Bladen County Board of Elections Office phone number is 910-862-6951.
Mr. Williams said anyone may call the office for answers to any questions they may have about voting.
Early voting started a week ago on Wednesday, October 16. There have been 351 votes cast since October 16 through yesterday, October 22 at 5 p.m, according to reports sent by Mr. Williams from the elections office.
Early-voting hours are from 9:30 a.m. to 6:30 p.m. on the following dates:
• Monday, Oct. 21 through Friday, Oct. 25
• Monday, Oct. 28 through Friday, Nov. 1
Early voting is held at the Bladen County Board of Elections office, located at 301 S. Cypress Street in Elizabethtown. There is no Saturday early voting during this election.