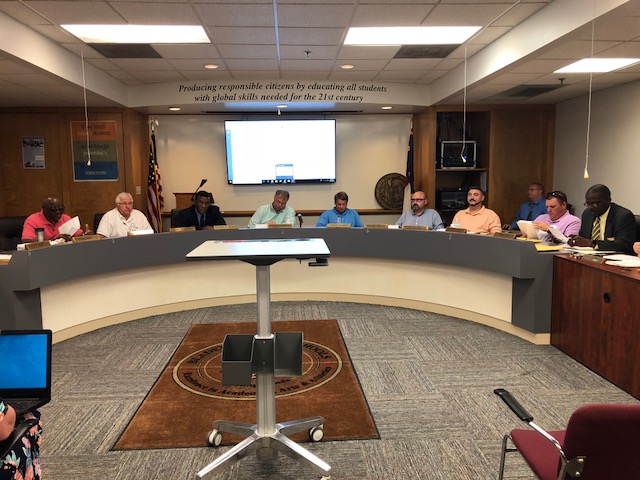 Bladen County Board of Education meets in Special Session Thursday 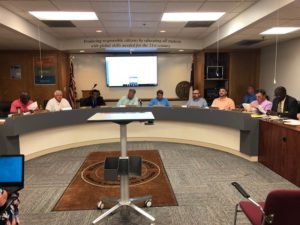 The Bladen County Board of Education met in a Special Session on Thursday and addressed several agenda items and personnel matters.

The Board of Education heard a recommendation from Lou Nelon, Maintenance Director for Bladen County Schools, regarding the pest control contract for the school district. Nelon said the school system is not rebidding the existing contract.

He told the board four bids were received but one was much more comprehensive than the others. Nelon explained that three of the bids were “treat as needed” type of bids and the one recommended was “preventative and treat at the source.”

Nelon said the schools have both pest and rodent problems. Last year, Nelon said the school system had to request a treatment for a bed bug infestation on both its buses and in classrooms. Nelon said the fourth bidder with the most comprehensive contract, Walton and Company of Fayetteville, offered to go to a student’s home and treat for bed bugs should the need arise.

In other business, the board approved the general liability policy, budget amendments, a continuation budget and the Early College Calendar.

The continuation budget was approved for the purpose of allowing the district to continue paying salaries and paying expenses until a budget is adopted.

The board also met in closed session for certified/classified personnel and for matters of client/attorney privilege.