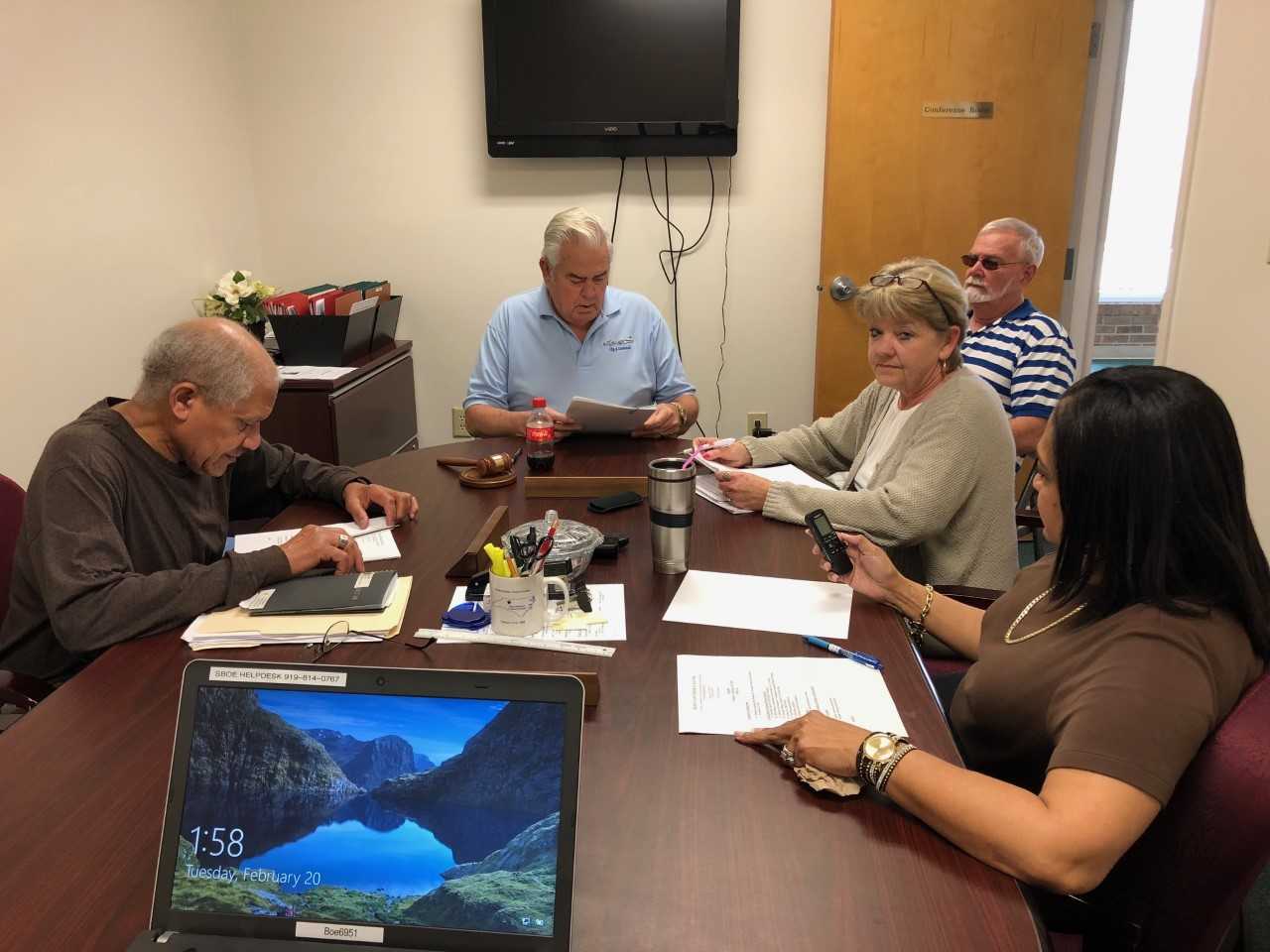 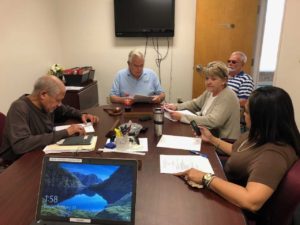 Bladen County Board of Elections Assistant Deputy Director Valeria McKoy told the board there is nothing new to report on the election fraud investigation from 2016.  She did indicate the investigation is ongoing.

“The DA (district attorney) in Bladen and Wake (counties) are looking into it,” said McKoy. She gave no further details and no further discussion was conducted regarding the matter.

The investigation stems from the November 2016 General Election when protests were filed alleging voter fraud in the Bladen County Soil and Water District Board race and the Bladen County Commissioner District 3 race. McCrae Dowless Jr. filed a protest in his race for Soil and Water District Board alleging that about 150 absentee ballots were filled out and signed by a small number of individuals. The complaint alleged a ballot mill scheme was conducted in Bladen County and also alleged irregularities or misconduct with regards to some of the absentee ballots. Dowless’ protest and supporting information was made available to the U.S. Attorney’s Office following a hearing conducted in December 2016 by the N.C. State Board of Elections. Dowless’ 2016 protest also alleges the Bladen County Improvement Association was involved in the election irregularities.

Kenneth Register filed a protest in the race for the Bladen County Commissioner District 3 seat which was denied on appeal by the N.C. State Board of Elections. Register’s protest alleged he witnessed several “software glitches” and saw a memory stick being changed out at a polling location during the Early Voting process.

*The Board of Elections held a lengthy discussion regarding the One Stop Voting plan for the May 8, 2018, primary election. One Stop voting will take place between Thursday, April 12, 2018, and end on Saturday, May 5, 2018.

As of Tuesday afternoon, the Bladen County Sheriff’s race and the US Congress District 9 seat which is held by Robert Pittenger, a Republican, are the only races of local interest which will see a primary election. All other candidates, if they remain unopposed, will advance to the November General Election.

Ludlum argued that the off-year election primary usually has low voter turn out and poll workers are calling about the long hours. After an hour of debating the issue, it was decided the board will reconvene on Tuesday, February 27th, at 2 p.m. to vote on a One Stop proposal.

*The board also heard a brief update on the status of County Board of Elections. The board was told by Board of Elections staff the matter still has not been resolved a the state level.
*The county will conduct mandatory compliance training for campaign finance.
*The board received an update regarding the renumbering of the prosecutorial districts and House districts.