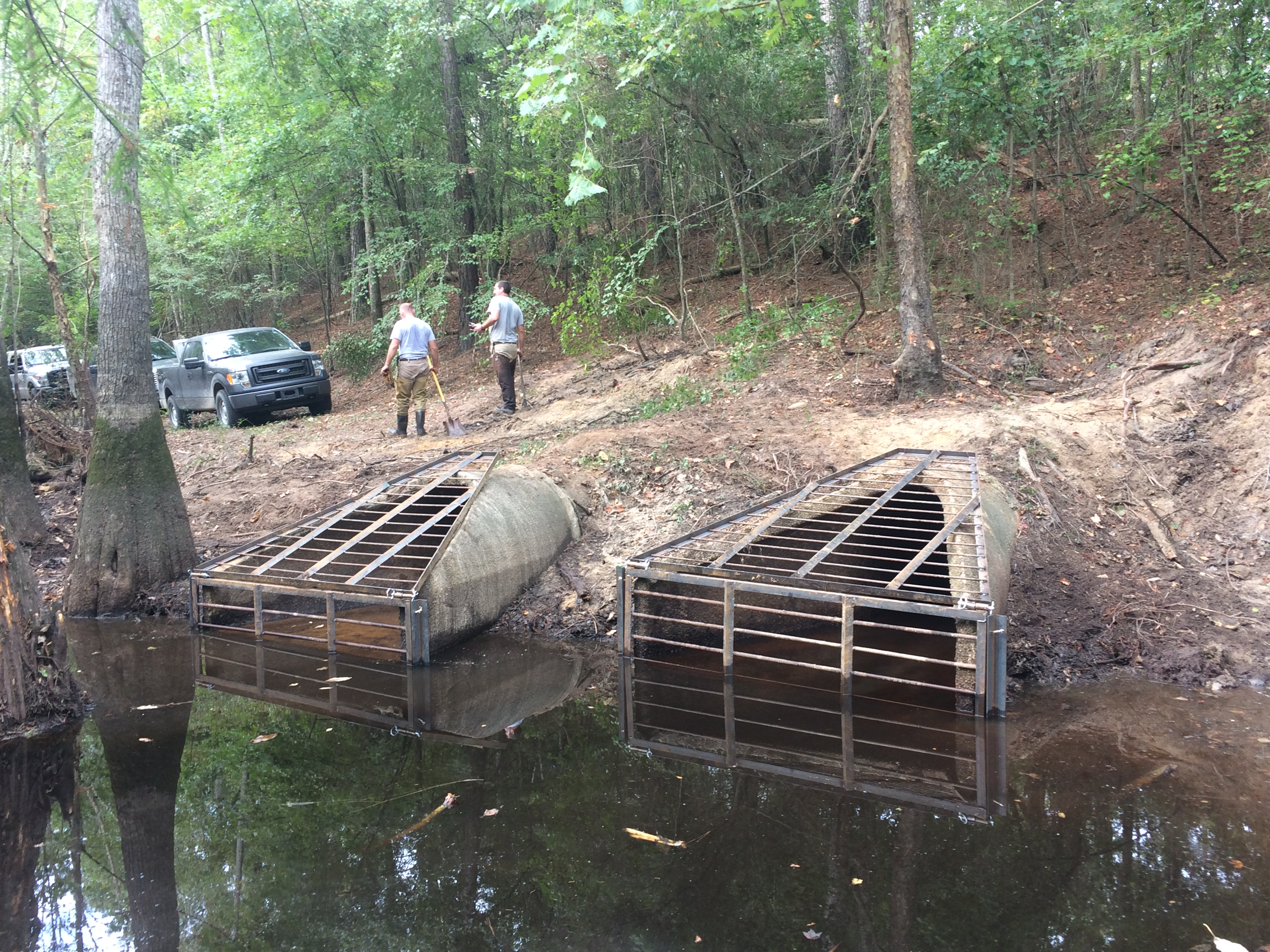 The White Oak Dike in Kelly was severely damaged during Hurricane Florence. The Kelly Dike Committee, the Bladen County Board of Commissioners, other elected officials and the North Carolina Wildlife Resources Commission have been working together to repair the issues caused at the dike by the storm. Today, Chairman of the Board of Commissioners, Charles Ray Peterson announced there was more good news around the Kelly Dike.

The White Oak levee structures on the McFayden tract of Whitehall Plantation Game Land have been cleaned out and new trash racks constructed and installed on the inlet side, according to Brent Wilson  CWB®  RF 1109, Coastal EcoRegion Supervisor

The NC Wildlife Commission agreed to take responsibility of cleaning out the levee structures and installing the new trash rack with the White Oak Dike in Kelly according to Commissioner Peterson.

Early in September, Mr. Peterson confirmed a contractor by the name of Southern Landscaping repaired the breaches and was scheduled to build ramps to protect the dike/levees from traffic damage. The contracted repairs made this far on the dike were funded by the Kelly Water Dike and Drainage District, which had approximately $35,000 to work with according to Mr. Peterson.

The repairs to the dike are only temporary according to reports. The county commissioners agreed to open the county’s discretionary fund for a line item up to $35,000 to help with the dike repairs, at the last commissioners meeting no funds had been used from the discretionary account.

The Governor needs to approve the budget so we can access the funds needed for the study, Mr. Peterson said.