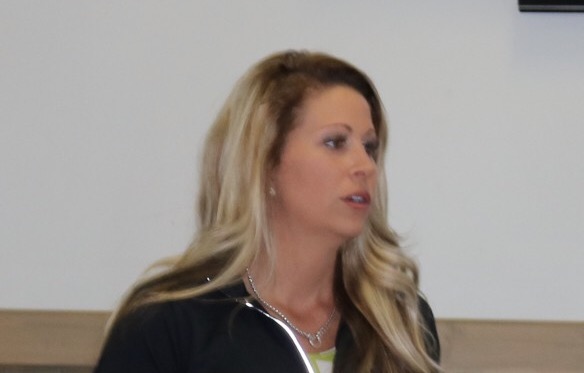 Update: Bladen County Commissioner Ashley S. Trivette entered an Alford plea in Brunswick County Superior Court on Friday afternoon. According to US Legal,  in an Alford Plea, the criminal defendant does not admit the act, but admits that the prosecution could likely prove the charge. The court will pronounce the defendant guilty. An Alford plea allows defendant to plead guilty even while unable or unwilling to admit guilt.

Superior Court Judge John Nobles sentenced Trivette based on the plea bargain. According the defendant’s attorney, Bill Powers, Trivette plead guilty to the DWI charge and the misdemeanor Child Abuse charge was dismissed.

She received 120 suspended and 12 months of unsupervised probation. She was also sentenced to “30 days” and Judge Nobles gave Trivette credit for time she spent in treatment. She was also ordered to pay a fine of $250 and court costs. She will have 90 days to pay the fine.

Trivette must also surrender her drivers’ license and is not allowed to drive “until authorized by the NC Department of Transportation’s Division of Motor Vehicles.”

Cumberland County District Attorney Ernest Freeman handled the case for the State. He told the court there was one aggravating factor in the case and that was the fact a child under the age of 18 was in the car.

Freeman read the facts of the case to the court. He said a Brunswick County Deputy observed Trivette’s vehicle on the side of the road and stopped to see if she needed assistance. According to Freeman, Trivette had stopped to input an address in her GPS device. Freeman said, in talking with Trivette, the deputy observed signs of potential intoxication. The Deputy called for a Trooper who responded and also noted possible signs of intoxication. According to Freeman the Trooper also noted a 5-year old child in the backseat.

After getting two positive breath samples, Trivette was arrested and taken to the Brunswick County Detention Center where another test was administered and Trivette blew a .10, according to Freeman.

Trivette was present during the proceedings. Following her court appearance, Trivette referred all questions to her attorney Bill Powers.

Speaking on Trivette’s behalf, Attorney Powers said, “She thought it was important to take responsibility both for herself and for her family.”

Attorney Powers said North Carolina’s DWI laws are “tough.” He added that his client did not get any special deals or special treatment.

McDuffie added about the charges, “It isn’t anything we are proud of and I am sure she isn’t proud of it either. She might decide to give up that seat, but I don’t know what she might do. I would just be guessing.“