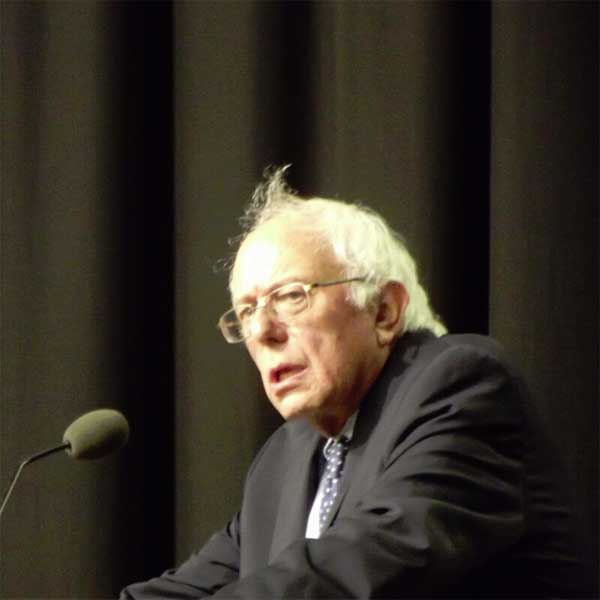 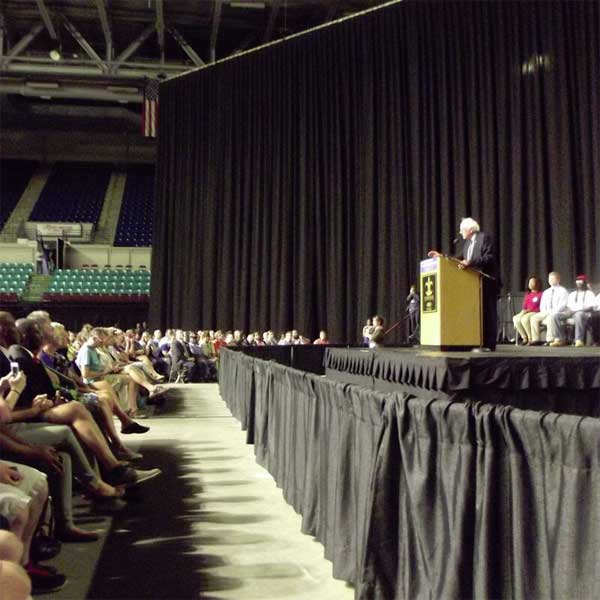 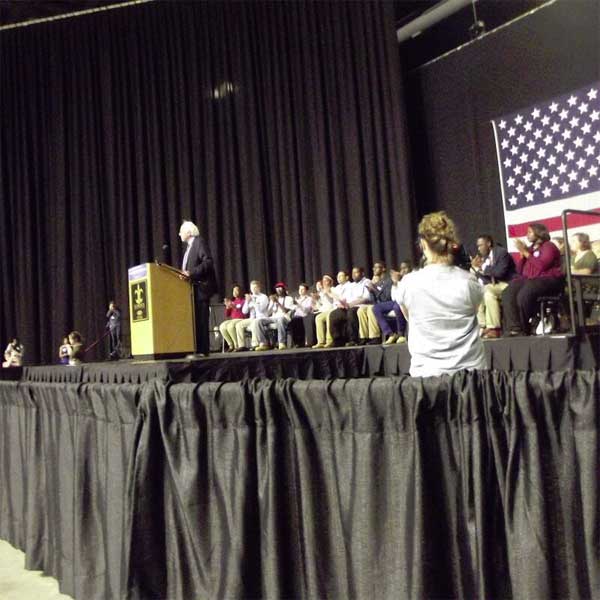 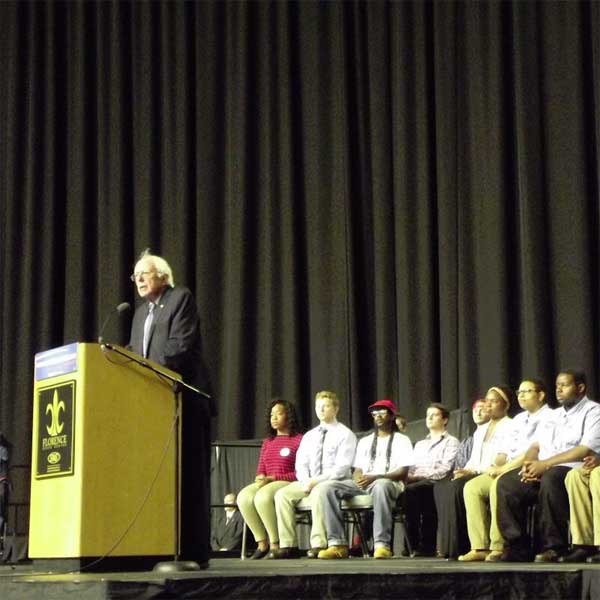 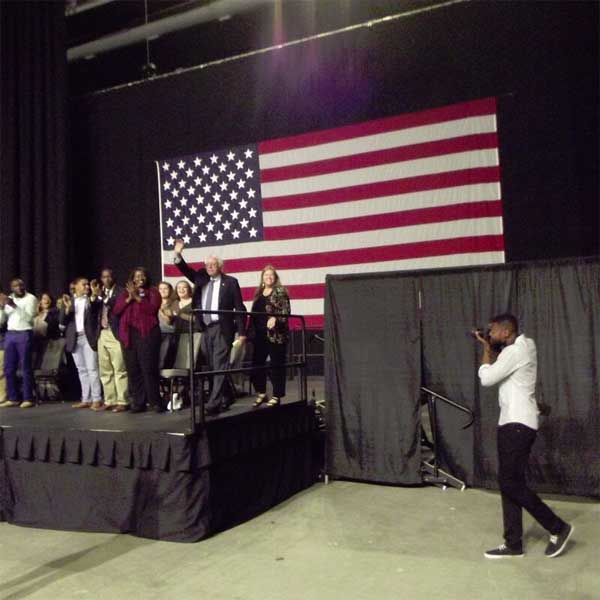 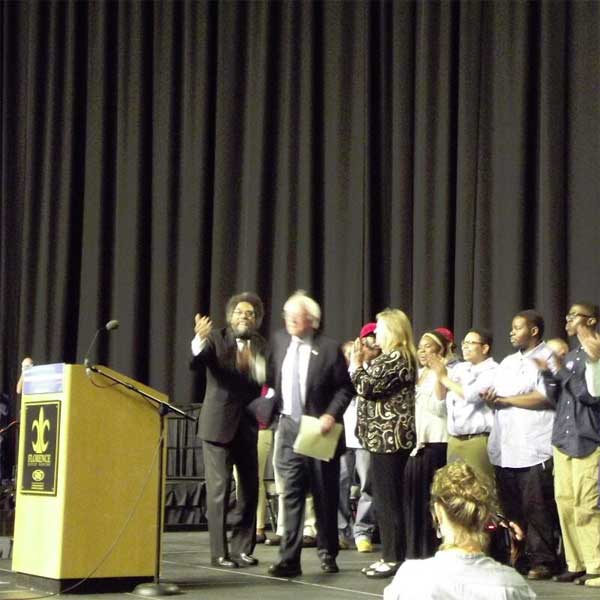 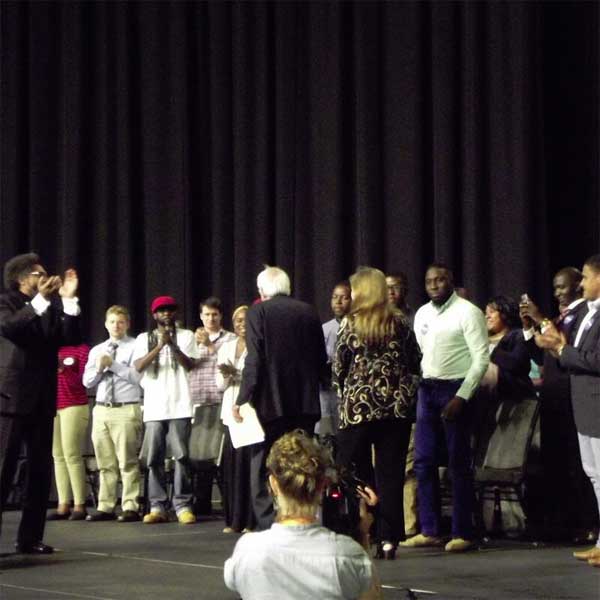 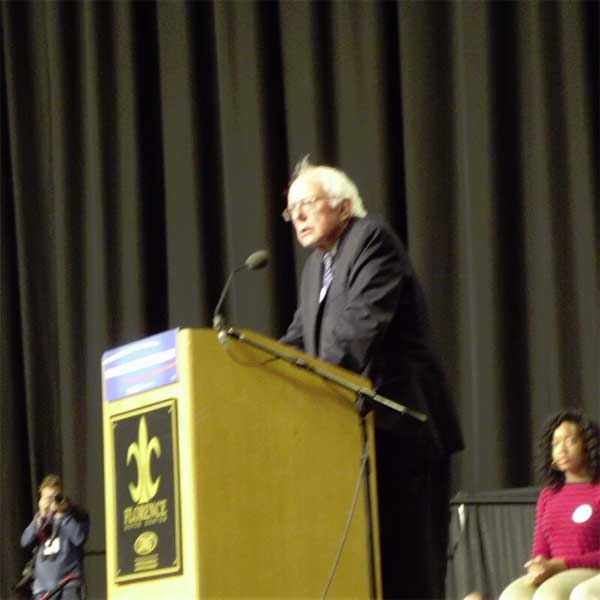 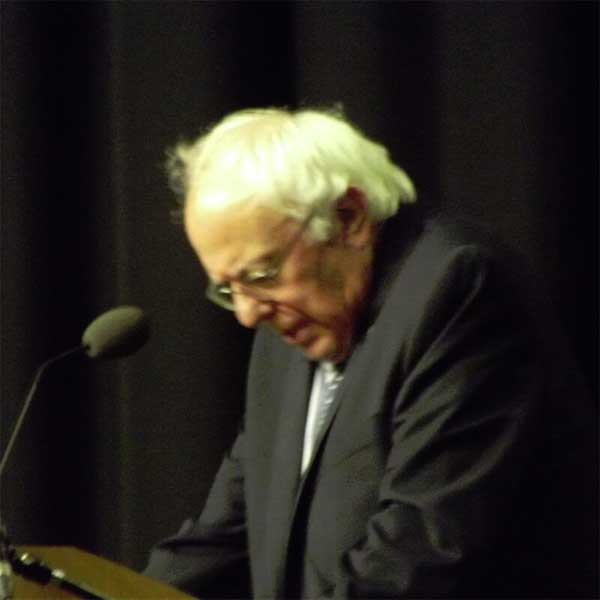 By: Jen Lutz
For those of you who think Bernie Sanders is to old for this race, think again. After delivering a one hour speech to a crowd of 1000 in Columbia, SC, he traveled to Florence where he was met by a crowd of around 600 plus. Bernie was introduced by Media commentator, author and philosopher, Dr. Cornel West, and entered the room with energy to spare, proceeding to deliver another one hour speech. What I witnessed was a man full of life and dedicated to being an advocate for all citizens of this great nation.

Sanders’ Florence speech also covered his plan to restore voting rights protections, provide free college tuition at public schools and raise the federal minimum wage to $15. His support for providing at least 12 weeks of universal paid family and medical leave was met with one of many standing ovations he received during the course of his speech.

As polls show his support rising in Iowa and New Hampshire, Sanders plans to spend more time introducing himself to voters in South Carolina and other states. Following stops here, he has scheduled events on Sunday in North Carolina and on Monday in Virginia, including a speech at evangelical Christian Liberty University in Lynchburg.