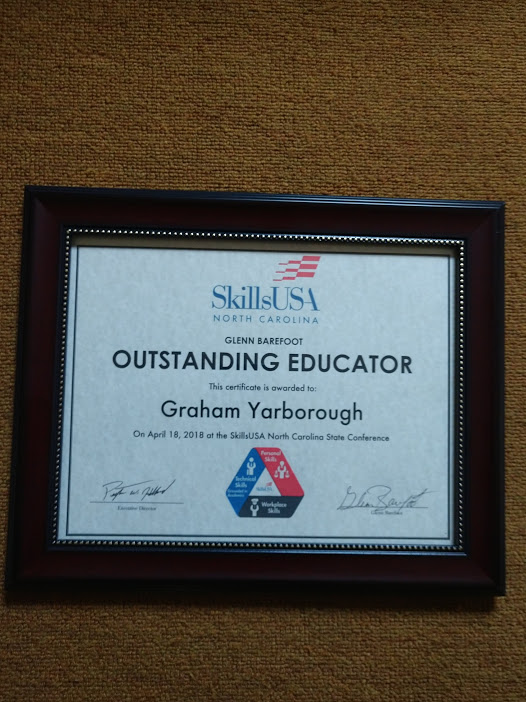 A Bladen County educator was recognized as the Glenn Barefoot Educator of the Year at the Skills USA competition last week.

“It was incredibly humbling to be recognized by your peers in a humbling way,” said Graham Yarborough.

He added that he was unaware he had been selected to receive the honor until he was called to come onto the stage during the awards ceremony at SkillsUSA.

Yarborough said in 1965, the organization went under the name of VICA Club and in 1999-2000 the organization underwent a transition at the national level and eventually became known as SkillsUSA.

Published in Education and News