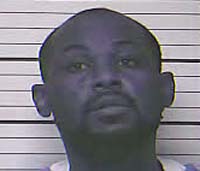 Bladen County Habitual Felon Sentenced Up To 10 Years in Prison

A man from Bladenboro who was accused of shooting a man last Christmas Day and was apprehended in February on a drug charge, was sentenced up to 10 years in custody following guilty pleas Wednesday in Bladen County Superior Court.

Keith Powell, 36, entered guilty pleas to assault with a deadly weapon inflicting serious injury, possession of a firearm by felon and selling a Schedule II controlled substance, according to a news release from the Bladen County District Attorney’s office. Powell also pled guilty to habitual felon status. He received a sentence between 96 and 128 months in state custody.

The cases stemmed from a Christmas Day 2018 shooting on Lennon Drive in Bladenboro, the District Attorney’s office said. Bladenboro officers responded to a report of shots being fired in the Lennon Drive area. Upon arrival, officers found a man who said he had been shot once in the arm and that the shooter had fled.

Investigators determined that Powell was the shooter, according to the news release. He also was being investigated for selling cocaine.

Powell was caught in February in Elizabethtown as officers were investigating a shooting at the Benjamin Manor Apartments.  Powell was found to have drugs at that time and also was wanted on outstanding felony warrants. He has been in custody since that time.

Powell had prior felony convictions for possession with intent to sell or deliver cocaine, second degree kidnapping and conspiracy to commit common law robbery.