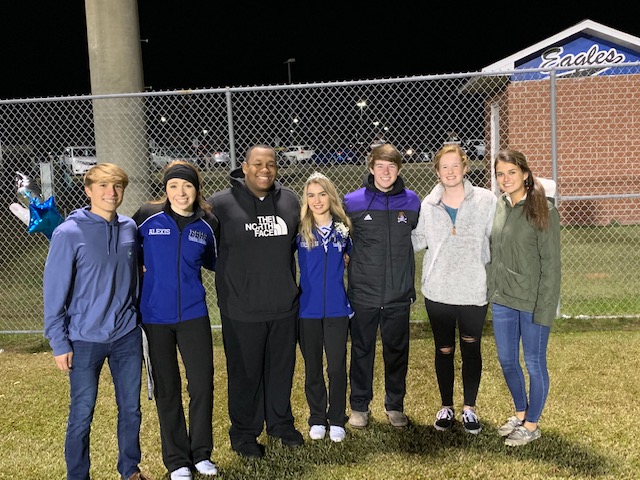 Many in Bladen County may know that the Key Clubs at both East and West Bladen High Schools have been collecting canned foods throughout the month of October. The annual Can Food Collection Challenge is a contest between the two local high schools to collect canned food to benefit the Bladen Crisis Center food bank and other local food pantries. 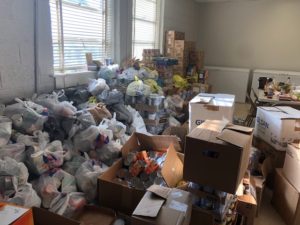 This year the Key clubs took the torch for the canned food drive and the totals were announced during half time at the East verses West football game. The announcer, Mr. Les Hill said, “Lets start with the Home team, East Bladen collected a total of 3,703 cans. The reigning champion Knights collected 4,563 cans… Total cans collected for Bladen County citizens, 8,266 cans.”

“Wow, great job students! Congratulations to the West Bladen Knights, the winner of our 2nd annual Key Club food drive, presented by the Elizabethtown Kiwanis Club; serving the youth and children in our community,” the Mr. Hill exclaimed. East and West Bladen High Schools did a tremendous job of collecting food to help feed those in need.

West Bladen Key Club Co-President, Ana Zurita Posas stated, “I just wanted to say thank you to all for donating and helping count cans. In total, we collected 4,563 cans, which is a great number! Bladen County will benefit tremendously from it!“

Mrs. Jennifer Hair, a Key Club School Advisor said, “This is a great thing for our pantries.” 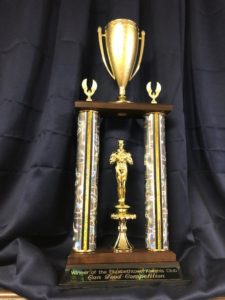 West Bladen High School was able to keep the competition’s trophy for the second year in a row presented by the Kiwanis Club.

Mr. Daine Smith, Vice President of the Elizabethtown Kiwanis Club said, “To gather over 8,000 cans collectively there are no losers and the community wins. While the rivalry is fun the students understand its about getting the canned food into the community.”

The Co-Presidents from West Bladen are attending a leadership conference this weekend sponsored by the Elizabethtown Kiwanis Club.