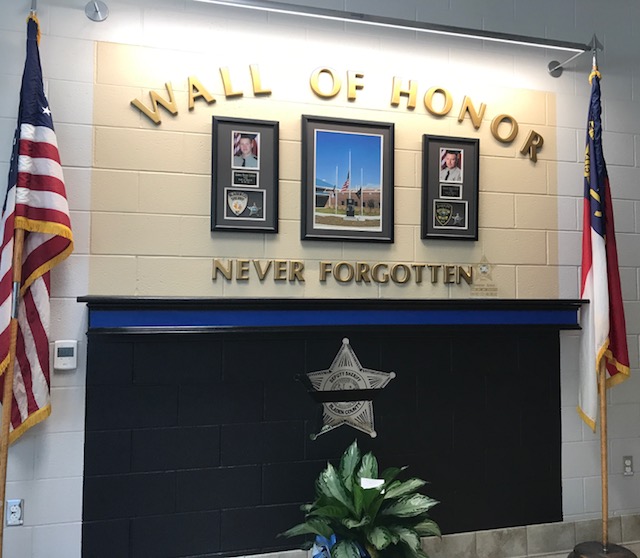 Today marks 16 years since Bladen County lost a beloved officer of the law. Many citizens mark today’s date with tributes and memorials. The new Law Enforcement Center also has a special place of honor for the fallen.

Bladen County Deputy Sheriff, James Brian Collins number 33 passed away on September 26th, 2001 while on duty according to reports. Collins was in a high speed vehicle pursuit of a felony suspect when he turned into a sharp curve in Elizabethtown causing his vehicle to go off road and crash.

Deputy Collins passed away due to his injuries. He was 27 years of age at the time of his death.

The “Wall of Honor” at the Bladen County Law Enforcement Center  has a photo of Collins with his patch and badge. Also featured on the same wall is another beloved officer, Deputy Sheriff Dewayne Charles Hester. Deputy Hester was also in a vehicle accident while on patrol for the Bladen County Sheriff’s office back in June 2012. September is Deputy Hester’s birth month as well.

A new monument was also erected at the center to honor those officers lost while serving the mother county.