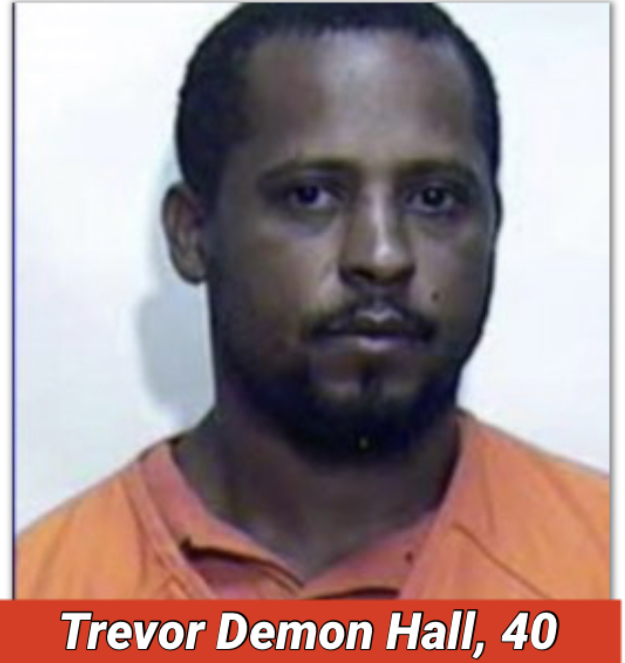 Bladen County Man Pleads to Shooting, Sentenced to up to 11 Years in Prison

ELIZABETHTOWN, NC – Trevor Demon Hall, 40, of Reigelwood, entered
guilty pleas in Bladen County Superior Court to charges of Assault with a Deadly
Weapon with Intent to Kill Inflicting Serious Injury and Possession of Firearm by Felon related to a 2018 shooting in East Arcadia, according to a press release distributed by the Jon David District Attorney’s office.

As a result of the guilty pleas and Hall’s admission to Habitual Felon status, he was sentenced to 104-137 months in the North Carolina Department of Adult Correction.

Shortly after midnight on November 22, 2018, deputies responded to a clubhouse in the East Arcadia community in reference to a shots fired call.

Upon speaking with witnesses, deputies were told that an individual who was later identified as Hall entered the building and got into a verbal altercation with the victim. Hall then struck the victim in the face before producing a handgun, firing twice, and striking the victim in the left leg.

The victim was transported by ambulance to New Hanover Regional Medical Center where he underwent surgery to remove the bullet from his leg. Following the surgery, the victim was treated and released from the hospital.

Hall’s prior felony convictions include Robbery, Breaking and Entering, and
Larceny.