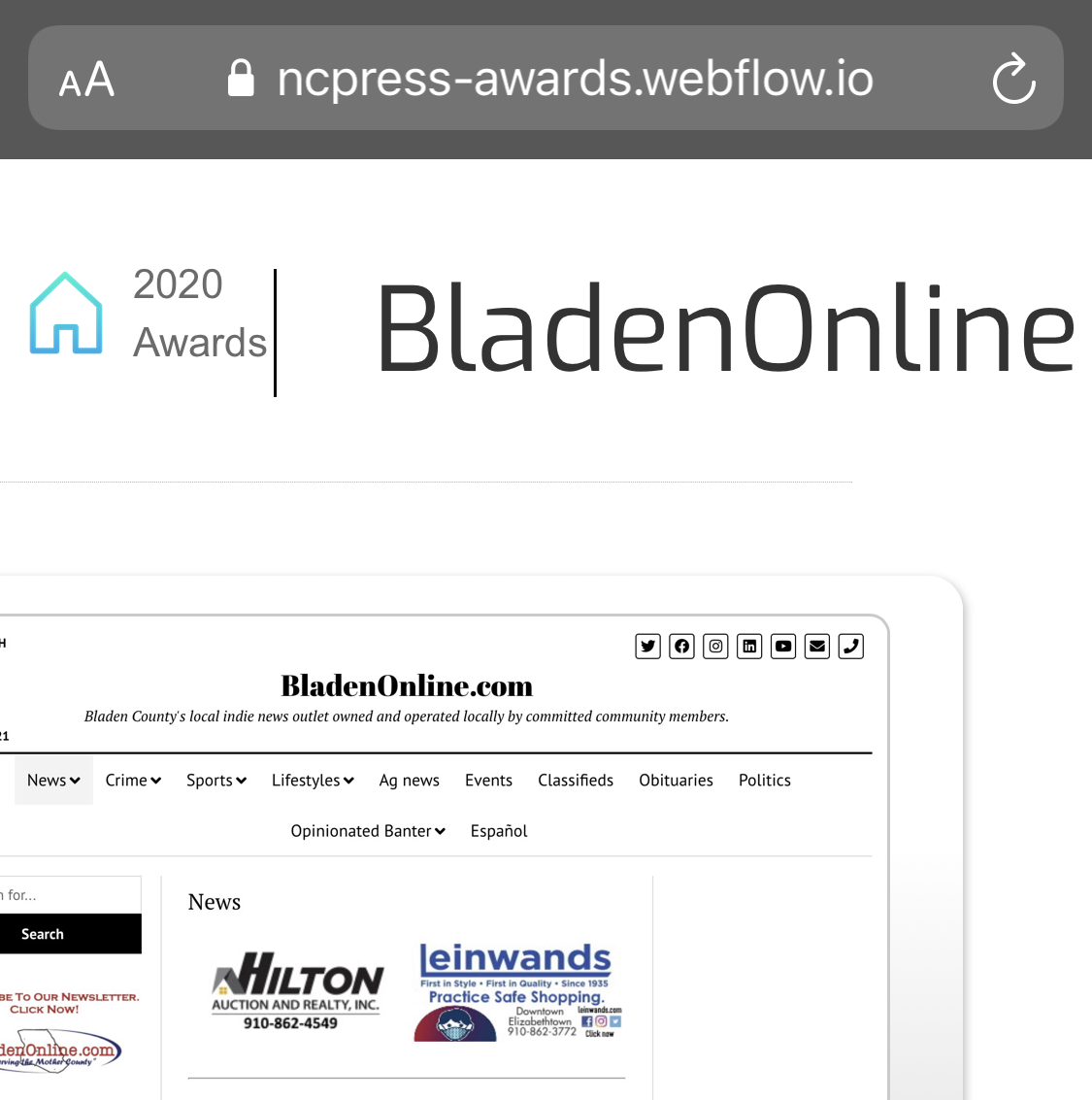 North Carolina Press Association members were honored during the 148th annual convention held virtually due to Covid-19 protocols and made available to NCPA members on Friday, February 26, 2021. NCPA’s editorial and advertising contest is one of the largest in the nation, with over 4,000 entries submitted by more than 100 newspapers and news organizations. Judging was completed by members of the West Virginia Press Association.

Cara Beth Lewis won first place in Religion & Faith Reporting for her article, Withstanding the Test of Time. The judge of the award noted, “The article gives a good background of how the church came to be.”

Kenneth Armstrong won second place in Photography, Sports for his coverage of Larrell Murchison in the NFL.

Charlotte Smith won second place in Community Coverage for her article,  Many Turn Out for COVID-19 Testing in Bladen County, and the BladenOnline Team won second place for their e-newsletters.

The BladenOnline Team won even more awards in the advertising divisions.

Kelly White, Joseph Miller, and Charlotte Smith won second place for the 2020 Graduation special section. The team also won an award sponsored by METRO Creative Graphics. The NCPA presented a sweepstakes award for the most points won across all advertising categories. This year BladenOnline received the award in their division.

In the Community newspapers, division B, the Bladen Journal also came in second place for a General Excellence award for their website.