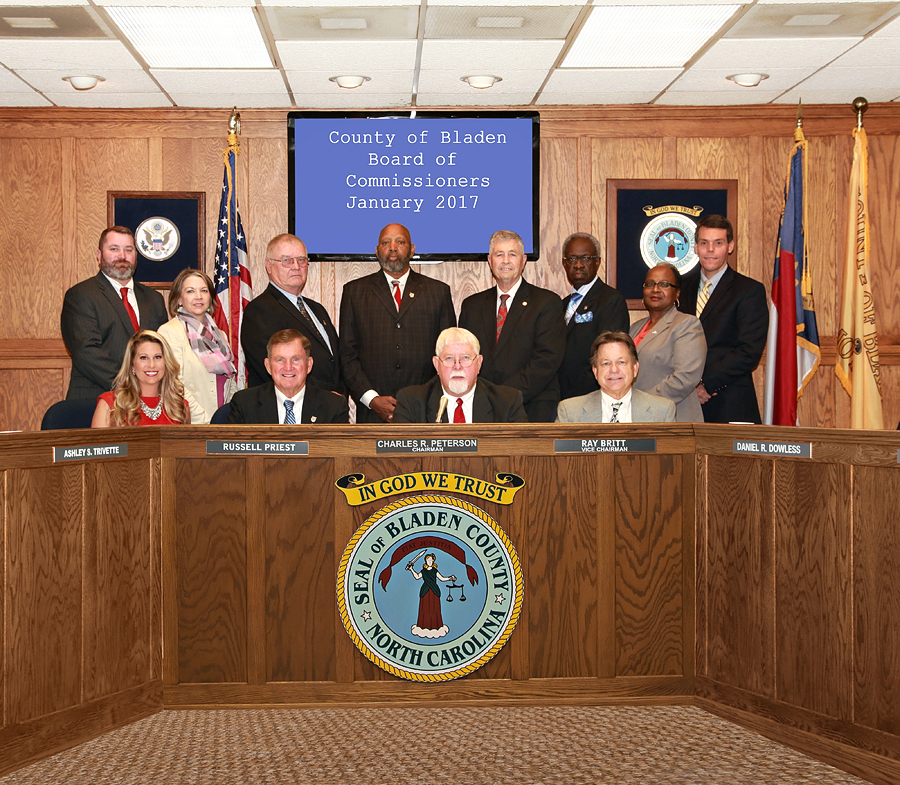 Chairman of the board, Charles Ray Peterson explained the proposed salary increases as some employees’ salaries are at the right level for their job description while others are not at a competitive rate before referring the answer to County Manager, Greg Martin.

“We are just trying to make it more competitive based on market in the system that has internal equity,” Martin explained.

Commissioner Arthur Bullock said, “We have 64 individuals who will receive a raise of more than $4,000 and several in there only receive $300, to me that will affect morale.” He ended his comments by asking, “How are we going to pay for all this?”

Peterson took the floor and said, “Every year it comes budget time the employees always take the back seat. Every year the employees are the ones we cut. This pay study is the most important thing Bladen County has done in a long time because it’s going to bring a lot of people up.”

Bullock countered Peterson’s comment explaining his [Bullock’s] plan would to be give those behind five and half percent and the others four and half percent increases so there is not a large variation on salary raises.

Commissioner Ashley Trivette explained she feels the employees who have not been paid a competitive rate needs to receive the larger percentage of raises to help morale. Trivette said, “I want to give them 100%.”

“Can we sustain this every year to add $829,000 in salaries every year?” Cogdell asked.

Martin answered Cogdell’s question stating ongoing revenue sources to maintain this ongoing expenditure are the viper system will be paid up and free up $200,000. One other factor, the new article 44 revenue sales tax provided $750,000 last year, that is a recurring income to the county and has provided a cushion.

Commissioner Dr. Munn-Goins said she supported the 100% and the 2% across the board. However, the board did not reach a motion that carried. The proposed budget did not pass. Another meeting will be held Tuesday, June 20th at 3:30.